by Sarah Bowen: Munching through the Halloween and Christmas holidays alone, Americans consume over a billion dollars of chocolate each year… 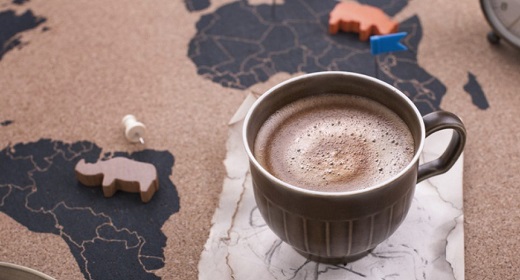 Turn your sweet tooth into a delectable sacred practice with a side of mindful advocacy.

Chocolate traces back to early Mesoamerica, courtesy of the Mokaya people, Mayans, and later the Aztecs who drank Xocolatl to open their minds to the spirit world. Cocoa also appeared in wedding ceremonies and anointed the heads of babies. Warriors drank it to improve strength, and men downed it to enhance sexual stamina.

While making a real mess in the so-called “New World,” European explorers became chocolate fans, and eventually Franciscan friars brought chocolate to Spain. A fierce century-long debate ensued on whether chocolate could be drunk on fast days—Jesuits said yes, Dominicans countered no. A few poor souls even got caught in chocolate-related Inquisition prosecutions. Eventually, Pope Alexander VII settled the debate in 1666, declaring “Liquidum non frangit jejunum.” Thus, during lent liquid chocolate (without milk or sugar) could indeed be consumed.

The Spirituality of Chocolate

These days, chocolate often appears symbolically―from Easter baskets to Hanukkah gelt. Yet, it also continues to be used spiritually. Bhante Suddhāso, a Buddhist monk ordained in both the Theravāda and Soto Zen traditions, reveals, “Even monks and nuns who follow the ancient tradition of not eating dinner will often eat chocolate in the evening, valuing its ability to gently elevate mood and stimulate mental energy prior to meditation. Dark chocolate is seen not as a food, but rather as medicine with valuable therapeutic properties that can be eaten at any time of day.” (For those who have taken a Bodhisatva vow or are living a #yogalife, just make sure to stick to dark chocolate—avoiding milk-containing versions―for the sake of compassion.)

Try this practice to embrace the spirituality of chocolate:

How to Source Ethical Chocolate

Deeming chocolate as sacred requires thinking mindfully about where it is sourced from and the impact of its consumption. The chocolate industry is well known for some questionable practices that devalue the plants, animals, and humans where cocoa is grown and processed. Mindful eating means mindful research. Below, check out two of my favorites:

Forrest-friendly Raaka Chocolate uses ethically sourced organic cacao, which is produced using sustainable agroforestry in ways that “value the growers, producers, and makers whose livelihoods depend on cacao and chocolate.” The resulting bars are certified organic, kosher, and non-GMO, as well as gluten, dairy, and soy-free.

On its website, Raaka divulges much more than just the ingredients in each bar. With a dedication to “transparent trade,” it notes the exact origin of the beans, the community that sourced them, as well as the price paid versus commodity and minimum fair-trade pricing.

Take the Pink Sea Salt bar, for example. Its beans are sourced from Reserva Zorzal, a bird sanctuary in the Dominican Republic which “aims to tackle big obstacles like climate change and deforestation through the preservation of one tiny songbird with a chipper voice, the Bicknell’s Thrush, zorzal de Bicknell in Spanish.” Thirty percent of the reserve is dedicated to sustainable agriculture which allows the other 70 percent to be designated “forever wild.” Raaka paid 51 percent above the local market price to help workers in the area thrive. What’s more, carbon credits were purchased to offset the environmental cost of trucking the beans.

Most dog owners know this important canine wellness rule: Don’t feed your pup chocolate. Indeed, while humans can process the theobromine and caffeine in chocolatey sweets, dogs are sensitive to them. Adverse reactions include hyperactivity, gastrointestinal issues, and even cardiac issues.

Paradoxically, Brooklyn-based artisanal chocolate company Rescue Chocolate saves dogs’ lives. Inspired by a walk with a rescued pit bull named Mocha, founder Sarah Gross Feoli explains, “I was savoring the last bite of a dark chocolate bar before heading out for our morning walk (doesn’t everyone eat chocolate for breakfast?!). Suddenly it occurred to me: Why not put together my two loves? How about developing a scrumptious new dark chocolate line, selling it, and donating the profits to animals in need?”

As her plan developed, this call to a higher purpose meant creating bars with organic, fairly-traded, vegan chocolate free from artificial preservatives and structuring the company as a Certified B Corp.

Beyond donations, Rescue Chocolate creatively enlightens consumers about animal welfare issues. Team member Susan Rochelson offers, “Education is a really big piece of what is necessary in the animal rescue world. So many people just don’t know what the problems (or solutions) are. Each of our flavors highlights a different rescue issue, and links on our website steer people to further resources.” For example, the Off the Chain Chia bar points out the dangers of entanglement and injury for staked dogs. The Pick Me! Pepper encourages choosing pets from animal shelters instead of breeders. Rochelson notes, “A few years ago, America was killing 18 million homeless dogs and cats per year. That number is now down to around three million. Which is still horrendously high, but the downward trend gives one hope.”

In response, I grab a Peanut Butter Pit Bull bar, sit down on my meditation cushion, and direct my mind and heart to all those little four-leggeds waiting for their forever homes: May you be sustained. May you thrive. May you be treated with gentleness.