Electric Cars Cost Less To Own — Consumer Reports Agrees With Us 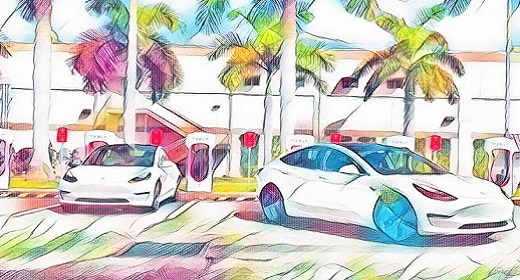 Actually, the first ones I published were probably 7 years ago or so. As electric car technology (esp. battery technology) has improved, the comparisons have gotten more and more compelling. Nowadays, any of the most advanced, most competitive electric vehicles on the market should easily outperform their gasoline-powered class competitors while costing less (unless you drive very little). Consumer Reports agrees.

“Owning a plug-in electric vehicle today will save consumers thousands of dollars compared to owning a gas-powered vehicle, according to a new analysis by Consumer Reports comparing electrics to CR’s top-rated vehicles, as well as the best-selling, most efficient, and best-performing gas-powered vehicles on the market.”

There actually are important caveats and assumptions you have to pay attention to. There are big differences from individual to individual on key factors influencing the results, such as total miles driven per year. Therefore, I routinely recommend that anyone interested in comparing lifetime costs copy my Google Sheet and input their own best assumptions. However, if you just assume averages or common scenarios, it’s easy to come to the general conclusion Consumer Reports shared. So, I personally have no problem with the simplistic statement. And lucky for Consumer Reports, there is no comment section under its news releases.

Getting into the specific findings a little bit further, here’s the whopper:

“The analysis found lifetime ownership costs for the most popular EVs on the market under $50,000 are typically $6,000 to $10,000 less than the best gas-powered vehicles in their class*. Tesla’s Model 3, the best selling EV on the market, delivered the biggest savings: at least $15,000 compared to both the BMW 330i (best selling) and Audi A4 (top rated).”

Here are some of the core ways electric vehicle owners are expected to save money over conventional gas car owners:

The savings are so big that Consumer Reports estimates the extra upfront cost of an EV will be covered within the first year of ownership, leading to growing net savings as the following years proceed.

Along with the Tesla Model 3 and Model Y, popular models to create TCO (total cost of ownership) comparisons for, and the Ford Mustang Mach-E, a new favorite of mine, the Consumer Reports analysis covered the Nissan LEAF+ and Chevy Bolt. Additionally, it went into plugin hybrid territory and came to similar conclusions for the Toyota Prius Prime, Honda Clarity PHEV, Toyota RAV4 Prime, and Ford Escape PHEV. All of the models easily beat their gas-powered siblings and rivals in terms of estimated 5-year cost of ownership.

The organization also notes that used-car buyers, which is the majority of the market, will also benefit considerably once they get a used EV because many of the big savings are operational and don’t go away. “Consumers in the market for a used vehicle, which make up 70% of car purchases, are poised to benefit significantly as they get access to these mainstream EVs over the coming years. Since previously-owned vehicles cost less upfront but have greater maintenance and repair costs, consumers in the market for a used vehicle are in line to pocket a significant portion of an EV’s overall lifetime savings potential.”

You can check out the full report here.

For more on my total cost of ownership comparisons between a few top electric models, see:

“Today’s mainstream electric vehicles have what many consumers are looking for, including enough range for most people to do their daily driving without relying on public charging, while also delivering excellent acceleration and a quiet ride,” Chris Harto, senior policy analyst at Consumer Reports. As a Tesla Model 3 Standard Range Plus (SR+) owner, I fully agree that the car offers everything I want and need. Also, we actually live without home charging, something that has allowed us to spend $0 charging in more than two years.