by Ed and Deb Shapiro: We’re all dealing with fear right now: Fear of catching or dying from covid, fear of the unfamiliar, of loneliness, boredom, loss, depression, the list goes on… 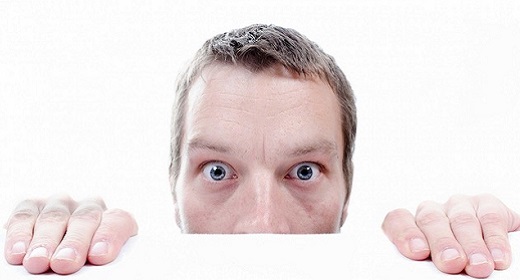 We’re also dealing with political lies and probable election chaos, let alone environmental disasters. That’s a lot to deal with. How do we keep our sanity in the midst of it all? How do we maintain what is important when everything seems so meaningless?

Sanity is based on accepting what is. This means not resisting, resenting, or wishing for things to be different. Acceptance doesn’t mean we become like doormats to be walked on, but it does mean we can make friends with what is.

On the one hand fear is a natural response to physical danger, but on the other it can be self-made, like the fear of failure, of the dark, of being different, or of being alone. We fear sharing love as we fear being rejected, fear being generous because we fear scarcity, fear sharing our thoughts in case we appear wrong or stupid, and we fear our own beauty so we become riddled with self-doubt and insecurity. Such fear can make us wary of love and spontaneity, keeping us emotionally frozen, unable to move forward.

“Fear is natural. Your body spent hundreds of thousands of years perfecting it,” says psychologist Gay Hendricks. “It’s normal; it’s human. Breathe with it. Above all, don’t tempt the universe by shaking a fist at fear and saying that you won’t acknowledge its existence. That is like shaking your fist at thunder and saying you’ll never listen to it again.”

Fear can appear real even though it may have no real substance. It arises when we feel threatened or are facing the unknown, making us cling to the known and familiar. Just for a moment, let your body take a position of feeling fearful. What is your posture? Most people hunch their shoulders forward, cross their arms across their chests, or assume a similarly contracted defensive pose that shields the heart. In this self-protective stance, the heart goes out of reach and it’s impossible to feel love or even friendliness.

Stand with your arms folded firmly across your heart, and try saying, “I love you” with real meaning. Hard to do! Now try taking the posture of love. Watch how your body opens and expands, your arms reaching outward, inviting and accepting. With your arms stretched wide, try saying, “I’m fearful” and really mean it. Hard to do!

When fear is rising, we can use both mindfulness and the breath to stay receptive, breathing consciously into the heart area while naming fear as fear. Watch what happens to the body as fear tries to take hold. As long as we keep the body open and in a place of complete acceptance, it will be very hard for fear to establish itself.Where fear closes the heart, love embraces it. Watch how your breathing gets deeper, fuller. Fear may still be there, but love can welcome and embrace it. Where fear shuts out love, love holds fear tenderly.

In other words, being fearless doesn’t mean stopping or denying the fear; it’s not the same as being without fear. Rather, fearlessness is fully feeling the fear, naming it, getting to know it, and then going beyond it. Fear may stop us from facing our demons and participating fully in life, but fearlessness gives us the courage to greet the unknown. We become unshakable, confident and joyful, with fear as an ally.

Ed & Deb are the authors of newly released: The Unexpected Power of Mindfulness & Meditation, and The Art of Mindful Relaxation. Deb is the author of Your Body Speaks Your Mind, now in 19 languages. See more at EdandDebShapiro.com