by Helen James: Misalignments in the body compromise the architectural integrity… 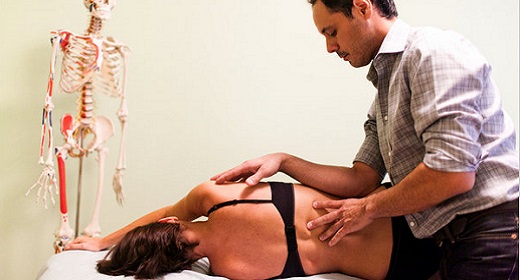 At the tissue level, fascia shortens and thickens as the body engages in compensatory strategies to maintain itself upright; these changes are known as myofascial contractions. In physical therapy, there are several methods by which practitioners treat neck dysfunction. However, studies showing the effect of those techniques are limited.

The purpose of this study was to investigate the effect of rolfing structural integration (RSI) in neck motion and pain levels of 31 subjects who received RSI. RSI is a type of therapy that focuses on aligning the human body with gravity.

This retrospective study, over a period of 3 years of clinical practice, analyzes changes in motion and pain levels at the neck for 31 subjects who completed the RSI in 10 basic sessions. Participants were evaluated before and after they received RSI. The data collected included: age, sex, occupation, referral source, diagnosis, height, weight, photographs of postural views, range of motion (ROM), pain, and functional complaints. ROM was assessed with the use of an arthordial protractor. Data analysis using three-way analysis of variance (ANOVA) tested the hypothesis at a significance of 0.5.

The mean pain levels and active range of motion (AROM) of the neck before RSI significantly changed after the treatment (p<0.5): there was a decrease in pain and an increase in AROM. Pain levels/AROM-Age within-subject effect demonstrated significant difference only in pain at best and rotation right; the mean pain levels in the older group decreased by 67%, and the mean AROM for rotation right in the younger group increased by 34%.

In this sample, pain now was reduced more than pain best and pain worst. Increased motion for lateral flexion was more than rotation, extension, and flexion.

This investigation demonstrates that the basic 10 sessions of RSI, when applied by a physical therapist with advanced RSI certification, is capable of significantly decreasing pain and increasing AROM in adult subjects, male and female, with complaints of cervical spine dysfunction regardless of age.