What Does ‘Yoga Is A Path To Self-Realization’ Mean?

by Kara-Leah Grant: It’s the eve of my book launch and I’m watching a talk on TED called The Gift of Asking… 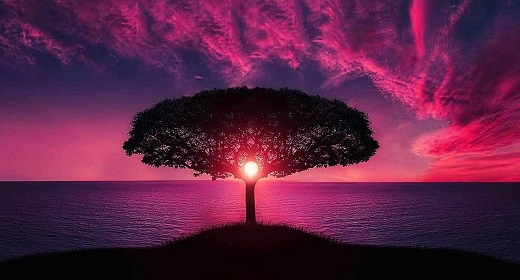 Earlier, I took time to sit on the front deck of my Aunt’s house, high on a hill over looking Thames and watched the sun set. The views were panoramic, the insect life vibrant and lyrical and as I sat I felt profoundly connected. I felt, in my bones, a sense of achievement and accomplishment as I realised I’d done it – I’d come back from insanity – all the way back.

For the first time, I sensed how hard it has been and how hard I’ve worked.

I felt proud of myself. In feeling that from within, my need to feel it from without dropped away. I realised that I didn’t need anyone else to validate me.

This is but a moment of self-realisation.

This is why I practice every day. It is only when I’m connected to All That Is that I can realise my Self as I am.

But try explaining that to your average person on the street.

On Thursday, doing my first in-person media interview for the book, the reporter asked me what the benefits of yoga were for your average person.

I stared at him blankly. Benefits? It will transform your life from the inside out… He took in my blank look as I struggled to say something meaningful in a sound bite.

Will yoga home practice, you know, make you fit? He prompted helpfully.

Make you fit? In that moment, I got an inkling of how far my reality is from many people. And an inkling of the challenge I’ll have to translate my understanding and knowing of yoga to a lay-people’s audience who still thinks yoga is lying around and stretching for bendy hippie folk.

Yoga is self-realisation – not one blinding flash where the ego dissolves in a puddle of sub-atomic particles and all that remains is the Atman – but many small moments of insight and clarity that happen over years and decades of practice.

Every time we have a realisation, another old program or samskara drops away and we become clearer.

Like me tonight. Sitting in meditation under the stars with tears streaming down my face realising I’d done it – I’d completely come back from insanity because of my own efforts and because of my courage and my persistence.

Feeling proud of myself meant an old samskara that always looked for approval outside of Self could drop away because I didn’t need it anymore. I’d become clearer.

Dropping this samskara is vital as I head into my book launch. If I was still running that unconscious approval seeking program, I would be using the launch to gain approval. I’d be using the book to feel good about myself. Instead, without that need for outside approval, the launch of the book becomes about something else entirely.

Which brings me back around to that TED talk by musician Amanda Palmer.

In her TED talk, Amanda shares her journey as an artist – including being dropped by her record label for only selling 25,000 copies of the album in the first few weeks or months, and later crowd-funding her way into $1,200,000 for her next album supported by… you guessed it… 25,000 people.

As I listened, I realised I want that too.

And with that realisation it hit me that the success of this book doesn’t lie in selling a million copies. It lies in selling to people I connect with who take the book on board and develop a consistent home yoga practice – no matter how many people that is.

It’s a small moment and an important moment. Too often our definition of success is programmed into us at a young age and it doesn’t reflect who we truly are. Later, when we achieve success according to the program, we wonder why we feel so empty.

After meditating, I came back into my Aunt’s house and picked up a copy of the National Business Review. In my clear, grounded, present state I read through the headlines and some of the articles and had a profound sense of dislocation.

What is this world? Once upon a time, that sense of dislocation would have made me think that something was wrong with me. That I was out of step with the world.

Now though, I see that it’s not that I’m out of step with the world, but that I’m just hearing different music.

Creating a better widget or racking up the biggest numbers on a computer screen is meaningless to me. What I care most about is understanding how the psyche works and how people interact with each other.

But even that is only a means to an end. My real purpose here is to end suffering. Understanding the psyche and relationship is a means to that, and daily yoga practice a valuable tool.

That when one of us hurts, all of us hurts. In my raw open state, this is what I feel. It’s why my psyche created a self-protection mechanism when I was a child to shut down my feelings. It was way too over-whelming to feel mine and everybody else’s feelings around me.

Now however, I’m getting better as being able to feel my own feelings, and therefore by extension, feel for the world.

Now I need to learn how to connect to people who don’t know yoga, who’ve never been to a class, who’ve never heard of self-realisation.

It’s not hard – it means I have to to stay out of my head, not get too full of myself, not get wrapped up on my own story about who I am and how this book came about. It means even when I’m sitting in an interview that’s all about me and my book that I remember it’s not about me and my book at all.

It’s about yoga as a path to self-realisation.

Not one blinding flash when we suddenly become enlightened.

But those small moments of self-realisation that happen every time we step on the yoga mat. When another illusion drops away. Another samskara dissolves. Another insight arises.

That’s what it’s about. That’s what yoga as a path to self-realisation means.