by Jean Houston PhD: Our bodies and minds are coded with an extraordinary array of possibilities and potentials… 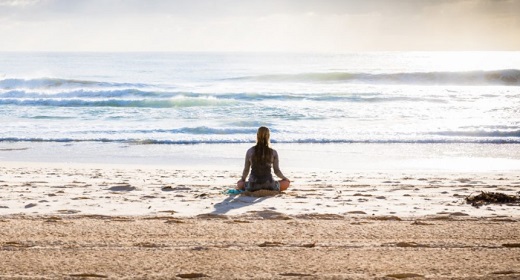 Some no doubt were cooked in ancient caves. Others were laid down even earlier. On the genetic scale, we humans encompass all that has gone before. We are inheritors of the star stuff from which life came and relatives of every organism on the planet. The remembrances of things past is coded into our bodies. We crawl with single-cell organisms and are home to a universe of bacteria. Briny oceans pool in our blood. Our brain is a nested creature, its oldest reptilian and amphibian core covered over by mammal and human brains–and the promise of something burgeoning, something more.

When my research has given me the opportunity to take depth soundings of the continents within human beings, I have marveled at the enormity we contain. Somewhere in the vast treasure trove of the body/mind, I am convinced, we remember everything we have learned over the past 13.8 billion years. We are the ultimate evolutionary hybrids, and the vigor of human genetic inheritance, if we could but claim it and work with it, is more than enough for us to get on with it.
We humans are heirs to an extraordinary acceleration of the evolutionary process. Nature, through us, seems to be entering a new epoch–not so much biological evolution but conscious evolution. We have become conscious of our capacity to direct the next part of the evolutionary sequence. And, perhaps in the very near future, our biological evolution as well. And of course, with this comes the stupendous energy of regression, entropy in the service of keeping things the same. The preponderance of archaic methods of solving problems from war to waterboarding. From racism to risings of fundamentalism of every stripe. Fear as victor, the terrorist and the terrified supporting each other’s claim to a devolutionary agenda. Then too, too often and in too many places, reality had been diminished to the flattening of one’s spirit and the expansion of one’s purse.

And now, as this era and its excesses comes to its end, another perspective looms, one that reaches back toward the soul-centered, nested universe we thought we had lost. All around us, many people are regaining the sense that what they do matters profoundly to the course of events. Individual purpose and the world’s greater destiny are renewing their connections. The images we hold, the thoughts we entertain are reweaving a worldwide web of kinship.
When individuals come into resonance with universal purpose, they know it in their hearts, they feel it in their bones. There is a great assent, a cosmic yes, an arc of energy across the void. What stands revealed in such moments is the entelechy, the creative seed of greatness each of us contains. Some people are given very young to an innate sense of their essential reason for being–the oak which their acorn is destined to become. For others, even adults living full and successful lives, the issue is energizing an awareness of what more is possible. Many people I know, despite manifold professional accomplishments, are still wondering what they will be when they grow up. Few realize the answer completely. But when they do, their names become scriptural, for entelechy is the matrix of forms, the resonance of the Divine in the human. It is ourselves writ large, the cosmic persona tuned to human purpose and possibility.

Contact entelechy and all circuits are “go.” Tune to it and another order of perspective is at hand, one that comprehends the spatial and the temporal, that lifts the Earth of one’s seeing into another domain where love rules and the patterns of higher governance are known. Words can not really describe it. Metaphors fritter and fry in the fires of analogy. Entelechy is known in its experience. It is being in the flow. It is cooking on more burners. It is making the highest use of skills one has acquired. It is putting old capacities to work in new ways and discovering capabilities we never knew we had. It is growing the evolutionary organs of our future, transcendent selves.