15 Highly Successful People Who Failed On Their Way To Success

by Sebastian Kipman: Before their success, some of the world’s most successful people experienced epic failure… 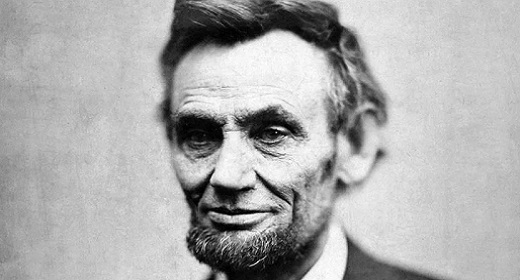 We celebrate their success but often overlook the path that got them there. A path that is often marked with failure.

“There is no failure except in no longer trying.”

So get motivated, and accept failure as merely a chance to learn.

Here are 15 highly successful people who failed (for a couple of times) before they were recognized by their glorious success. 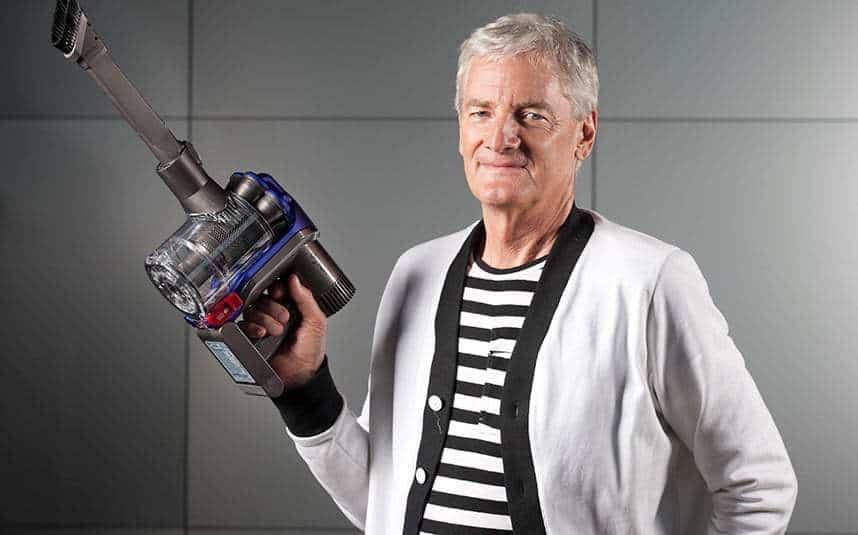 You know that frustrating feeling when you don’t get something on the first attempt?

Multiple that by 5,126 because that’s the number of failed prototypes Sir James Dyson went through over the course of 15 years before creating the eponymous best-selling bagless vacuum cleaner that led to a net worth of $4.5billion. 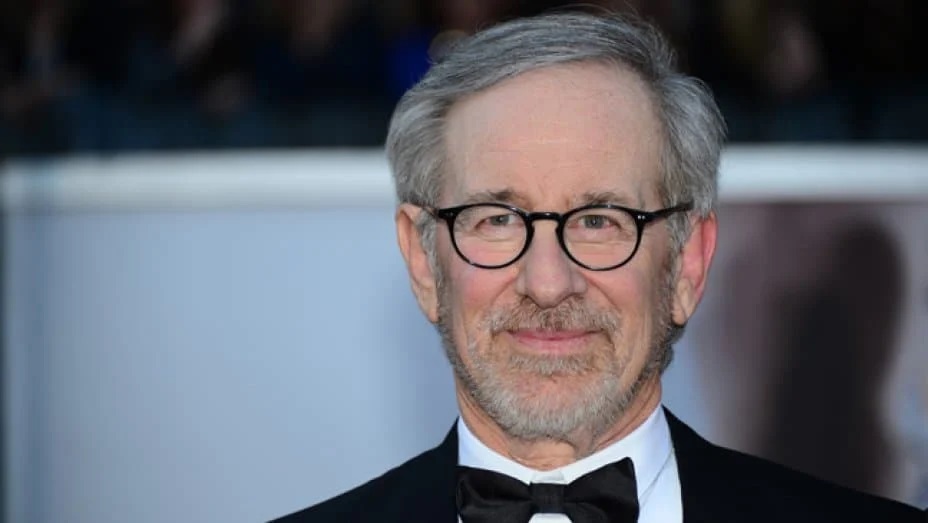 His cinematic output has grossed more than $9 billion and brought him three Academy Awards, but the master of the blockbuster was rejected TWICE by the University of Southern California’s School of Cinematic Arts.

As their way of saying “Oops, I guess we were wrong about you” the school built a building in honor of Spielberg. 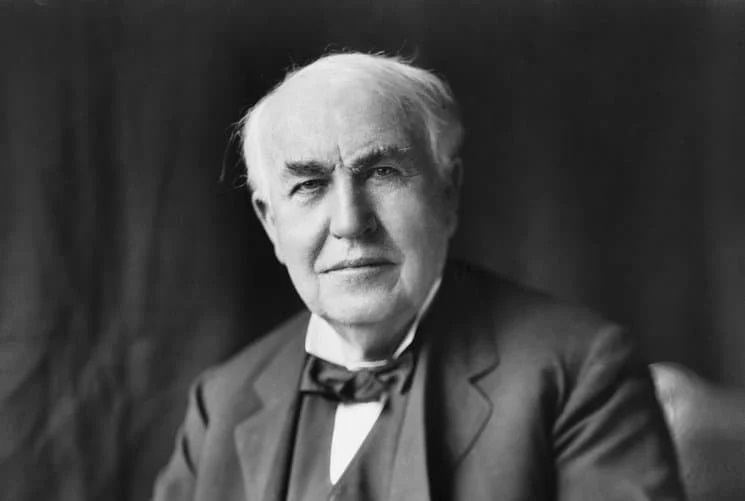 In what might be at once the most discouraging statement and worst teaching practice of all time, Thomas Edison was told by his teachers he was ‘too stupid to learn anything’.

Edison went on to hold more than 1,000 patents, including the phonograph and practical electric lamp. Death most likely spared his teachers the ignominy of their incorrect assessment. 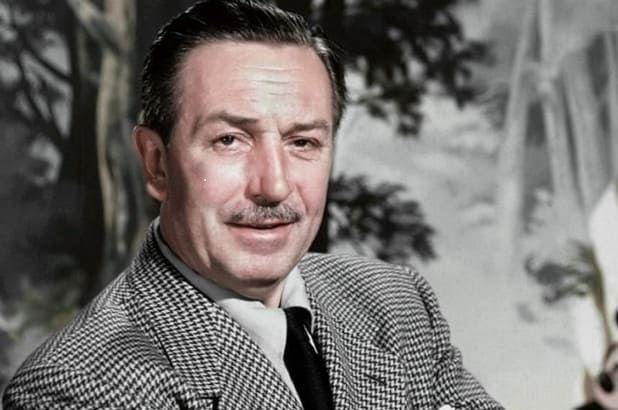 Can you imagine your childhood without Disney? Well it could easily have been if Walt had listened to his former newspaper editor. The editor told Walt he ‘lacked imagination and had no good ideas’. Undeterred, Old Walt went on to create the cultural icon that bears his name.

“I think it’s important to have a good hard failure when you’re young… Because it makes you kind of aware of what can happen to you. Because of it I’ve never had any fear in my whole life when we’ve been near collapse and all of that. I’ve never been afraid.” 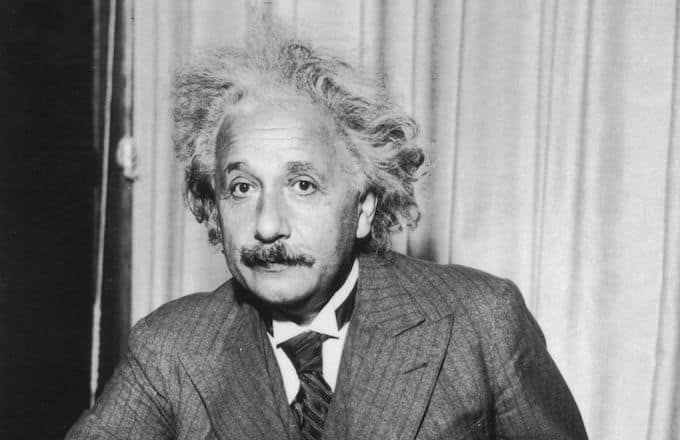 His name is synonymous with intelligence yet it wasn’t always that way for Albert Einstein. As a child he didn’t start speaking until he was four, reading until he was seven, and was thought to be mentally handicapped.

He went on to win a Nobel Prize and altered the world’s approach to physics. I guess he was just thinking of the right thing to say for those first four years… 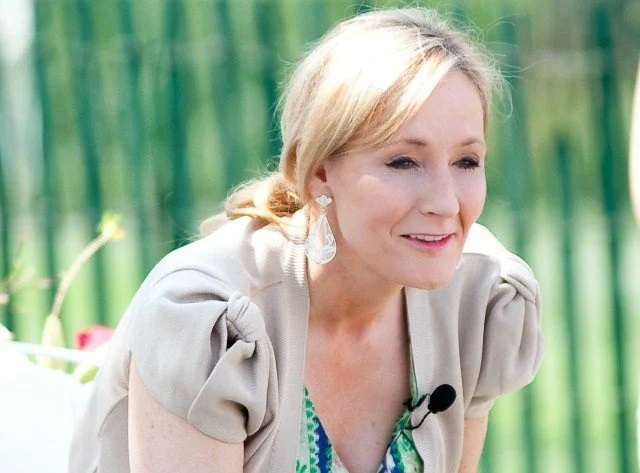 Before there was a wizard, there was welfare. Rowling was a broke, depressed, divorced single mother simultaneously writing a novel while studying.

Now one of the richest women in the world, Rowling reflects on her early failures:

“It is impossible to live without failing at something, unless you live so cautiously that you might as well not have lived at all – in which case, you fail by default.”

Lincoln’s failures were broad and numerous. He achieved the unique feat of leaving for a war a captain and returning a private (the lowest military rank).

He next took failure in his stride during multiple failed business attempts. Undeterred, Lincoln marched into the political realm, where he launched several failed runs at political office before his ascendance to President. 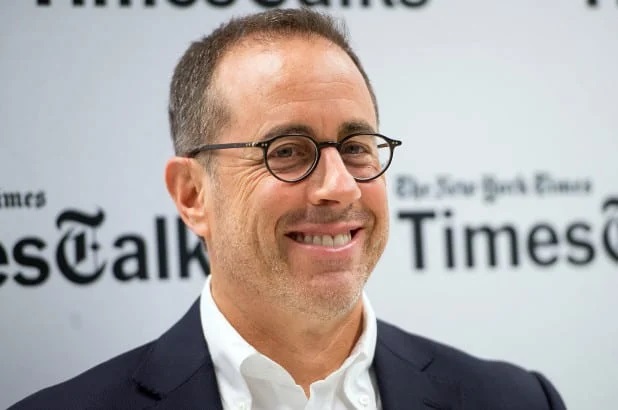 Before the show about nothing, Seinfeld was a young comedian on the stand-up circuit. His first time on stage didn’t go so well. On seeing the audience he froze and was booed and jeered off stage.

His choices: pack it in and accept comedy isn’t his thing or return to the same stage the following night and have the audience in hysterics. He opted for the latter and went on to become one of the most successful comedians of all time. 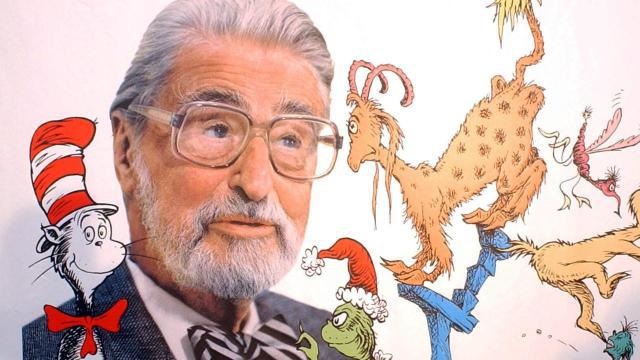 Known to generations as Dr Seuss, the much-loved children’s author had his first book rejected by 27 different publishers.

His books that weren’t good enough for these publishers went on to sell more than 600 million copies worldwide. 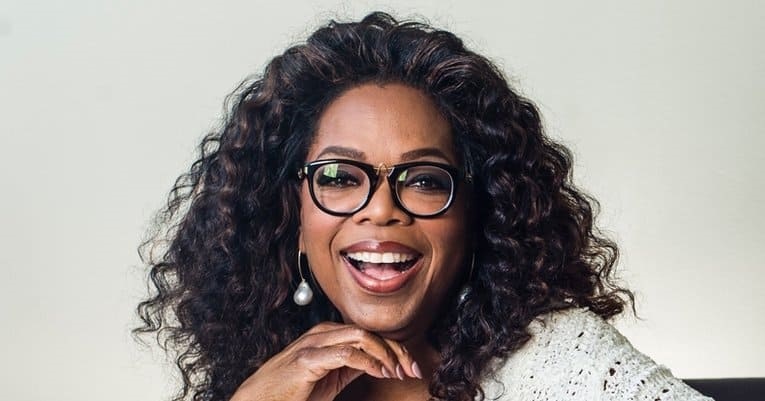 She’s a billionaire with her own TV channel and a penchant for giving away cars but Oprah Winfrey was fired from her first TV job as an anchor in Baltimore.

In 2013, Oprah reflected on her experiences during a Harvard commencement speech:

“There is no such thing as failure. Failure is just life trying to move us in another direction.”

Creating your own TV channel is a sure way never to get fired again! 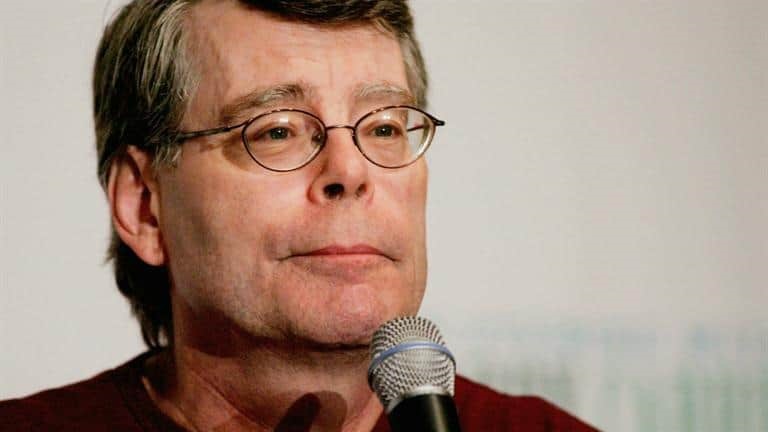 Dejected, King dumped the book in the trash. His wife retrieved it and implored him to resubmit it which led to his first book deal and spawned his illustrious career. 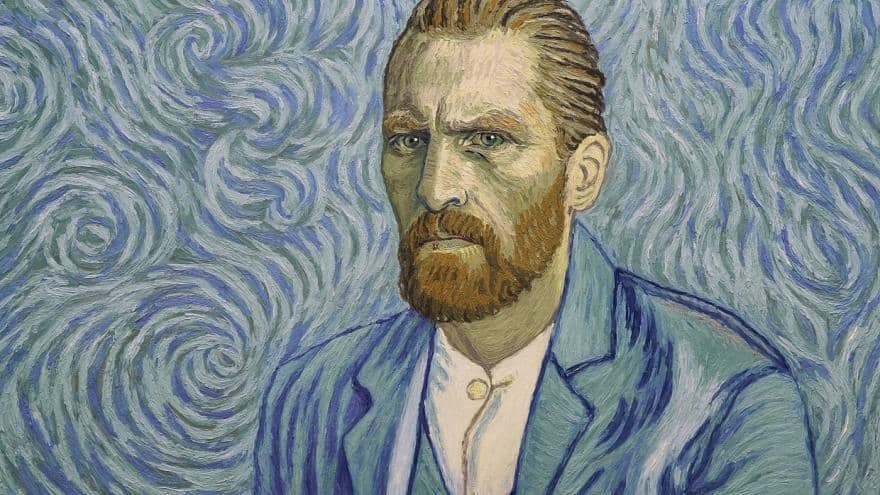 A Van Gogh painting will cost you upwards of $100 million nowadays. But in his lifetime, Vincent Van Gogh couldn’t get rid of the things.

He sold just one painting, ‘The Red Vineyard’, during his lifetime, and the sale came not long before his death. Unfortunately for Vincent, others got to enjoy the financial spoils of his lifetime of toils. 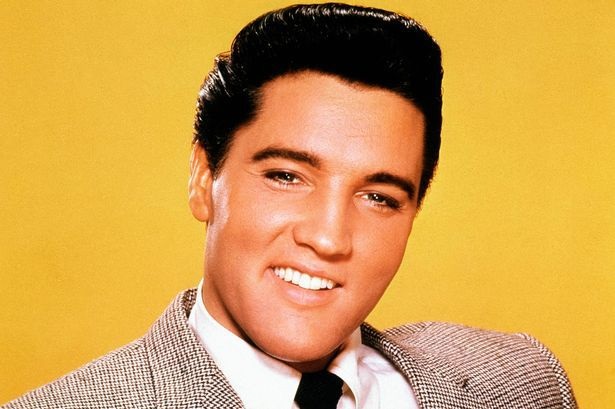 “You ain’t goin’ nowhere, son. You ought to go back to drivin’ a truck.”

These are the words that greeted Elvis Presley after his first performance at the Grand Ole Opry, after which he was promptly fired. Disposing of the keys to the truck, Presley went on to become the world’s biggest star with a legacy that endures. 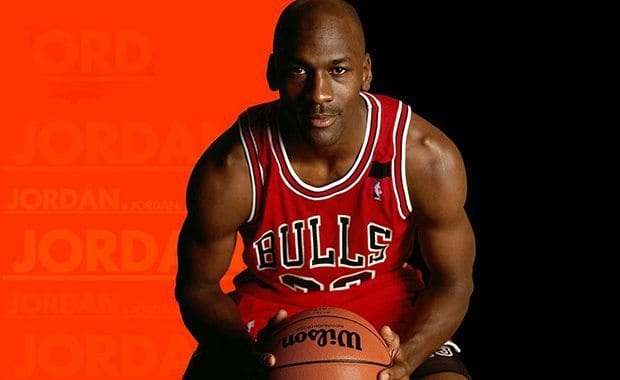 “I have missed more than 9,000 shots in my career. I have lost almost 300 games. On 26 occasions I have been entrusted to take the game winning shot, and I missed. I have failed over and over and over again in my life. And that is why I succeed.” 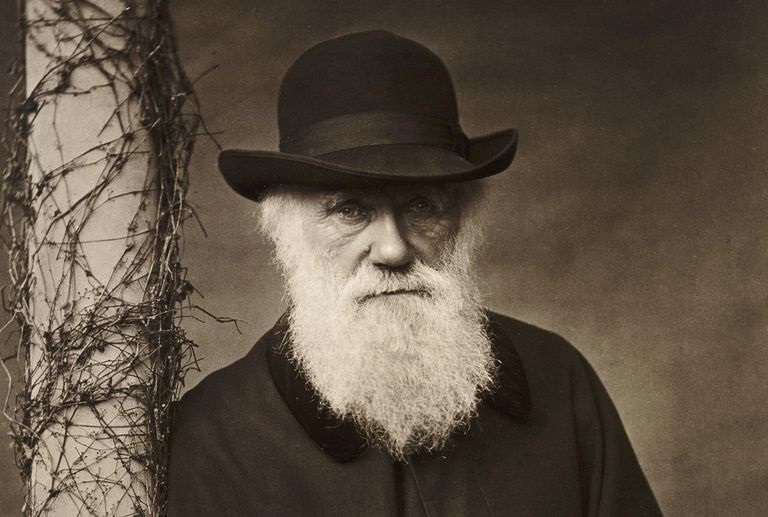 The man credited with much of how we came to understand the world today, Darwin was considered an average student and abandoned a career in medicine as a result.

Darwin embarked on a lifetime study of nature that led to the seminal ‘On the Origin of Species’ and forever altered the way humankind looks at our existence.

These famous and highly successful people’s crowning achievements stem from drive and determination as much as ability.

Persistence and certitude are the difference between success and failure. So if you want to succeed, don’t be afraid to fail.

Fail often, fail fast and learn from your mistakes. The more times you fail, the closer you’re getting to success.