I’ve been reading some of David Deida‘s work again. When I encountered him initially, I didn’t really appreciate what he had to say 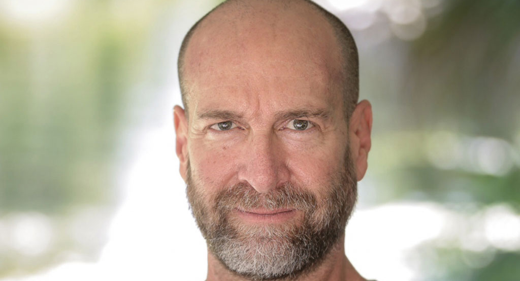 — I thought he was perpetuating sexual stereotypes. I was wrong.

His explanation of sexual polarity in relationships actually makes a great deal of sense to me. Perhaps it was because I had never really felt it experientially that I didn’t get it before. I don’t know. For whatever reason, it’s making a lot of sense to me now.

Here is an article from his website, from the Men’s Work section, that explains the basic concept of sexual polarity and why it is important in a sexual relationship — any relationship, gay or straight. Essentially, what he is describing is the basis for Tantra in its truest sense.

The more a man is playing his real edge,
the more valuable he is as good company for other men,
and the more he can be trusted
to be authentic and fully present.

We need to understand the nature of sexual passion and spiritual openness. Sexual attraction is based on sexual polarity, the force of passion that arcs between masculine and feminine poles. All natural forces flow between two poles. The north and south poles of the earth create a force of magnetism. The positive and negative poles of your electrical outlet or car battery create an electrical flow. In the same way, masculine and feminine poles between people create the flow sexual polarity.

The force of attraction that flows between the two poles of masculine and feminine is the a dynamism that tends to disappear in modern relationships. If you want real passion, you need a ravisher and a ravishee; otherwise, you just have two buddies who decide to rub genitals in bed.

Each of us, man or woman, possesses both inner masculine and inner feminine qualities. Men can wear earrings, hug each other tenderly, and dance ecstatically in the woods. Women can change the oil in the car, accumulate political and financial power, and box in the ring. Men can take care of their children. Women can fight for their country. We have proven these things. Just about anyone can animate either masculine or feminine energy in any particular moment. (They might still have a strong preference to do one or the other, which we will get to in a moment.)

The bottom line of today’s emerging 50/50, or “second stage,” relationship is this: If men and women are clinging to a politically correct sameness, even in moments of intimacy, then sexual attraction disappears. I don’t mean just the desire for intercourse: the juice of the entire relationship begins to dry up. The love may still be strong, the friendship may still be strong, but the sexual polarity fades, unless in moments of intimacy one partner is willing to play the masculine pole and one partner is willing to play the feminine. You have to animate the masculine and feminine differences if you want to play in the field of sexual passion.

It is up to you: you can have a loving friendship between two similars. But in the moments when you want strong sexual polarity, you need a more masculine and a more feminine partner.

For some people who have what I call a more balanced sexual essence, sexual polarity doesn’t really matter. They don’t really want much passion in intimacy. They don’t want a loving tussle full of sexual inspiration and innuendo. They would rather have a civilized friendship, full of love and human sharing without the passionate ups and downs. And for these people, this course will be irrelevant, perhaps even offensive.

Your sexual essence is your core. If you have a more masculine sexual essence, you might enjoy staying home and playing with the kids, but deep down you are still driven by a sense of mission. You may not know your mission, but unless you discover it and live it fully, your life will feel empty at its core, even if your intimate relationship and family life are full of love.

If you have a more feminine sexual essence, your professional life may be incredibly successful, but your core won’t be fulfilled unless love is flowing fully in your family or intimate life.

The “mission,” or the search for freedom, is the priority of the masculine, whereas the search for love is the priority of the feminine. This is why people with masculine essences would rather watch a football game or boxing match on TV than a love story. Sports are all about achieving freedom, by breaking free of your opponent’s tackle or barrage of punches, and about succeeding at your mission, by carrying the ball into the end zone or remaining standing after 10 rounds. For the masculine, mission, competition, and putting it all on the line (indeed, facing death) are all forms of ecstasy. Witness the masculine popularity of war stories, dangerous heroism, and sports playoffs.

But for the feminine, the search for love touches the core. Whether in soap operas, love stories, or talking with friends about relationships, the desire for love is what appears in feminine forms of entertainment.

The feminine wants to be filled with love, and if the bliss of real love is not forthcoming, chocolate and ice cream—or a good romantic drama—will do. The masculine wants to feel the bliss of a life lived at the edge, and if he doesn’t have the balls to do it himself, he’ll watch it on TV, in sporting events and cop shows.

Even though all people have both masculine and feminine qualities that they could use in any moment—to kick corporate ass or nurture children—most people have a more masculine or more feminine core. And this shows up in their preferred sexual play as much as in their chosen entertainments.

Trying to squeeze your masculine or feminine essence into a falsely balanced persona affects virtually every part of you. Many people with a true feminine essence manifest a range of disturbed physiological symptoms as their feminine energy “dries up” through running excess masculine energy through their body, year after year, in order to fit into a masculine style of work. And many people with a masculine essence, seeking to fit in with a feminine style of cooperation and energy flow, disconnect from their sense of life purpose and inhibit their deep truth, afraid of the consequences of being authentic to their own masculine core. Hence, the frequent complaints about too many ballbusters and too many wimps.

Furthermore, when you deny your true core, you deny the possibility of true and real love. Love is openness, through and through. And true spirituality is the practice of love, the practice of openness. People who deny their own essence and hide their true desires are divided and unable to relax into the full openness of love. Their spirit becomes cramped and kinked. Unable to feel the natural ease and unconstrained power of their own core, they feel threatened and frightened. This fear is the texture of their inability to open fully in love. Such people are spiritually handicapped, obstructed at heart, even though they may have achieved a safe relationship and a successful career.