Prayer As a Way of Practising Presence

by Patrick Phelan: Have you ever noticed how easily anger is triggered into action? Similar to road-rage, we just flare up automatically, 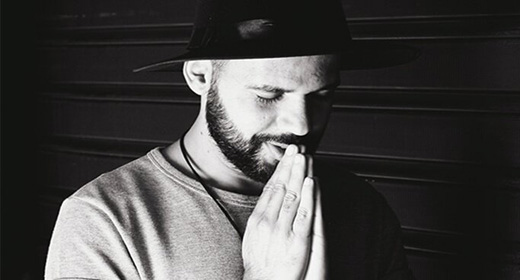 even maybe at home by our-self sometimes.

The Power of Prayer

“Whether we realize it or not, prayer is the encounter of God’s thirst with ours. God thirsts that we may thirst for him.” – St. Augustine

The reason is, recurring anger is consequent of our last bout of anger – a previously requested prayer right on cue.

With endless opportunities daily for creative prayer like inner peace, love and well-being, why choose the most toxic emotion for re-experiencing over and over in our lives indefinitely.

As the saying goes, ‘Life is a prayer’, meaning, our every conscious moment represents creative prayer, with our life-history journey, answered prayer.

“Give me faith, Lord, and let me help others find it.” – Leo Tolstoy

Conscious intentional prayer is giving conscious direction to the soul for a particular outcome, of focusing the mind and feelings on a particular mental image – then releasing it unto the Divine.

Conscious awareness prayer is when we’re deliberately watching the nature of the thoughts entering the mind at any given moment.

Unconscious prayer (or subconscious reactive thought patterns) meaning, unconsciously reacting to the regurgitations of the deeper mind, or, listening intensely to constant media negativity or others’ version – including repetitive media advertisements which is a form of subconscious conditioning – with emotional attachment.

I’ve often wondered, how often do we actually acknowledge answered prayer in our daily life. Recognition of prayer (be it negative or positive) is so spiritually empowering for the human soul. Sadly, with today’s non-stop media programming of the mind, natural prayer awareness seems numbed to robotic status.

Conversely, which may seem obvious, if we never compile a conscious/selective prayer in mind for transmission, how then can we acknowledge, identify or even relate to answered prayer.

With this in mind, it’s a good habit to reflect positively on all of our day’s activity, good or bad, and thank everything as either answered prayer or prayer in progress. Even a life-lesson is answered prayer.

The reality is, everything that is happening in our personal and global world is answered prayer.

This begs the question, are some people repeatedly praying negatively albeit unwittingly? In other words, notwithstanding the abundance of sincere spiritual loving souls in the world, alas, through ignorance of the mind’s ability to manifest thought into reality (both within and without) many can still be praying against themselves unconsciously.

The simple key to reversing this unconscious activity is paying deliberate attention to our every thought, word and deed, particularly emotional attachment in social conversation. In other words, being aware of our habitual mental/emotional activity alerts the conceiving aspect of mind to our particular prayer mode. In this way, we choose our reality, choose the menu from which we intentionally nourish our evolving soul.

I read recently about a group of people who became lost in a wild region of the jungle. The leader of the group then suggested, ‘I think it’s time to pray’, to which someone responded, ‘Oh, no, has it come to that!”

This prompted some self-inquiry on my part. What situations actually justify specific prayer: are there particular occasions which definitely require conscious instruction to the soul, and why?

Before answering this, if I may deviate briefly. Previous to taking up the practice of daily meditation, the term ‘prayer’ was strictly reserved for Sunday religious ceremonies. Prayer for me then was formal and ritualistic: an exercise in five ‘Hail Marys’ and five ‘Glory Bes’ repeated as confessional penance, then legging it as fast as possible out of the church. “Aah, free for another week”, I would say to myself.

Having matured out of religious indoctrination and its related mind-sets, I’ve come to understand prayer as an inner event, as creative conscious living, as means of evolving the soul cosmically unto higher states of consciousness thereby living life prayerfully, naturally.

To this outcome, I see meditation (particularly daily transcendence during this pandemic period for raising our level of antibodies, thereby boosting the immune system) as the perfect conduit to fulfilling conscious connectivity with the Creator: of gaining direct pure alignment with the evolutionary processes taking place in our moment to moment lives for our greater spiritual advancement.

So, back to the question…

Why the Importance of Specific Prayer?

“Prayer enlarges the heart until it is capable of Containing God’s gift of himself.” – Mother Theresa

Specific prayer is necessary, or even vital, as it presents an ‘opportunity’ for the soul to express its accumulated faith or evolution thus far. It specifically allows for faith-consciousness to become active and established as our permanent state of prayer consciousness.

Faith is concentrated bliss-silence: the soul’s freedom to express, dream and live beyond limiting belief systems. An activity of heart-unison with the Divine that we may fulfil our soul’s potential as co-creators with God.

Specific intentional prayer calls for sincerely focussed silence within; silence which God uses to fulfil His Kingdom or His Will on Earth through each of us, whatever our societal status, creed, ethnic background or culture.

In this way, the benefits of faith-filled prayer extend beyond merely personal benefit, but to the entire creation mutually, in that, others instinctively replicate ‘our’ specific act of faith at some point, and, we theirs – a global community of mutual faith explorers, if you will.

“Do not forget that the value and interest of life is not so much to do conspicuous things … as to do ordinary things with the perception of their enormous value.” – Teilhard de Chardin

It’s estimated the average person thinks about thirty to forty prayer templates every minute, of which eighty percent are negative and ninety-five percent repetitive. In this context, as all repetitive prayer eventually becomes manifest in some format, the need for harnessing faith-infused thought for practical utilization becomes the global imperative.

Establishing personal awareness through meditation ensures fulfilling this imperative while also fulfilling the soul’s desire for spiritual evolution. A blessed practice leading to the spiritual harmonization of individual and planetary consciousness simultaneously.