“Enlightenment” is a word that has gotten so entangled with vague confusion that many people have given up on it. 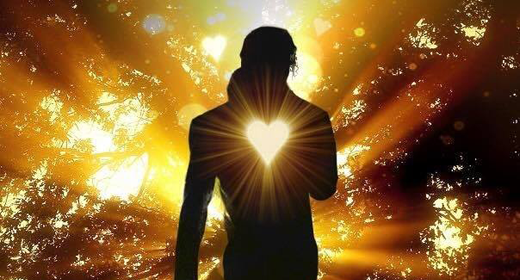 I don’t mean the classic seeker who hungers for God, Nirvana, or higher states of consciousness. There isn’t an accepted definition of enlightenment that allows for a general discussion where everyone knows what the topic is. Behind this apparent fuzziness, however, the concept of enlightenment has evolved tremendously over the past few decades, and in that time the possibility of being enlightened has come closer and closer to everyday experience.

Forty years ago enlightenment was inevitably associated with “Eastern mysticism,” a phrase that appears in the subtitle of Fritjof Capra’s famous book, The Tao of Physics. Meditation was associated with religions like Buddhism and Hinduism. Enlightenment was a spiritual attainment for Indian gurus or monks sitting in Himalayan caves. The fact that meditation is now a common practice in the West, with many research studies proving its benefits in terms of mind and body, shows how much the landscape has changed.

The next major change, which could bring a seismic shift in our worldview, would bring enlightenment into daily life the way that meditation is comfortably established in daily life. I’ll devote the next few posts to exploring how enlightenment affects everyone, not just a select few living under exotic circumstances. We can begin with the most obvious question you can ask yourself. Are you enlightened already?” This may seem at first like an almost absurd question. If there are ancient traditions for reaching enlightenment, a project that can take a lifetime’s effort and discipline, it must be impossible that a normal person going about his everyday life could already be enlightened.

But there’s a reason why the question isn’t absurd. Enlightenment is a state of consciousness–everyone seems to agree upon that, at least. Each of us already experiences three distinct states of consciousness every day: waking, sleeping, and dreaming. These states come naturally. We didn’t seek them out or do anything special to be in them. So why would so-called higher states of consciousness be set apart as privileged or difficult or far distant from daily experience? In fact, all the ingredients of enlightenment are already in place. These consist of:

At first glance none of these ingredients seems exotic, because they aren’t. Yet a list of ingredients isn’t the same as a recipe. You could line up eggs, milk, flour, and cocoa powder on your kitchen counter and still be far away from knowing how to bake a chocolate soufflé. So the entire tradition of enlightenment consists of finding the recipe for it–and this need for a process, practice, teaching, or discipline created many problems. It became unfortunate but true that every spiritual and religious tradition argued that its recipe was the right one–sometimes the only right one–and no one could settle the matter.

Unlike chocolate soufflé, which you can test by eating, the recipe for enlightenment was handed down second-hand as a kind of map or description understood by the enlightened few. Even though every person naturally experiences all the ingredients of enlightenment, taking the leap into the actual state of enlightenment proved to be very tricky. The world’s wisdom traditions have never wavered about the reality of higher consciousness, and yet daily life has remained unaffected by it.

If we take the list of ingredients, each exists on a spectrum or sliding scale. At one end are people who have no interest or knowledge about higher states; they use their minds in everyday “normal” ways. At the other end are people who approach the mind in an enlightened way. Let’s look at the difference, leaving aside all other questions, such as how to define enlightenment.  We’ll label the two extremes on the spectrum in neutral terms: the starting point and the goal.

Here’s how the ingredients of enlightenment look now:

Starting point: Being conscious is a given, and you pay no attention to it, the way a fish wouldn’t pay attention to water.

Goal: Being conscious is the ground state of reality, the very womb of creation. All things exist in consciousness alone. There is no reality outside consciousness.

Knowing that you exist.

Starting point: Existence is taken for granted. To be is simply to be.

Experiencing the world through your mind.

Starting point: If asked about it, you will agree that experience depends upon mind and brain. This fact seems obvious, but nothing important or earthshaking is implied.

Goal: Experiencing the world through the mind, far from being passive and unremarkable, is the key to reality. The only things we know about reality are shaped, conditioned, and dependent upon consciousness. Therefore, the key to the entire cosmos is found “in here,” where consciousness serves as the maker of reality.

Starting point: Being self-aware comes and goes. Sometimes a person sees clearly just what he’s doing, while at other times an experience takes the mind away from self-awareness. We become absorbed in the world “out there.”

Experiencing that thoughts come and go in the mind.

Starting point: It’s obvious that thoughts come and go. This fact, like so many others about the mind, is taken as a given.

Goal: A person realizes that thoughts may come and go, but the place they come from and to which they return is permanent and unchanging. Therefore, the so-called “higher self” identifies with the unchanging part of the mind, not the stream of thoughts, feelings, sensations, and images that flow through it.

Maintaining a self even as thoughts come and go.

Starting point: There is no issue about having a self — it’s a given, even though the origins of this self are murky and hidden.

Goal: The self has switched its allegiance to pure self-awareness, away from the ego-based “I.” The limited, insecure, shifting ego loses its dominance as the driver of daily experiences.

I’ve given only a brief sketch of these differences; we must keep in mind that they range across a spectrum. The essential point is that all the ingredients for being enlightened here and now are present in everyone’s life. There is no magic recipe that is known only to the few who are wise, holy, or blessed beyond the ordinary. Enlightenment is paradoxical, because in one sense you are already enlightened–the word “goal” is a bit misleading, because you don’t actually travel or go anywhere to find out what you have always been. On the other hand, there are many distractions that keep all of us from knowing who we really are.