Renewable Energy Could Power The World By 2050.

by Johnny Wood: What would a more sustainable world powered by renewable energy look like? We have a better sense, thanks to a special collection of research from experts from around the globe… 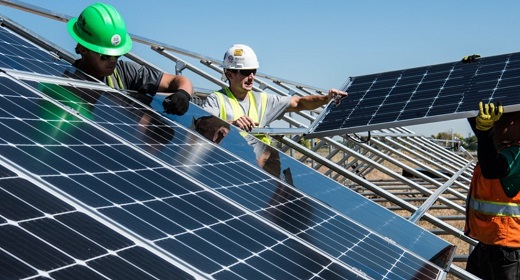 Collated by Stanford University, a collection of 47 peer-reviewed research papers by 91 authors analysed different scenarios to examine whether individual countries or entire regions could get by solely relying on renewables.

The papers look at a range of different situations and geographies, including small island states, major powers and countries in sub-Saharan Africa. In each case, they found energy for electricity, transport, building heating or cooling, and industry can be supplied reliably with 100% — or near-100% — renewable energy, at different locations around the world.

One study in the collection looked at global warming, air pollution and energy insecurity, creating Green New Deal roadmaps for 143 countries to overcome these problems.

The roadmaps call for these countries, which are collectively responsible for 99.7% of global CO2 emissions, to switch to 100% clean, renewable wind, water and solar power no later than 2050, with at least 80% renewables by 2030.

The study divides all the planet’s countries into 24 regions which can work together on grid stability and energy storage solutions, so energy demand matches supply between 2050 to 2052. After that, it’s possible to power the planet entirely by sustainable energy.

Switching to wind, water and solar worldwide could eliminate 4 to 7 million deaths from air pollution annually, while first slowing and then reversing the effects of global warming and, in doing so, stabilizing the global energy sector.

A study by researchers in Finland looked at the feasibility of building a renewables super grid connecting the regions of North America, including the US, Canada and Mexico.

Dividing the regions into 20 interconnected sub-regions, based on population, energy demand, area and electricity grid structure, could significantly reduce storage requirements and overall cost of the energy system, they found.

While replacing fossil fuels with mainly wind and solar power is entirely possible by 2030, such a dramatic transformation couldn’t be achieved in the short-term without the full support of policymakers, investors and many other relevant organizations. 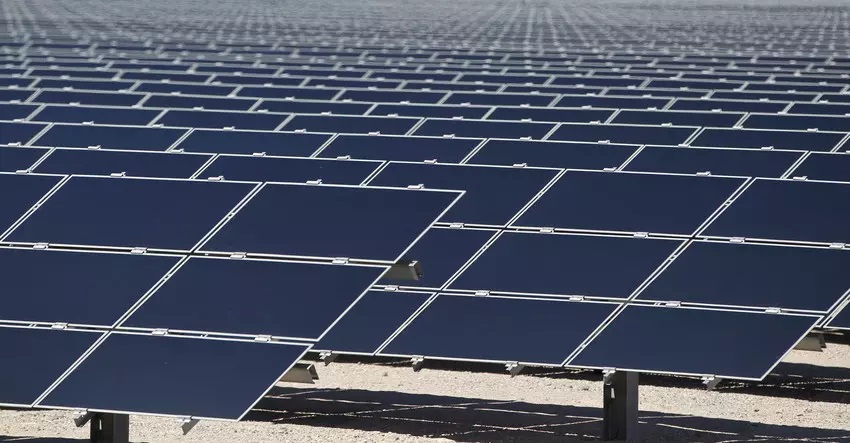 Moving away from oil

Saudi Arabia can transition to a 100% renewable energy system by 2040, according to another Finnish study. While the country is known for its oil deposits, it is also rich in another energy source: sunshine to power solar energy.

By 2050, solar power could account for 79% of the country’s energy demand, supported by enhanced battery and water storage solutions to lower energy system costs.

This study emphasizes the central role that energy storage will play in the transition to a sustainable energy landscape, to overcome the intermittent nature of solar and wind resources and provide power when there is no wind or sunshine. 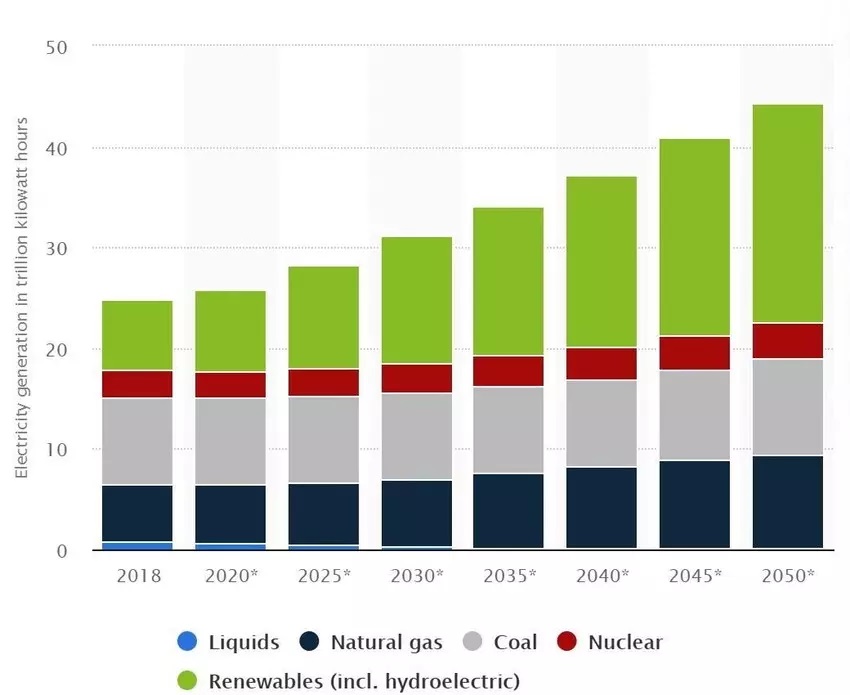 To be sure, challenges exist and the targets are ambitious. Still, the reports all conclude that the technology exists for the world to transition to a fully sustainable energy system by 2050, which should keep the planet below the 1.5° Paris global warming target.

It could also mean less pollution. Nine out of every 10 people on the planet breathe polluted air, according to the World Health Organization, which can lead to respiratory diseases, heart conditions, strokes and other life-threatening diseases.

Pollution, largely from burning fossil fuels, kills up to seven million people annually, with low and middle-income countries carrying the highest burden. This includes exposure to toxic fumes from using wood, coal or dung as the primary cooking fuel.

A future powered by wind, solar and other sustainable energy sources, could also reduce energy bills. The costs of producing wind and solar have plummeted in recent years and renewables remain on course to outprice fossil fuels in future.

This future could be attainable, the researchers stress, provide urgent action is taken by a range of stakeholders, including policymakers, business leaders and other stakeholders. Through collaboration, the world can speed its transition to sustainable energy and a sustainable future.