by Kelvin Ross: Europe can emerge from the coronavirus pandemic with a significantly clearer pathway to a net-zero future if it takes the right actions now… 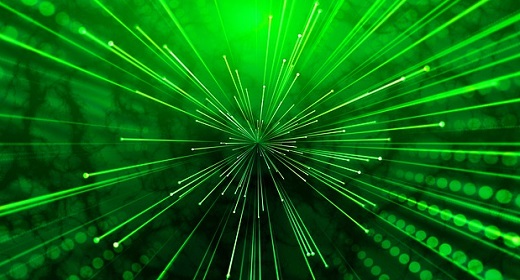 He said the “silver lining to Covid” was the knock-on effect it would have on the energy sector.

Castiglioni was speaking this morning at the Enlit Europe Virtual Keynote, which posed the question: What if the pandemic accelerated the green transition?

He said that while the pandemic had caused a negative impact to the global economy, it had delivered a positive effect to worldwide global energy demand by reducing it and also bringing forward the peak of energy-related emissions by about five years.

However, he added that in the long term, market forces alone would not bring about decarbonization in “hard-to-abate sectors” such as heavy industries like chemicals, steel and cement, and transportation, particularly aviation: “We don’t want to stop flying – we just want to fly in a sustainable way.”

“We need to scale up technologies that can deliver a decarbonized, Paris-compliant future,” he said, adding that alongside this was a need for policies to commercialize and scale alternative fuels such as hydrogen and energy-efficiency measures, including carbon capture, storage and utilization.

He stressed that “one thing is for sure: we are living through an energy revolution. We have had the Industrial Revolution and a communications revolution: now we have the ‘Energy Revolution’. Where we are today will be totally different from where we will be in five years.”

And to maximize the potential of this revolution, he said Europe needed a new industrial strategy based around digitalization, clean energy and future-proofing infrastructure and energy assets to make Europe competitive in the global marketplace.

“We need to understand energy’s DNA and to get more granular with digitalization,” he explained. He said any ‘green transition’ must be based on decoupling economic growth from using resources, plus incentivizing multi-vector fuel switching: “We must deliver sustainable industries.”

He highlighted how clean energy had become a hot destination for investors: “Whether you are a high or low risk investor, there are opportunities for both – there’s something for everyone. The important thing is that the money moves away from oil and gas and into the energy transition”.

And he added: “I like to think that our planet is sending us a message with Covid and telling us to move to a sustainable future: let’s not waste this opportunity.”

Earlier in the Keynote, Chris Peeters of transmission system operator Elia Group, outlined how he believed Europe could go from “pandemic to prosperity” by implementing key strategies to increase energy efficiency in buildings, further empower consumers and provide access to full electric mobility.

“We need a market design that incentivizes the consumer to change their behavior,” he said.

Paolo Gallo, chief executive of gas distribution company Italgas, said it was now widely accepted that gas had a vital role to play in any holistic plan for the European energy transition and added that the way forward was to “couple electrification to the use of gas infrastructure”.

He explained that this would enable real time monitoring of gas grids, making it possible to “pinpoint ‘super-emitters’ that contribute to the majority of emissions”.

The potential for digitalization to help accelerate a green transition was also highlighted by Siemens Infrastructure boss Matthias Rebellius, who said “we are at a tipping point of technology and also a tipping point of what the world can afford in terms of natural resources”.

He added that the against coronavirus mirrored the climate crisis in the sense that “our opportunity is about all of us collaborating globally to flatten the curve of the crisis we face together” and emphasized that digitalization would be “a key enabling pillar” in the bid to accelerate a green energy transition.