David Welch: Awaken seeks wisdom that will help us in our personal and collective processes of Awakening. 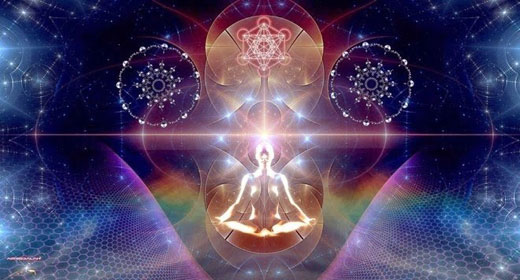 So We’d like to focus on three different areas. The first is about Awakening. And the question is, how would you describe awakening…being awake and living an awakened life?

Guru Singh: So, in the simplest terms, awakening is a spectral process. There is a spectrum of being awake. Being slightly awake. Being moderately awake. Being quite awake. Being extremely awake. And being, you know, fully awake. Whether being fully awake in this moment is going to achieve the same result as the next moment is the key to the definition. In that, awakening is not a condition. It is a process. A replacement word is enlightenment, which has now become a cliché, right? So, awakened…enlightened, are synonymous with each other. The process of awakening…Was that part of your question?

GURU SINGH: The process of awakening is enabling. We’ll go down into the physical in a moment…into the micro and the nano and the quantum. But, just on the surface of it all, it’s called, paying attention. Being awakened is called, paying attention. Now, take it one step deeper and awakening is paying attention not only to what is going on out there, but it’s paying attention to what’s going on between who we are and what is going on out there. And which direction is the information flowing? Are we receiving information from out there but not projecting out there? Or, are we projecting information out there but receiving no information back? Being in an awakening state would mean we have a complete cycle of information flow…that we are experiencing the people that are out there. And we are also communicating with the screen that is out there. I just call it a screen of people, places and things. Thoughts and ideas. Everything that I’m talking about whether they are thoughts, or ideas or people or places or things, are what I call the out there.

The internal process is the center piece of the intention, the commitment and all of those things, but, once they take on form…now they are in the out there. They are not in the inner being. They are in the outer being. They are being reflected off the screen. So, we’ve gone from paying attention, to understanding the relationship between the self and the non local, or…the screen around us. Then the next step is, let’s dive within the self. And, let’s find out what is making up the self. So then, it is about our thoughts…the frequency of our thoughts. Our feelings…the composition of our feelings. And then, it’s taking another deeper dive into the thoughts and the feelings…What’s generating the thoughts? What are the thoughts? Then we go into the fact that thoughts are transmitted from the universal mind. They’re not our thoughts. They’re whatever the frequency we are causing our brain cells to operate at. And it’s a spectrum of frequencies from very low to very high. It’s the frequency with which our brain…being the radio turns into the universal mind being the broadcast station. This particular broadcast station broadcasts on all frequencies. Lower frequencies are dire…fear based…competitive…combative. Medium frequencies are familial oriented…operating around the family…the wellness of the family. Higher frequencies are operating on uplifting humanity…working on components of that nature.

What causes our brain to operate at the various frequencies? It’s the food we eat. The sleep that we get. What do we intake through our eyes. You mentioned earlier that you don’t listen to news any more. What do we take in through our eyes and our ears? Through our nostrils? I once read the homeopathic definition of malaria because my wife and I, in 1978, and our son…all came down with Malaria after being in India. And we were literally cleared of the Malaria virus through homeopathy. You become more susceptible to Malaria from the stench of public urine. It’s the intake of that stench through your nostrils that causes you to be susceptible to the Malaria Virus transmitted through the mosquito. Interesting.

So it’s not…just as I said that there was a tiny little bug flying around over here, that was like, “you are talking about me,” so, it’s not just what we take in through our food, but what we take in through our ears and eyes…our nose and our skin. So, that is what causes our brain to operate at a particular frequency. What every frequency it is at…it tunes into the broadcast from the universal mind which is then how are thoughts are received. Once our thoughts are received, we then recycle and regurgitate our thoughts and it becomes an onboard tape, in which we will run tapes of thoughts on board. And then the feelings are generated…the emotions are generated, based on thoughts and based on reaction to sensory input. So then, we’ve dove deeper and deeper into the relationship between what is the self? and what is the self experience? And that is all the process of Awakening.

So, the deeper and deeper and deeper you dive into the system…now, we’ve stopped at thoughts and feelings. We can dive even deeper than that. We can dive into previous lives. We can dive into previous generations of our DNA. We can dive down deeper than that. So your diving—like a baboushka doll—you know, from Russia…dolls inside dolls inside dolls…someone gave me a baboushka frog because they are symbolic of a person that was not only born with large eyes, but also, they are symbolic of awakening. And also of transformation because at a certain point, a frog born is a fish. It transforms into an amphibian. It has to start breathing through lungs not gills. So that’s an incredibly powerful transformation. But, they gave me a babooshka frog and you went down, down, down, down, and the tiniest one was a little polywog. And so, the awakening process is where you dive, deeper and deeper and deeper. It’s a process and not a place. It’s not a place that we end up at. It’s a process that we continue through.

DAVID: So, I guess, at the beginning of this process there is a lot of duality happening…

GURU SINGH: It is all duality because we can’t exist unless there is duality. Nothing can exist except for duality. There must be an equal and opposite, in order for there to be anything in existence.

DAVID: What is the process of oneness then? What is the experience of presence and oneness?

GURU SINGH: That is consciousness. And consciousness cannot experience the total experience of oneness because then the consciousness would disappear. But it can get right to the threshold. Just before it disappears… that’s the full state of awakening. But the moment it passes beyond that threshold, it, itself, disappears to become one with everything. Like the joke about the Buddha going to a fast-food restaurant and saying “I’d like one with everything.” So, the idea of that fully awakened state is impossible, as long as you are contained within a separator. There is a physical separator. There is a metaphysical separator. The separator for you and I sitting here, is our physical body. It creates our uniqueness and as long as there is uniqueness, there is no complete union. That’s why awakening is a path, not an end result. Because fully awakened, you disappear. You don’t exist. There is nothing to experience. It’s done.

GURU SINGH: Why are tenth graders compelled in trigonometry and kindergarden doesn’t even know what the word means? Doesn’t even know that that exists. Doesn’t even know that that is possible. That’s the nature of evolution. And in the nature of evolution, there is a spectrum of very evolved to just beginning. And that’s the biggest problem for people of our nature…is that they don’t recognize that this planet is a one room school house. And you’ve got all these people of higher consciousness…even people of higher consciousness that are activists…that are condemning those that are not of that evolved consciousness. It’s like seventh graders teasing the second graders. And belittling them. And bullying them. And that is literally what happens. And because in today’s world, the second graders are themselves six feet tall, five feet ten, five foot five, forty years old, 70 years old , fifty years old, 25 years old…they fight back. Because in a three dimensional space, they can probably out do you. Because ultimately, they will move for weapons, rather than tools. Because they feel highly threatened. You’re the accuser. They are the accused. An accused always feels more highly threatened then the accuser.

DAVID: So how would you suggest we relate, in a way that helps?

GURU SINGH: Lovingly and compassionately. Become the tide that lifts all ships. Don’t become the hose that tries to hose the less evolved ships…hosing them off. Hey! You’re dirty! You’re full of shit…You’re this…you’re that…blah blah. They are going to get upset. Become the tide. Raise the ocean. Don’t lift the ship and make it an object of scorn. Poor Monsanto. Every activist in the world is evolved much higher that Monsanto executives. They make Monsanto the objects of scorn. So how does Monsanto react? Oh…forgive us, we’ll change our ways? No. They feel attacked. And what do you do when you are feeling attacked. You defend yourself. Well, unfortunately, the accusers…those that are causing the scorn…don’t have as much capital as Monsanto does.

So, Monsanto uses capital as a weapon. A weapon of self defense. And in their weapon of self defense, they lobby congress and they get congress to pass laws. I mean, check it out! The pharmaceutical world has made it a terrorist act if you free the animals they test their products on. So the activists who go into these labs and free the animals and get them out…they are up on felony terrorist charges…the people that go into the forest and spike the trees, so it will break the chain saws…again, the lobbies for these companies that have much more money than the activists have…are using money as a weapon. To lobby the law makers…to make laws that those people that sit in trees are now called eco-terrorists. And they are put away for ten, fifteen years for doing that, which is trying to save the environment. And that is the upshot of what happens when those that are evolved begin to scorn those who are less evolved. They are not only scorning those that are less evolved but those that have a plethora of weapons.

DAVID: So, when you say, “the rising tide that raises all boats”…it’s my own process of awakening that helps to rise the tide which…

GURU SINGH: It’s not only your own process, and that comes first. You are absolutely right. But it is the process of you teaching which raises the ships.

DAVID: And how would you recommend I teach in a way that is not judgmental?

David Welch: is the founder and CEO of Awaken Global Media and Chief Editor of AWAKEN.com.   One of the Producers of the award-winning movie “Peaceful Warrior,” member of the Directors Guild of America and Screen Actors Guild. David is a master practitioner of Neuro-linguistic programming, a certified Kundalini Yoga instructor and has a continuous, committed daily yoga, meditation and Qi gong practice. Guru Singh is one my primary teachers.