Awaken interview with Kim Eng. David Welch: First I want to thank you for being the true teacher that you are. The world needs more feminine teachers and role models. 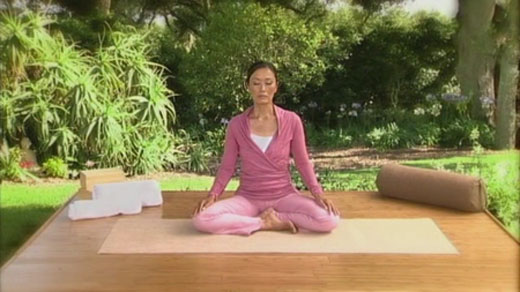 David: It’s my opinion that global warming and the challenges that mother earth is facing are because the masculine is running amok.  In short the planet is too patriarchal. So my question is how does society embrace and incorporate the divine feminine and basically… how do we get back in balance?

Kim Eng: That’s a good question. And it brings me to a time when I was in a session with the Dalai Lama and a small group. Somebody asked the question: You are for women’s equality and liberation” and he said, “Yes, of course.” “Then why don’t you do something to allow more women into the Tibetan Sangha? As it is, it’s completely male dominated.” His answer was “There are some monks that want that. But most of them still believe in the traditional way of excluding women.”

I was starting to fume inside. He’s the Dalai Lama. He could say something, I thought. He could change this right now if he wanted to. Why is he not changing it? But I didn’t say anything. I just wanted to sit with his answer. Because that was his answer, I wanted to feel it out and understand it. And then later that evening, as I was contemplating his response, I suddenly realized, Oh My God, if he were to enforce this, it wouldn’t be a feminine, yin approach, because yin is the allowing, the opening, the acceptance. The organic process is to allow things to happen and change of their own accord and in their own time.

So the yang would be… like putting your key in a lock, and if the door won’t open, forcing it. And then the key snaps or the lock breaks. Something goes wrong because there is a force of will. On the other hand, change brought about by yin energy is organic. It’s not forced. The yin way of opening a lock would be to put the key in the lock and maybe just gently wiggle it. Gentle, gentle until (Click). Voila, it opens.

Even when we are doing a sitting meditation, if you come there to sit for a reason, such as to become still, there is that underlying sense of I’ve got to change something, there is something wrong with this moment. But in the yin, the feminine quality, you come and you sit accepting all, even the moment of that yang quality. You sit and then soon enough something changes.

So I believe the feminine is arising and coming into this world more and more. But change and a complete shift happen all in their own time. Does that mean we don’t do anything? No. That’s not what I’m saying. We still take action. But it’s the right action. It’s the action that comes out of stillness. And when there is spiritual discernment, we get to see when we are taking action that arises out of the ego, which is forceful, and when we are taking action that arises out of stillness, which has a gentle strength to it. Now that is not to say that all action is necessarily going to be gentle.

There could also be a fierceness that arises out of stillness. But that fierceness is going to have a different quality to it. It is going to be a quality that is infused with a powerful sense of presence. It’s the power of essence and not the force of ego. But only you can know when that is happening within you and be aware of what you are saying. Is it from ego? Is it more yang? Or is it more yin? But the yin and yang are not completely separate.

If you look at the yin and yang symbol there is always a midst the yin, the quality of yang, and a midst the yang, the quality of Yin. The two are inseparable. Are we going to completely eliminate the yin? When the ego takes over, it may try to do that. A forceful yang where there is no yin at all. Are we just going to sit back and say, Well, you know, it’s really not up to me to change, I’m just going to sit here. And that might be the case, because there are some people who Eckhart calls “The Frequency Holders”. They are not very much action oriented, but drawn to “being” more than “doing”. 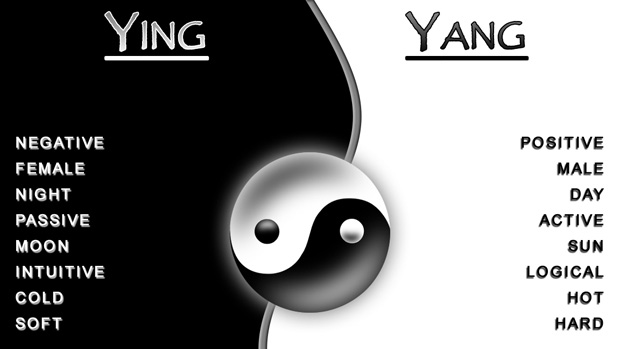 So what the Dalai Lama said, did make sense. He is just allowing the natural progression of change to happen all of its own. And that’s what it is. The Yin quality of change is an organic process. And just as Eckhart mentioned, where you have a group of people overthrowing a government because they think they can do it better, if they are coming from a place that is totally from the egoic mind and not from stillness, when they attain power, their ego will become inflated and they’ll recreate more of the same corruption.

So how can we be in this world and create a new Earth where the ego is no longer in control? Will it happen in our lifetime? I doubt it. But are we part of the totality? Yes, we are. That means that we perform our role here, whatever that may be. And we do what we can, in that gentle, soft, open yet fierce way.

So both qualities must be there, the yang and the openness of yin. They both arise within the one consciousness. And we come to realize that they are both form. When you are aware of the space of consciousness within which both yin and yang exist, there is a knowing, a different knowing that is not of the mind. It’s not describable how and where it comes from. You just know.

Life will always show you when your consciousness is clouded by ego. And then you go oh, ok… I had a little bit of ego there. So you let that go and just carry on in this moment, because it’s only in this moment that change is possible. We can set a goal, have an idea or a vision. But the present moment is primary. So it’s almost like letting go of the goal because if we are too much attached to the end result, we overlook what is primary, the present moment. But what happens in the present moment may change the nature of the goal. When there is a balance between yin and yang, you can pursue a goal with energy and resolve (yang), but at the same time you’ll be open to the messages the present moment may bring, and so your goal may change, or your way of attaining it may change. You are flexible, not rigid.

Of course, reaching a goal is never really the end, because all forms are impermanent. For example, look at children building a sand castle. They build it, love it for a while, and then they say look mom, dad, we built this sand castle. Great, that’s lovely, that’s beautiful. And then suddenly, they run and they jump on it and it collapses. So even when we attain the goal, it’s only there for a period of time. And then that too will eventually dissolve.

Everything in form eventually dissolves. And since everything is impermanent, and we evolve, even a vision that you had ten years ago, which has manifested externally, may suddenly dissolve. What’s going on? Why are people not coming anymore? Or why isn’t it working anymore? You’ve got to be open to that change again. So it is that openness to change that’s important. The ego so much wants to make them solid, make permanent. 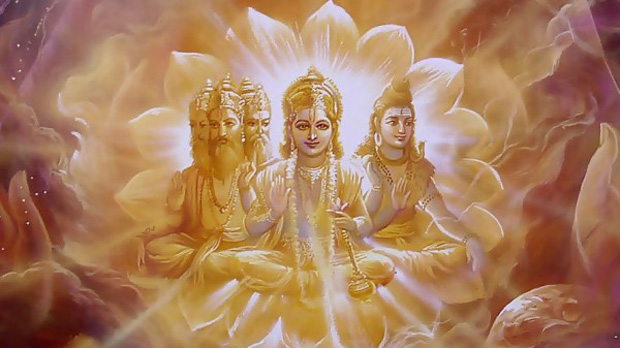 There are three Hindu Godheads, Brahma, Vishnu and Shiva. Brahma is the creator. Vishnu is the sustainer. He wants to keep things in place as a maintainer and protector. And then there is Shiva, the destroyer. Those three Godheads are not outside of us but are inside of us. They are activities within the one consciousness. So there is incessant creation. And Vishnu is in constant wanting to maintain what it’s built and created.

Now it’s usually Shiva that we have a problem with. Because Shiva will say Hey you know, it’s time to destroy here. It’s painful to have that attachment when it’s time to let go. If we don’t let go, life will do it anyways. So we have built up this ego and we are trying so hard to protect it, maintain it, keep it in place. But when we are in the time of Shiva, which often coincides with our spiritual awakening, we can be like that child who even enjoys seeing the sand castle collapse. Are we going to go no, no, no, it’s really beautiful it mustn’t be destroyed. Everybody is saying, oh, it’s too beautiful to destroy. But soon enough, the tidal wave is going to come up anyway. That wave will come and wash it out.

So here we are in a time of transformation of this world, where the energy has been predominantly Yang. And now we are going through a change, a shift, allowing the feminine, Yin, into the Yang. The world is going to undergo a transformation, which doesn’t mean that everything will be destroyed, but only those structures that are too rigid to change. We don’t know what they are, but can we accept it when Shiva comes in?

Can we allow the three operations of creating, sustaining and dissolving to operate within us and in this world, with non-attachment? And that is our spiritual practice… non-attachment. So this is what we are dissolving within ourselves, the identification with thought forms, as well as our emotions. Who says we cannot have sadness? When you’re sad, that’s what is.

There is a wonderful Zen story where a student finds his master sitting on the rock and he’s got his face in his hands and he’s just weeping and weeping and crying. And his student comes up to him and says, “Master, master, what is wrong?” And the master looks up and he says, “I’ve just found out I’ve lost my son.” And he goes back to crying. And the student says, “But master, if you say that all this is an illusion why are you weeping?” And the master looks up and replies, “Because this is the saddest illusion of them all.”

See how much we tend to attach ourselves to a superficial kind of happiness, which is dependent upon circumstances. That’s how it always should be, we think. But it isn’t. Things happen. Stuff happens. And can we be OK with that?

One day, as Krishnamurti was giving his teaching to hundreds of followers, he asked, “Do you want to know my secret?” Everyone said, “Yes, of course.” And he said, “I don’t mind what happens.”

David Welch is the founder and CEO of Awaken Global Media and Chief Editor of AWAKEN.com.   He is the Producer of the award winning movie “Peaceful Warrior.”  David is a master practitioner of Neuro-linguistic programming, a certified Kundalini yoga instructor and has a continuous, committed and daily yoga, meditation and Qigong practice.