Biden Should Restore The Role Of Science In The U.S. Government

by Jane Lunchenco: Four ways the new administration can elevate evidence and build up the science ranks… 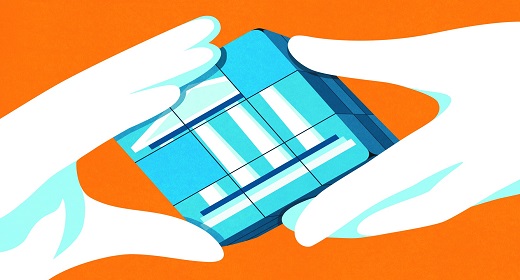 uring the 2010 BP Deepwater Horizon oil spill disaster, I flew on Air Force Two with Vice President Joe Biden to the Gulf of Mexico to join him in meetings with fishing communities to hear their concerns and share what the federal government was doing. Although I had been in high-level group meetings with the VP, it was the first time he and I had an extended one-on-one exchange. Our plane conversation covered a range of topics and apparently intrigued him enough that, as we landed, he asked me to please join him in his VPOTUS car so the two of us could continue talking about what scientists had learned about the spill and what the National Oceanic and Atmospheric Administration was doing to help.

As he peppered me with questions, it was abundantly clear that he respects science and looks to scientists to help understand complex issues and chart a smart path forward. It was equally clear from his subsequent remarks to fishing communities that he was unusually adept at integrating scientific knowledge into an empathetic message with honesty, substance and sensitivity. In his meetings and speech, the point was how to make science relevant to people’s lives.

Now that Biden is on the eve of his presidency, what specific actions should he take to restore the scientific expertise needed for our collective good? A comprehensive list would take too many pages, so I have bundled my priorities into four categories, drawing on my four years as Undersecretary of Commerce for Oceans and Atmosphere and administrator of NOAA and my two years as the first U.S. Science Envoy for the Ocean with the U.S. State Department.

1. Make science and scientists prominent. Show they are respected. Create transparent mechanisms to ensure science is part of every major decision. If the president takes these steps early on, that tone will be emulated across the executive branch.

President-elect Barack Obama announced his “Science Team” in mid-December of 2008, shortly after announcing his selections for cabinet-level positions. Elevating science so early on made an unmistakable statement about his priorities. Most modern presidents have had a science adviser, but announcing a Science Team was new and noteworthy. I was fortunate to be an inaugural member of that team. That early visibility sent a clear signal to other political appointees: these folks matter, give them access, listen to them. Biden should name a Science Team and make his science adviser a cabinet member. Doing so would make an unambiguous declaration of the importance of science to this administration.

Any major special team—for example, a new White House Climate Team—should have a visible lead scientist. A scientist need not be in charge of the team (although that is fine, too!), but having a scientist vested with the responsibility of ensuring that science is at the table will help inform key decisions. In the Obama administration, numerous interagency teams were created in response to various needs. During the BP Deepwater Horizon disaster, the national incident commander who led the interagency group of mostly cabinet-level principals routinely began each daily meeting by asking me to recap the latest relevant scientific information. Placing science at the top of the daily agenda made it visible, present and respected.

Announcements of major decisions or actions should include summaries of the relevant science. This should help instill confidence in the decisions taken. For example, when NOAA and the National Weather Service changed the language used to issue extreme weather watches and warnings, we made it clear that we did so because social science findings told us that the previous language was insufficient in communicating when there was a life-threatening situation that warranted immediate action, such as an imminent tornado.

2. Restore and strengthen the conditions that enable science to thrive and inform decisions.

The president should issue scientific integrity (SI) guidance that applies across the executive branch and direct agencies to create or strengthen SI policies within a specified time frame. A policy should forbid anyone in the executive branch from cherry-picking, manipulating, suppressing or distorting scientific information. Agency scientists should be free to speak to the media about their scientific findings (as distinct from opining on agency policies) without having to go through a gatekeeper or be scripted with politically constrained talking points. SI policies must apply to everyone, career and political employees. NOAA’s already strong SI policy, for example, should be updated based on violations of that policy by political appointees who tried to provide cover for President Donald Trump during the so-called SharpieGate scandal, when Trump showed a hand-altered map to support a false claim he had made about Hurricane Dorian’s predicted path. NOAA’s policy had a mechanism for investigating violations, but there were no real consequences for serious violations. An SI policy should be a living document, part of the active culture of an agency, owned and embraced by employees.

Because SI policies are the bedrock of a healthy, thriving scientific enterprise within the federal government, basic principles should be enshrined in law, not just in agency policy. Some members of Congress agree and are keen to act. Biden should work with them to pass a robust SI law.

External advisory committees bring outside expertise to agencies, but many were eliminated or weakened under the previous administration. Biden should reverse Trump’s executive orders on Federal Advisory Committees and empower agencies to take full advantage of the scientists who voluntarily share their expertise to complement agency knowledge or act as a check on agency decisions.

During my time at NOAA, I was constantly impressed with the knowledge, dedication and integrity of its scientists. Today, however, the scientific workforce across the federal government has been reduced and demoralized. Reconstituting that capacity with diverse, stellar, early-career scientists should be initiated immediately and will bring decades-long benefit to the nation. Agencies should ensure that there are vibrant career paths for scientists and that scientists have a strong voice within the agency. At NOAA, we created clear science tracks, a science council, and annual all-scientists meetings to empower scientists and enable them to deliver what the nation needed.

Persistent national and global challenges require periodic, refreshed syntheses of relevant scientific information. Biden should ensure that the next National Climate Assessment, which is just getting underway, is well led and free from political interference. In addition, he should consider a similar interagency mechanism that engages outside scientists for a periodic National Assessment for the Ocean, for Biodiversity, for Environmental Justice and for Health.

3. Modernize the use of science across the agencies. Today’s problems require more holistic approaches, drawing on complex adaptive systems thinking and integrated socioeconomic approaches. Solving many problems requires actions across multiple agencies, but the mechanisms are often ineffective. Climate change is an obvious example, which is why President-elect Biden is creating a cross-agency team anchored in the White House. Obama created a National Ocean Council to coordinate the 26 federal agencies and offices that relate to the ocean and help implement a National Ocean Policy. Trump upended the policy and weakened the council. Biden should listen to emerging scientific information about powerful opportunities for healthy ocean ecosystems to help address climate change, economic recovery, biodiversity protection, coastal resilience and equity, and he should empower a new National Ocean Policy and Council to harness the power of the ocean.

4. Depoliticize science— it is not partisan. A persistent, smart effort is needed to share the awe and demonstrate (not just assert) the importance and relevance of science.

I believe that a major reason Americans across the political spectrum reacted negatively to SharpieGate was that they understood how important it is to have accurate lifesaving information, free from political interference. They appreciate the fact that hurricane forecasts are based on science, and they want to know what the experts think is likely to happen.

A vibrant democracy requires informed citizens. Decision makers will typically consider a range of factors—values, economics, politics, and opinions of peers or family. But science should also be at the table. Opportunities to participate in science can help demystify science and make it more accessible. Seeing how it is used in making decisions can help the nation move beyond polarization of science. Messages and actions from the country’s leader matter.

In short, Mr. President, on my imaginary flight with you on Air Force One today, I ask you to please tap, elevate and empower scientists to deliver knowledge and solutions, create the conditions to protect the integrity of science and enable it to thrive, embrace and use science, even when it is inconvenient, and explain why and how science matters. The nation and the world will thank you.