Finding The Roots Of Japan 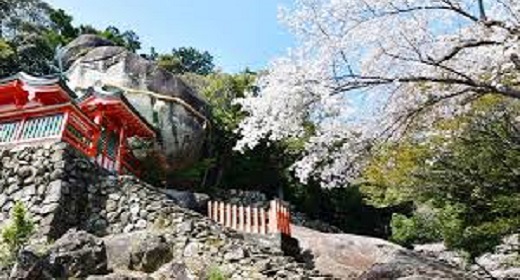 The pilgrimage routes to Wakayama’s Kumano Sanzan shrines in the Kii Mountains, known as the Kumano Kodo, is more than a heritage site with over 1000 years of history. It is home to the tale of Japan’s birth as a nation. According to the Kojiki (the first documentation of Japan’s history), Jimmu, the descendent of sun goddess Amaterasu, descended from the heavens to launch a war to become the nation’s first emperor. Together with his troops, Jimmu won the war after their journey through the Kumano mountains under the tutelage of the messenger, a sacred three-legged crow named the Yatagarasu.

The Kumano Sanzan (which stands for the three shrines of Kumano Hongu Taisha, Kumano Hayatama Taisha and Kumano Nachi Taisha) emerged as a religious institution back in the 11th century. Overseeing more than 3000 Kumano shrines in Japan, it is a doyen of religion in the country, with the Yatagarasu as its emblem. The Kumano Kodo comprises five main pilgrimage routes. The Nakahechi route commences from Tanabe then crosses over east towards the shrines. The most loved route by pilgrims from western Japan, it has been the imperial family’s pilgrimage route of choice since the 10th century. The Kohechi route runs through the heart of the Kii Peninsula from north to south, providing a bridge between Koyasan’s Buddhist temple complex and the Kumano Sanzan. The mountainous route is dotted with trails at more than 1000m high, making it a challenge exclusively for seasoned trekkers, or those inclined towards venturing outside their comfort zones.

The coastal route Ohechi travels south from Tanabe to the Fudarakusan-ji Temple. The passes deliver panoramic views over the Pacific Ocean, so it is no surprise that the route was the muse of artists and writers from the Edo era. Tucked between the Ise-jingu shrine and the Kumano Sanzan, the Iseji route meanders along the Kii Peninsula’s east coast. With an assortment of bamboo forests, beaches, mountain passes and terraced rice fields, the route became popular in the Edo period thanks to more pilgrimages made to the Ise-jingu shrine. Connecting Yoshino and Omine with the Kumano area, the Omine-Okugakemichi route provides the spiritual training ground for Yamabushi mountain ascetics. Running along the ridges, with a paucity of facilities, only veteran trekkers are recommended to try conquering this route, which will reward them with 75 nabiki meditation spots.

The Kumano Kodo is the birthplace of the country’s spirituality. The Kumano faith is rooted in the worship of the natural environment, in Shinto deities like ancient trees, and in waterfalls believed to be manifestations of Buddhist entities, making the Kumano Kodo a place that brings salvation to the pilgrims. As the old saying goes, ‘Those who seek, shall find’.

This year is a special chapter in the story of the Kumano Kodo – it marks the 15th anniversary of its status as a UNESCO World Heritage Site, in recognition of its dual celebration of Buddhism and Shintoism, and its persistent conservation of the Japanese sacred mountains tradition. Tokyo-based system engineer Ayuko Abe, 41, is a Dual Pilgrim who walked the route for nine days in September 2015. Despite her hip-joint bone issue, which she discovered after one of her other pilgrimage treks, she completed 60km of the way of St James in September 2018. She embarked on the trip because she was inspired by her courageous sister Akiko, the world champion backgammon player who survived cancer and was declared cancer-free in March last year.

“There is a spirit called Kodama which appears in the forest in Japanese anime director Hayao Miyazaki’s movie Princess Mononoke. I could not see it when I was walking in the forest but I could feel its presence. I felt in awe of nature there. Religion in Japan worships nature as a god and I felt as though I understood this on my pilgrimage,” says Abe, who plans to finish walking the way of St James, little by little, in the next decade.

No pilgrimage is complete without attending festivals that allow you to be in touch with your spiritual side. On February 6, the fire festival Oto Matsuri is staged, where participants wear white and eat white food as the colour embodies purity. Each participant cradles a torch ignited from a sacred fire, which erupts as the shrine gate opens, sending their hopes to the heavens above. On July 14, the famous Kumano Nachi Taisha Annual Festival, also known as the Nachi Fire Festival, is held. It is a spectacle to behold, with 12 6m-tall shrines which represent Kumano’s 12 deities being carried from the main shrine ground to the falls’ base. The festival culminates with 12 massive torches welcoming and purifying the shrines on the stone staircase. For those who want to retrace the footsteps of the Heian imperial household and court, who were the first pilgrims, the Kumano Kodo picture scroll procession takes place on November 3 to reenact the imperial pilgrimage, complete with traditional costumes.

As the icing on the cake of your pilgrimage, don’t forget to take home the Kumano Goohoin Amulet, the paper talisman featuring the Yatagarasu. Frequently spotted on house doors and in rice fields, it is a lucky charm that can keep evils at bay, prevent disasters and bring good luck. The three legs of the sacred crow represent heaven, earth and mankind. In Kumano Hongu Taisha they also stand for the main deity’s trinity of virtues – wisdom, benevolence and valour, all qualities that can carry you far after your pilgrimage. The cobblestone paths and mountain trails that form the Nakahechi section of the Kumano Kodo Pilgrimage Route have been well trodden by Japanese emperors and aristocrats. Follow in their illustrious footsteps on this three-day course of spiritual adventure visiting grand shrines and natural gods via river boats, walking paths, and hot baths.