Going Beyond Being Stuck In Mindfulness

by Chad Foreman: Recently I’ve had a few meditation coaching clients that were essentially stuck in mindfulness and wanted to move forward… 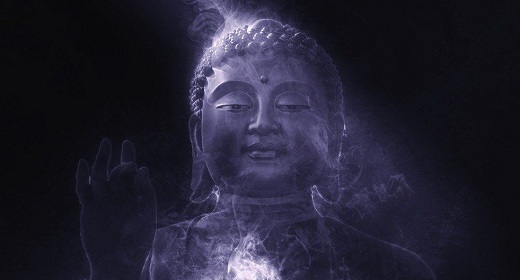 The practice they were doing is the most common these days which is a modern mindfulness practice of paying attention with bare attention to the present moment during the day and watching your breath or sensations in the body with a similar attention in meditation. Also co-incidentally I had a conversation with a close friend last week who is a mindfulness teacher and she told me her mindfulness practice was actually stressing her out.

So, I decided to share some broader context of mindfulness from the original sources of Buddhism and how that can help people move beyond being stuck. I hope it’s helpful.

Firstly I’d like to bring up a distinction between what is being taught as secular mindfulness championed by Jon Kabat-Zinn who gives the definition as “the awareness that arises from paying attention, on purpose, in the present moment, non-judgmentally”. And Buddhist mindfulness which is a translation of the Pali word ‘Sati’ which actually has more of a connotation of remembering or recollecting and is part of a richer complex context of right mindfulness found in the Buddhist eight-fold path.

The modern mindfulness practice of bare awareness of the present moment is ethically or value neutral and herein lies the first issue that Buddhists have with modern mindfulness practice and an area you can get stuck in. Just paying attention to the present moment enables clarity and concentration and is also a ‘circuit breaker’ of usual conditioned responses which gives some space to act more intentionally. But how you act is not prescribed in modern mindfulness it only teaches the first aspect of focus. I wrote more about this in Meditation is Just the Beginning where I outlined how a popular mindfulness based therapy called ACT (Acceptance & Commitment Therapy) does include the secondary aspect of commitment to your values and is therefore more of a complete practice.

According to the Dalai Lama the art of happiness is to cultivate positive states of mind like compassion, loving kindness, patience and generosity. Mindfulness in these Buddhist terms means being mindful or remembering to act in ways that will bring happiness to yourself and others. This also includes restraining from harming others which is the essence of ethical behaviour.  Alan Wallace, a brilliant Tibetan Buddhist teacher reminds us – “In the Pali Abhidhamma, where mindfulness is listed as a virtuous mental factor, it is not depicted as bare attention, but as a mental factor that clearly distinguishes positive from negative mental states and behaviour.”

Alan Wallace goes on to say “…if we stick to bare attention alone, it can also prevent wholesome thoughts from arising! For example, meditations for the cultivation of the four sublime virtues of loving kindness, compassion, empathetic joy, and equanimity are all practiced with mindfulness but not bare attention. Bare attention is not a complete practice, and by itself it can be helpful and yet very limiting.”

Buddhist mindfulness includes a discernment of what you’re doing, saying and thinking in the present moment and not just a ‘bare’ attention of it. Therefore my first suggestion, to go beyond being stuck in just bare attention mindfulness is to move into a discerning mindfulness which includes directing your actions and attitudes as a Theravadin monk says “right mindfulness (as described in the Buddhist eight-fold path) is not just a matter of focusing your attention; it’s also a matter of remembering the right attitude: the attitude that comes from right effort—the desire to do things skillfully and to let go of unskillful habits. When you have that attitude in charge, your mindfulness becomes right mindfulness, the kind of mindfulness that brings all the factors of the [spiritual] path together.”

I don’t want to denigrate modern mindfulness completely it does hold an important value in itself and that is creating a calm state of mind. Buddhist might call this neutral but it can be very positive if you’re stressed or anxious and in itself can prevent you from getting angry or violent toward others which seems to have an ethical value too. It allows the mind to focus intentionally, be flexible and malleable but that could be used to be calm at work and follow the goals of the company which may or may not be ethical or beneficial to the environment or others. This type of subduing mindfulness has been criticised and called McMindfulness because it is so ethically neutral and can easily be used to make people be well adjusted and focused within profoundly toxic work environments and institutions.

Also, in fairness there has been a shift in modern mindfulness to include loving kindness and is often called heartfulness. This type of mindfulness does include the important value of love toward yourself and others as you acknowledge that your bare attention can include a warmth and presence of kindness which has huge potential for moving you away from being stuck in a robotic self-centred witness of the present moment and toward something truly transformative. Jon Kabat Zinn even says “…if you don’t include a sense of heartfulness with your mindfulness you do not truly understand it.” Perhaps his operational definition of mindfulness using the term ‘bare awareness’ needs to be updated to include this intention to honour the full richness of the practice.

Modern mindfulness as performed in meditation is actually closer to a Buddhist practice called ‘shamata’ or ‘samadhi’. This is the refining of attention to be stable and pliable. To be able to focus your non-judgmental awareness on one thing and keep it there without getting distracted. This has enormous value in creating a very calm and peaceful state of mind and body which alleviates stress, anxiety and any number of strong disturbing emotions and also subdues a distracted hyperactive mind. This would seem to be of enormous value in today’s busy world and indeed I believe it is valuable.

However, two thousand five hundred years ago Gautama Buddha declared that people were stuck in this type of mindfulness practice and were not truly liberating themselves from the roots of suffering. Instead they were temporarily pacifying mental and emotional afflictions. He went on n to say that a person needs to develop the wisdom that comprehends the true nature of themselves so they can be fully liberated from the suffering of this world.

This is why discernment or an analytical mind was included in Buddhist mindfulness training which could distinguish that every single aspect of your experience was constantly changing and therefore knowing that there is no fixed permanent self became direct knowledge which did have the power to completely free you from egoic ignorance and its subsequent suffering. This aspect of meditation is called Vipassana and is to be united with the calm abiding of mindfulness meditation to be a complete practice.

I won’t go into this too much, I wrote more about it in my blog on how Mindfulness Leads to Special Insight. I will mention that Buddhist psychology states that discernment is actually an omnipresent mental factor which is a fancy way of saying that discernment is always present in your mind even when you are focusing on one thing. In other words, bare attention is never bare, it nearly always has a quality of subtly distinguishing and perceiving what it’s focusing on. This is an important point. It’s almost impossible to focus on something without the subtle concepts of what it is and what it is not.

Therefore, without this knowledge your mindfulness practice of bare attention can subtly reinforce your concepts of things and can even strengthen your ego. Not only are you stuck but you could be moving in the wrong direction. Transforming this ever present aspect of discernment into deep wisdom aligned with the way things really exist is fundamental to Buddhist mindfulness practice.

Essentially Buddhist use a calm and focused mind not only as an intervention to practice skillful and virtuous actions but also as a tool to penetrate the veils of delusion and develop the wisdom that understand the true nature of reality.

Firstly, before getting too deep, it’s worth mentioning the classic Buddhist mindfulness training is derived from a text called the four foundations of mindfulness. The four foundations are the objects you focus on which are the body, feelings, mind and phenomena. Along with the discernment of these things as being impermanent as discussed above, they are also viewed in an impersonal way without containing a separate self. The Buddha advised to view these foundations “in and of themselves”.

To go deeper the most subtle conception that you perceive when focusing your mindfulness is what’s known as the subject/object duality. The sense that there is something doing the focusing and something entirely separate that you are focused on. The mystic schools in all the wisdom traditions including Buddhism, Hinduism, Islam, Christianity and Western philosophy have discovered that the world is based on an underlying seamless unity which is expressed as multiplicity. Essentially it means that ultimately you are intimately connected to all things and the experience of being separate is an illusion.

To fully drop all thoughts and really come to a non-conceptual awareness of the present moment it is necessary to eventually even drop the object of meditation. Letting go and expanding awareness so you don’t centralise yourself into a narrow laser beam focus and artificially divide the world into separate parts. An advanced meditation instruction found in Dzogchen is “there is nothing to focus on, yet don’t get distracted.”

As one Tibetan meditation master warns “don’t mentally split into two when meditating, one part of the mind watching the other like a cat watching a mouse.” This is where people can easily get stuck and it’s actually a stressful place to be because it requires a high degree of forced concentration.

Since the great mystics and meditation masters have told us that at our core we are actually one with everything and already perfect in that regard; therefore to let go of duality actually implies to rest naturally in your true nature without any effort at all. I go into this in detail in my blog The 6 Foundations of the Natural State of Meditation.

It’s this great release from the dualistic grasping of the small mind that allows us to move beyond mindfulness and directly experience the ultimate relaxation of the sublime realisation of reality. As the meditation master Dilgo Khentse Rinpoche says “when performing meditation practice one should develop the feeling of opening oneself completely to the whole universe with absolute simplicity and nakedness of mind, ridding oneself of all divisions.”

The ultimate mindfulness is totally natural and non-dualistic, it’s more concerned with resting in an open presence than focusing or concentrating. Dilgo Khentse Rinpoche goes on to say “The whole universe is open and unobstructed, everything mutually interpenetrating. Seeing all things nakedly, clear and free from obscurations, there is nothing to attain or realize. The nature of things naturally appears and is naturally present in time-transcending awareness; this is complete openness”.

I have found this type of non dual open presence resting the most serene and profound type of meditation and the culmination of practice. However, I also practice and teach starting with dualistic mindfulness practices watching the breath with a stable attention, deep breathing and heart centredness. I believe ultimately it’s a continuum of practice from effort to effortlessness and the meditation journey is filled with rich discoveries of embracing heartfulness, letting go of ego and many other personal and unique experiences of awareness, energy and being.