On Climate, Biden Must Do More Than Undo Trump’s Damage

by Andrea Thompson: The new administration cannot just go back to the future on carbon emissions… 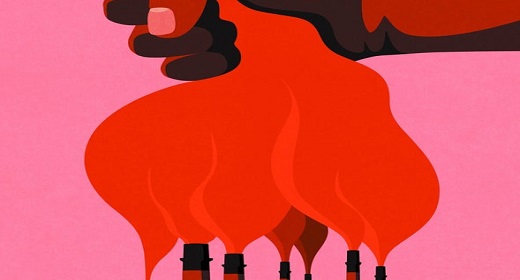 One word sums up what the Biden administration must do to address climate change: restart.

In 2015 nearly 200 nations committed to the Paris Agreement, which aims to prevent the worst impacts of climate change by limiting global warming by 2100 to less than two degrees Celsius above preindustrial levels. The U.S. pledged to reduce its greenhouse gas emissions to 26 to 28 percent below 2005 levels by 2025. Then Donald Trump was elected president. He soon announced that the U.S. would pull out of the accord, and his administration spent four years relentlessly rolling back regulations intended to curb emissions and protect the environment. Dozens of coal-burning power plants, the worst carbon polluters, shut down anyway as market forces expanded the role of cheaper, cleaner natural gas, wind and solar power. And various states, cities and industries cut emissions. Yet even with that progress, Trump’s rollbacks could add the equivalent of 1.8 billion metric tons of carbon dioxide to the atmosphere by 2035, according to the Rhodium Group, an independent research organization.

Joe Biden must now make up for lost time, and last November he said the U.S. would rejoin the Paris Agreement immediately after he became president. This commitment is important because the U.S. is still the world’s second-largest emitter, behind China, and it can return as a world climate leader. But Biden will also have to ratchet up the original U.S. pledge because warming—and its effects—has only sped up since the Paris Agreement was established. Biden promised to issue an executive order calling for net-zero emissions by 2050, but he will need to set specific interim targets. The World Resources Institute says reducing emissions to 45 to 50 percent below 2005 levels by 2030 could put the country on track.

Congressional legislation is the most effective way to create the concrete policies needed to achieve those goals because it gives federal agencies clear priorities, is much harder to override with presidential actions, and can better withstand legal challenges that might be brought by industry or special-interest groups. But the divided U.S. Senate will make sweeping laws hard to pass. Biden will have to work through executive orders and will have to charge federal agencies such as the Environmental Protection Agency with issuing new regulations under existing laws such as the Clean Air Act. He will need to “turn every stone possible,” says Narayan Subramanian, an environmental lawyer working with the Center for Law, Energy & the Environment at Berkeley Law. The most immediate focuses are transportation, power plants, methane emissions and pesky hydrofluorocarbons (HFCs).

With coal plants retiring, transportation has surpassed power generation as the country’s largest carbon emitter. The quickest action Biden can take to tackle those emissions is to reinstate California’s waiver to the Clean Air Act, allowing the state to enforce its Advanced Clean Cars regulations. The regulations set fuel-efficiency standards for cars and light-duty trucks that are tougher than federal rules, which means fewer emissions. In the past, automakers have built their nationwide fleets to meet the state’s standards to avoid making two versions of their vehicles, and some states, such as New York, typically follow California’s lead. The Rhodium Group estimates that reinstating the waiver would save about 573 million metric tons of emissions by 2035.

To expand on that action, Biden could charge the EPA and the Department of Transportation with rescinding Trump’s Safer Affordable Fuel-Efficient Vehicles Rule, which undercut more stringent national standards set under the Obama administration. Even then, to stay on course to meet the two degrees C goal, 90 percent of U.S. passenger cars and light-duty trucks would need to be electric by 2050, according to a recent study published in Nature Climate Change. Because cars last 12 to 15 years on average, new EPA and dot rules that encourage or require zero-emissions vehicles by 2030 or 2035 would help the U.S. fleet turn over in time. Some major U.S. car companies, including General Motors and Ford, are increasingly investing in electric vehicles. And Ford, along with several leading international companies, opposed the Trump administration’s rollbacks because the moves were likely to end up in court, creating regulatory uncertainty.

In the electric-power industry, market forces will not cut emissions fast enough to meet the temperature goal, according to Dan Lashof, U.S. director of the World Resources Institute. Biden has set an ambitious goal for the power sector to be net zero by 2035. If achieved, it would reduce emissions by up to 1.38 billion metric tons of CO2 a year by 2030 and 1.51 billion metric tons a year by 2050, according to the Asia Society Policy Institute and the nonprofit climate science and policy institute Climate Analytics.

Reaching those numbers will require replacing Trump’s Affordable Clean Energy rule with a more aggressive version of the Obama-era Clean Power Plan, which was suspended by the U.S. Supreme Court before it could go into effect. The plan, an EPA regulation, would have set strict limits on emissions from power plants. Biden could carefully enact new EPA regulations that can better withstand any future federal court challenge.

Although CO2 emissions are abundant and stay in the atmosphere a long time, scientists are paying increasing attention to curbing methane emissions because new studies show they are rising fast, and methane is a more potent greenhouse gas. The Trump administration recently rolled back several methane regulations, including, notably, EPA rules requiring oil and gas companies to monitor and repair leaks in their infrastructure. The Rhodium Group estimates that leaks would increase emissions by 592 million metric tons through 2035. As with power-plant rules, Biden will have to work through the EPA to repeal the rollbacks and install new, tougher requirements.

Hydrofluorocarbons, used in refrigeration and air conditioning, also pack a major warming punch. Here is one case where Congress could play a role. Republican senators, among them John Kennedy of Louisiana, backed legislation to cut HFC use 85 percent by 2035. That provision was part of an omnibus government funding bill passed by Congress in December. The mandated reductions are in line with the 2016 Kigali Amendment to the global Montreal Protocol, which calls for a more than 80 percent reduction in HFC production and consumption in the next 25 years.*

Biden can also expand on legislation that has already garnered bipartisan support, for example, by maintaining tax incentives to encourage the expanded use of renewable energy and electric vehicles. Any pandemic-related stimulus packages could include funding for green infrastructure projects such as the construction of more electric-vehicle charging stations to help grow that market or the sealing of abandoned oil and gas wells that leak methane. Moreover, the federal government can use its considerable purchasing power to help bolster parts of the clean-energy sector, such as by buying electric delivery vans for the U.S. Postal Service.

One important leadership change the Biden administration and its agencies can make is to help cities, states and companies play greater roles in reducing emissions quickly by alerting them to planned federal rules and regulations. That way they can begin to adapt sooner. “At the end of the day,” Subramanian says, “one of the biggest tools the Biden administration has is sending signals.