The Joy Of Napping: Why Daytime Snoozes Are Going To Save Us In 2021

by Daphne K. Lee: Here at Greatist, we love a good trend… 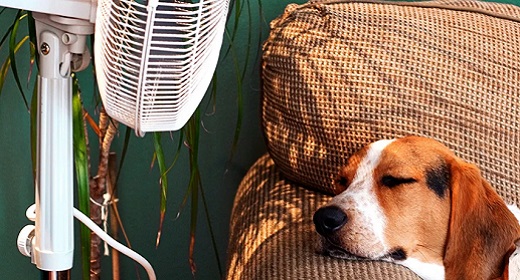 We love hemming and hawing over whether our wallets (and yours) should open up for that #WorthIt spiel we’ll text to our BFFs — and we try to do it before word gets out. Because nothing dampens a retail therapy rush like a waitlist.

But considering the way 2020 rocked the boat and the not-so-subtle indications that 2021 isn’t going to be much better, it’s clear we’re going to need a lot more than microgreens and bike shorts to get us through this year. We’re going to need something with substance — long-term benefits, even.

I have to admit that I was never a nap person. Think of me as the guy from Green Eggs and Ham: I didn’t like naps in a house, with a mouse, neither here nor there. They just felt like a forced use of my time.

Then came the nap dress.

Made popular by Hill House Home last summer, the nap dress is best described by Rachel Syme in the New Yorker: “It looked as light and sweet as meringue. It looked frighteningly easy to stain.”

“Frighteningly easy to stain” was how I felt about naps. I used to lie down for a 10-minute nap and end up lying there for hours. (Did I say “stain”? “Total waste of time” is what I meant.)

But the nap dress looked so luxurious. It seemed to tell me, “Light and sweet is how you should feel after taking a nap.” And because I didn’t want to spend $200 on a dress, I decided: First, let me see if I’m worthy of the dress. Let me take a nap.

Embarrassingly enough, that was what it took for me to see the napping light. And my god, had I been missing out.

The benefits and bliss of a mid-workday nap

As a born-again napper, I can confidently say that we — collectively, as a society — do not accept how productive naps can be in our lives.

During the worst news cycles of 2020, I was so stressed out that I couldn’t read a sentence without immediately forgetting it. Naps have become a tool in my struggle against mental exhaustion and a way to boost energy midday (without more caffeine).

That’s been one of the blessings of working from home. Not only have I been able to nap in bed with my linens, but I’ve also felt empowered (thanks to an empathetic, pro-nap team!) to take back time for myself. I’m practicing self-care in a way that makes me feel rejuvenated midday! It’s like getting two fresh starts in one day instead of wondering why 8 hours feels so long.

Naps are the perfect sleep trend

According to Pinterest, sleep care is coming for us in 2021. Between workouts for sleep and sleep products, people are looking for more ways to get better rest at night. But sleep hacks geared primarily toward bedtime might not be the inclusive hack we need.

For the night owls and insomniacs who sleep 5 or fewer hours a night, buying a diffuser or doing yoga before bed probably isn’t going to cut it. Plus, some people just like staying up late.

“Revenge bedtime procrastination” is a term that rose to fame around the same time as the nap dress. It describes the need to regain control of your life by forgoing sleeping hours and getting more alone time.

So, shouldn’t every one of these folks also have access to the pure joy that is being well-rested?

Napping tips from a reformed non-napper

Once I got used to the act of falling asleep, naps became revolutionary. But I did have to accept the idea of naps before my brain stopped fighting sleep. Accepting the idea of a nap is very much along the lines of reclaiming your time during a workday. It takes practice to believe you deserve to sleep, to turn off the ghost notifications that haunt your brain even while Slack is on snooze and you’re “in a meeting.”

Think of it this way, though: When you think you should be working, the reality is you need to care for yourself before you operate heavy machinery — or, er, make gratuitous typos everywhere.

A nap shouldn’t be the defining feature of your day, and it definitely shouldn’t be used as a replacement for sleep. It should be short — like, dear employee, you can have a little time to yourself as a treat. Shoot for 20 to 30 minutes. Any longer and you might feel groggy in your brain and body.

Don’t nap too late in the day

Generally speaking, you shouldn’t nap after 3 p.m., although everyone operates on a different schedule, so this cutoff is somewhat flexible.

Take naps when you need them

This is my best tip as a reformed non-napper. Before the nap dress came along, I had gotten into my head that naps should be a scheduled, regular thing. Wrong. Naps should be like your favorite outfit: Wear it when you want to because of how it makes you feel. (And no, I didn’t buy the dress. But I now take naps, and that’s… priceless!)

In 2020, naps made the days blur together less and made my ability to be present stronger. In 2021, there’s no telling what I’ll be able to do. Just let me take this nap first.