This Is Your Brain On Lies

by Crystal Goh: Whether it’s lying about being sick or being stuck in traffic, telling a white lie may seem to make our lives a lot more convenient… 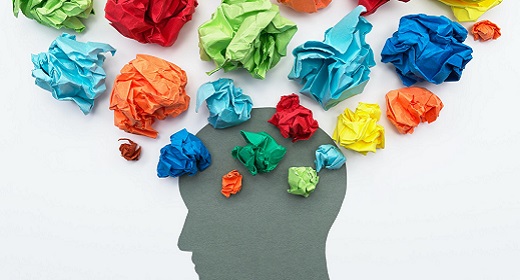 But research shows when we shrug off white lies, we feel more comfortable telling bigger lies and hurting the people we care about.

We’ve all been there: spinning a little lie to our children, parents, friends, or boss that somehow grows and mutates faster than we can imagine. Suddenly, we’re wondering: “How did we get here?”,  and our minds are scrambling at lightspeed for an exit strategy.

So, how did this happen?

Scientists have an explanation for how we slide down the slippery slope of dishonesty. According to a recent Nature Neuroscience study by Tali Sharot and her team at University College London, the more we lie for our own benefit, the more desensitized we become to the negative emotions associated with lying, and the easier it becomes to tell even bigger lies.

Why Do People Lie?

In this study, researchers designed a game where 80 volunteers were asked to guess the value of pennies in a jar, and send this estimated value to an unseen partner. Volunteers had to do this for many trials where the actual value of the pennies in the jar were always different. Additionally, they were told that sometimes if they overestimated the value, they would secretly earn money. Sometimes the money gained from “overestimating” was at the expense of their partner, but sometimes this would benefit their partner. Importantly, their partner would never find out about their dishonest “overestimation.”

Dishonesty escalated over time when it was self-serving, showing that the simple act of repeated dishonesty by itself is not enough for escalation to take place—a self-benefiting motivation must also be present.

What they found from the results of this game showed that sliding down the slippery slope depends on whether or not lies are self-serving. Volunteers gave bigger and bigger overestimations of the value of pennies in the jar (i.e. told bigger and bigger lies) when overestimation benefited themselves at the expense of their partner. When lying was beneficial to their partner but not beneficial to themselves, volunteers did not tell bigger lies over time (i.e. the level of overestimation stayed the same). And when lying was beneficial to both the volunteers themselves as well as their partners, the level of dishonesty was the highest. In other words, dishonesty escalated over time when it was self-serving, showing that the simple act of repeated dishonesty by itself is not enough for escalation to take place—a self-benefiting motivation must also be present.

The study also found that a particular part of our brains is to blame for sliding down this slippery slope. While playing the game, volunteers’ fMRI brain scans were recorded during their decision making processes. The amygdala—the brain hub for emotional and arousal processing, often associated with the fight-or-flight response—showed the highest level of activity when the very first self-serving lie was told. With every subsequent lie, however, the level of activity in the amygdala would drop. This decrease in amygdala activity even predicted how big the next lie would be: the greater the drop in amygdala activity, the bigger the next lie was going to be.

The results of Sharot’s study show that the “slippery slope” results from a disconnection between our brain and body’s signals of unease associated with engaging in deceptive behavior—this is due to a decrease in amygdala reactivity. According to Sharot, “part of the emotional arousal we see when people lie is because of the conflict between how people see themselves and their actions.” Lying triggers emotional arousal and activates the amygdala, but the level of arousal and conflict diminishes with every additional lie told, making it easier to lie. This comes down to a blunted emotional response to our decision to lie, and a desensitization of any bad feeling when we weigh up our “ideal self” versus the act of lying.

“Part of the emotional arousal we see when people lie is because of the conflict between how people see themselves and their actions.”
—Tali Sharot, study author, University College London

How do we prevent this desensitization to negative emotions that makes it easier to tell bigger lies? Connection to and awareness of our internal mental state, in a purposeful and non-judgemental way, is the crux of mindfulness practice. This quintessential practice of being present with our emotional state, by paying attention to our thought contents and physical sensations, leads to a more acute sense of emotional awareness. Through this, a practitioner of mindfulness may escape the snowballing effect of small lies turning into larger transgressions. As we improve our emotional self-awareness through mindfulness practice, we can combat the automatic desensitization of negative emotions and prevent repetitive lying.

The Cost of Dishonesty

Sharot’s study is valuable for understanding the brain mechanisms that cause individuals to tell bigger lies over time when they lead to financial gains. However, the true meaning of benefit may not always be money, nor may it always mean personal gain. As mindfulness practice develops, so does the capacity for empathy and compassion, which shortens the distance between self and others. This growing ability to empathize with others can help us re-evaluate the effect our dishonesty has on others, and help us become a more honest and sincere person.

Finally, while the study is about dishonesty towards others, the need for personal honesty is equally important. Humans are not only able to deceive others, but also convince ourselves of untruths. The psychology of dishonesty, be it a child stealing marshmallows or politicians covering up large economic scams, stems from a deep primitive mechanism for self preservation, both physically and mentally. The protection of the ego, the need for others’ approval, the strong urge to escape negative and uncomfortable feelings, are all motivations for self-deception. When we gain insight into our true internal motivation for lying, it is possible to catch ourselves before we fall down that slippery slope, and it may be that the wisest move is to never tell that very first lie at all.