Your Dog Just Had An Amazing Year 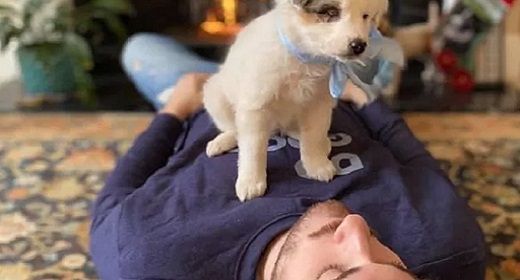 With the turning of a calendar page, we have renewed hope that we end the pandemic and will soon be able to gather again safely outside the home with friends and family.

While that’s great news for us, our dogs won’t be so thrilled.

There’s a comic circulating on social media where a couple of people and a couple of dogs look back on 2020. Their views are starkly different.

While most of us will easily categorize it as the worst year ever, our canine pals thought it was the bomb. Their humans didn’t leave for work. Their tiny humans didn’t go to school. That means so little time alone.

Everyone has been stressed, so there has been lots of snuggle time as every dog (and cat and bunny and hamster) takes on the role of emotional support animal. Because people have extra hours in the day, that means more playtime and walks. Everybody has been eating in or carrying out a lot so there have been tantalizing smells and maybe table scraps.

So many rules have probably been bent. Maybe the pup can now curl up on the couch or sleep in the bed if that wasn’t allowed before. All in all, it was a pretty amazing year.

Rescue groups and shelters had a surge in adoptions and foster requests since the pandemic began. People figured since they were going to spend so much time at home, they might as well spend it with a pet that needed a family. 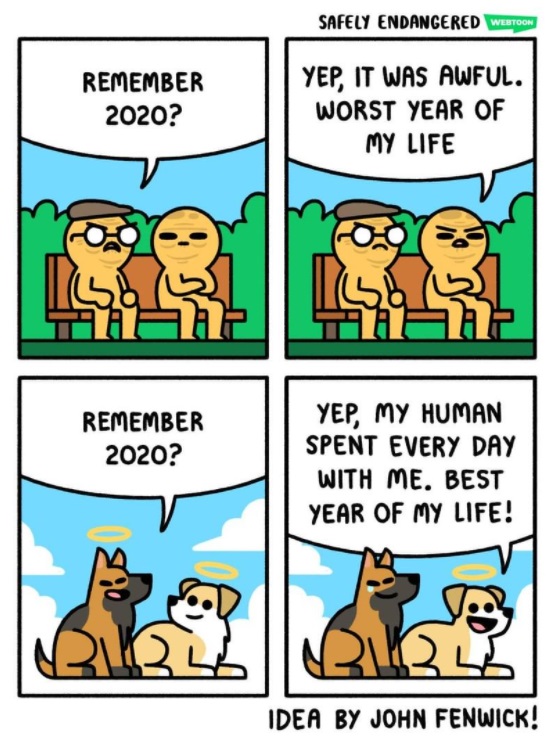 In addition, as adoptions increased, the number of strays and homeless pets declined.

Shelter Animals Count, a national database of shelter animal statistics, issued a COVID-19 Impact Report this summer tracking information from 1,270 organizations. It showed that 548,966 pets entered the shelters from March to June in 2020. compared to 840,750 during the same period in 2019. That’s a drop of about 35%.

There have been stories through the pandemic about animal shelters being empty as all pets were adopted or fostered. I know that some of the rescues I work with at times received many requests from new people wanting to foster for the first time or who were looking to adopt.

But now that these first-time dog owners or even long-time dog owners have lavished attention on their pets, what happens when the world goes back to some semblance of normal, hopefully soon?

Dog trainers and behaviorists will tell you that it’s important that you give your pet lots of alone time. If your dog didn’t have separation anxiety before, there’s a chance it will develop after you’ve been hanging out so much over the past many months.

If you haven’t been going into work and think you’ll start soon, be sure to gradually spend more and more time away from your dog. Take gradually longer outings without them and always leave things to keep them occupied like peanut butter-stuffed Kongs or indestructible toys that they only get when you’re away.

I am fostering the Treehugger puppies at my house. As adorable as they are, it’s tempting to just have them next to me all the time.

But I have two setups for them: one in a large pen in my office, and another downstairs. They get time playing and sleeping next to me and with my dog nearby, and then they get time in their other pen without people around so they entertain themselves.

I also make sure to play with each of them separately outside and inside so when they are adopted and will be separated from each other, hopefully that transition will be easier for them.

But it might not be easy for us when they leave. Our pets are playing a key role for us during this tumultuous, exhausting time. But for them, it’s been a pretty awesome year.