Actually The Calcium In Your Teeth Comes From Exploding Stars

by Ian Harvey: Calcium is important to the human body. Our teeth and our bones rely on it to stay strong. Calcium can be taken in supplements, milk, cheese and most dairy products but did you know we also get calcium from exploding supernovas? 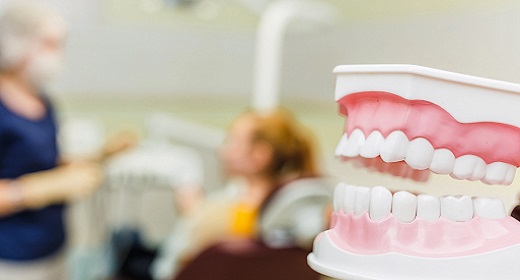 According to sciencealert.com, researchers have come to the conclusion that almost half of the calcium found in the human body comes from supernovas.

SN 2019ehk, a supernova in the Messier spiral galaxy about fifty five million light years away was discovered by amateur astronomer Joel Shepherd in April of 2009 and almost immediately after he posted the news, nearly all astrophysics scientists had their telescopes pointing to the dying star including NASA’s orbiting Neil Gehrels Swift Observatory. “A star set to explode”, the SBW1 nebula surrounds a massive blue supergiant in the Carina Nebula. ESA/Hubble – CC BY 4.0

National Optical-Infrared Astronomy Research Laboratory astronomer Régis Cartier remarked, “Most massive stars create small amounts of calcium during their lifetimes but events like SN 2019ehk appear to be responsible for producing vast quantities of calcium and in the process of exploding disperse it through interstellar space within galaxies.

Ultimately this calcium makes its way into forming planetary systems, and into our bodies in the case of our Earth!” These types of astronomical events are few and far between and difficult to see but this time scientists were able to study the star during its demise.

As the star exploded luminous X-ray lights were being shed and hitting an outer shell of gas giving astronomers the answers as to what the star was shedding.

The calcium is produced when intense pressure and heat within the outer shell lead to a nuclear reaction chock full of calcium that lasts for about three hundred days according to the research paper at iopscience.iop.org. by lead author, Wynn V. Jacobson-Galán, an NSF Graduate Research Fellow at Northwestern University in Evanston, Illinois.

A massive star’s life of nuclear fusion of hydrogen and helium produces carbon, nitrogen and iron. As iron amasses in the core of the star it causes the heat output to dramatically slow down which causes the core to collapse and the star explodes.

Some of the atoms released from the explosion join together and create nickel, xenon, cobalt, gold, silver and uranium which spread all over space according to imaginegsfc.nasa.gov. Lithium, beryllium, and boron are also elements obtained from space.

Raffaella Margutti, senior study author and assistant professor of physics and astronomy in Northwestern’s Weinberg College of Arts and Sciences tells us via cnn.com, “We are designing observing strategies that would allow us to find a supernova when they are very young (and faint) and immediately repoint the X-ray spacecraft to catch the bright but short lived X-ray emission.”

The new strategies will help astronomers detect upcoming supernovas before they begin to shed materials now that they know what to look for while scanning the skies.

Over sixty seven astronomers from fifteen different counties joined together to study and share their observations of SN 2019ehk making it a global effort. They are still watching the remnants of the explosion for a follow up study.

About three hundred and twenty years ago the star Cassiopeia A exploded and the remnants can still be seen today in the photos taken from the Michigan-Dartmouth-Massachusetts Institute of Technology Observatory on Kitt Peak, Arizona and the Chandra X-ray Observatory which orbits the Earth that show X-ray images of the dead star expelling gases that are hotter than our sun. They were able to see many of the elements being shed including the calcium which looked like a red nebula.