Deep In The Heart Of Texas’ Collapsing Power Grid

Everything in Texas went wrong at once… 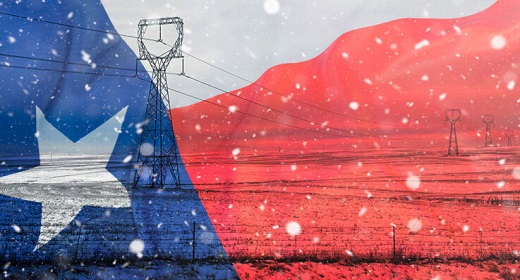 Texas is now entering its third day of widespread power outages and, although supplies of electricity are improving, they remain well short of demand. For now, the state’s power authority suggests that, rather than restoring power, grid operators will try to shift from complete blackouts to rolling ones. Meanwhile, the state’s cold weather is expected to continue for at least another day. How did this happen?

To understand what’s going on in Texas, and how things got so bad, you need quite a bit of arcane knowledge—including everything from weather and history to the details of grid structure and how natural gas contracts are organized. We’ve gathered details on as much of this as possible, and we also talked to grid expert Jeff Dagle at Pacific Northwest National Lab (PNNL). What follows is an attempt to organize and understand an ongoing, and still somewhat chaotic, situation.