by Alexandra Sifferlin: King Henry VIII originally courted Anne Boleyn’s sister Mary, but it was Anne who caught the English royal’s wandering eye — though she refused to be his mistress… 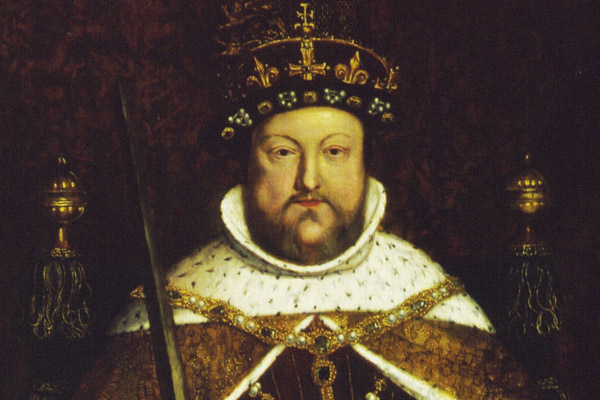 She wanted to be Queen. Unfortunately for Anne, the temperamental King had another change of heart and ordered her execution in 1536. Henry VIII wrote Anne this letter in 1527:

“I beg to know expressly your intention touching the love between us. Necessity compels me to obtain this answer, having been more than a year wounded by the dart of love, and not yet sure whether I shall fail or find a place in your affection.”

Napoleon to His Wife Josephine 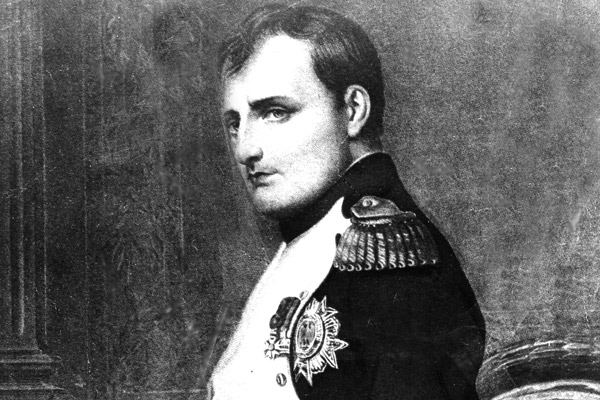 The ruthless French leader had a sweet side for his wife Josephine. Although he divorced her when she could not have children, he continued to write to her. A few days after they were married, Napoleon left to command the French army near Italy. In the following months, he frequently wrote, expressing how much he missed her. He wrote the following on July 17, 1796:

“Since I left you, I have been constantly depressed. My happiness is to be near you. Incessantly I live over in my memory your caresses, your tears, your affectionate solicitude. The charms of the incomparable Josephine kindle continually a burning and a glowing flame in my heart. When, free from all solicitude, all harassing care, shall I be able to pass all my time with you, having only to love you, and to think only of the happiness of so saying, and of proving it to you?”

Beethoven to His ‘Immortal Beloved’ 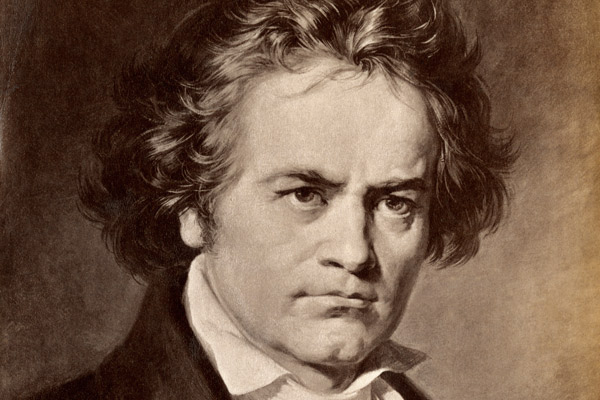 The identity of Ludwig van Beethoven’s “immortal beloved,” who received a plethora of letters from the composer in 1812, is still a mystery, but historians believe it was Antonie Brentano, a diplomat’s daughter. Beethoven dedicated his Diabelli Variations Op. 120 to her, and in one of his letters found after his death, he famously wrote:

“Though still in bed, my thoughts go out to you, my Immortal Beloved, Be calm–love me–today–yesterday–what tearful longings for you–you–you–my life–my all–farewell. Oh continue to love me–never misjudge the most faithful heart of your beloved. Ever thine. Ever mine. Ever ours.”

Winston Churchill to His Wife Clementine 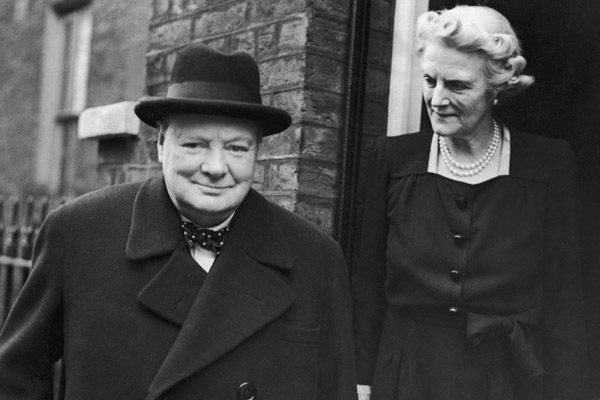 British Prime Minister Winston Churchill and his wife Clementine were married for 56 years and wrote to each other whenever they were apart. Winston wrote this letter to Clementine on Jan. 23, 1935, while she was traveling abroad:

“My darling Clemmie, in your letter from Madras you wrote some words very dear to me, about having enriched your life. I cannot tell you what pleasure this gave me, because I always feel so overwhelmingly in your debt, if there can be accounts in love…What it has been to me to live all these years in your heart and companionship no phrases can convey.” 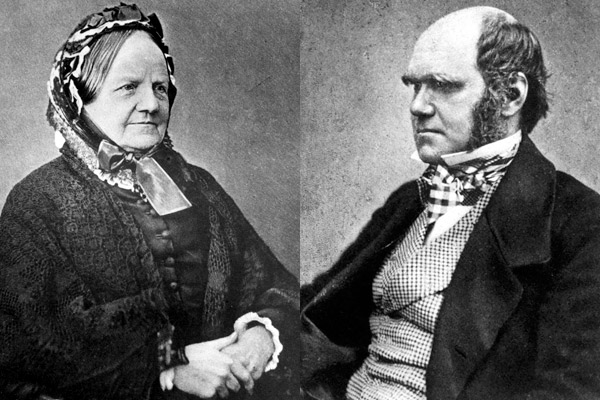 Charles Darwin, author of Origin of Species, wrote a pros and cons list for getting married, and eventually decided to propose to his first cousin Emma Wedgwood. The couple had a happy marriage, producing 10 children. Charles wrote this note to Emma just a few days before their wedding in 1839:

“How I do hope you shall be happy as I know I shall be. My own dearest Emma, I earnestly pray, you may never regret the great and I will add very good, deed you are to perform on the Tuesday: my own dear future wife, God bless you…” 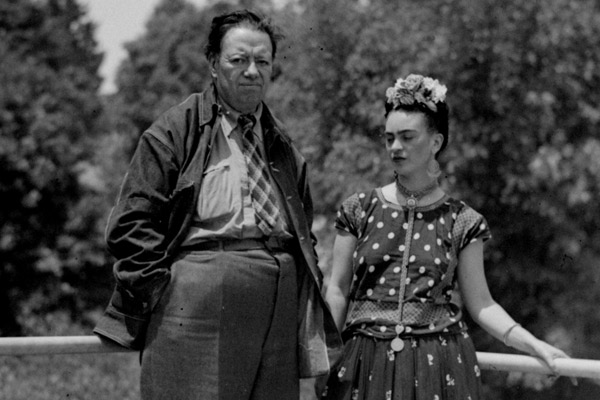 Although artist Diego Rivera was 20 years older than painter Frida Kahlo, she called him her “big child.” Kahlo loved Rivera, even though he was reportedly unfaithful. She once said, “I suffered two grave accidents in my life. One in which a streetcar knocked me down … The other accident is Diego.” The following is from a letter that Kahlo sent to Rivera in 1940:

“Diego my love- Remember that once you finish the fresco we will be together forever once and for all, without arguments or anything, only to love one another. Behave yourself and do everything that Emmy Lou tells you. I adore you more than ever. Your girl, Frida (Write me).”

Richard Burton and Elizabeth Taylor were Hollywood’s It couple for over a decade. They fell in love on the set of Cleopatra in 1963, and married and divorced twice. Burton wrote this letter to Taylor during the early part of their first marriage in 1964:

“My blind eyes are desperately waiting for the sight of you. You don’t realize of course, E.B., how fascinatingly beautiful you have always been, and how strangely you have acquired an added and special and dangerous loveliness.” 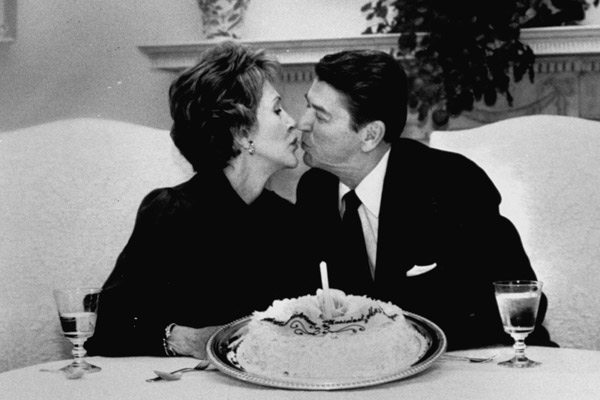 President Ronald Reagan wrote several love notes to his wife and eventual First Lady, starting when the couple first met. Nancy compiled some of his letters in her book I Love You, Ronnie. He gave her this note on Valentine’s Day in 1977:

I’m writing to you about a beautiful young lady who has been in this household for 25 years now—come March 4.

I have a request to make of you but before doing so feel you should know more about her. For one thing she has 2 hearts—her own and mine. I’m not complaining. I gave her mine willingingly, and like it right where it is. Her name is Nancy but for some time now I’ve called her Mommie and don’t believe I could change.

My request of you is—could you on this day whisper in her ear that someone loves her very much and more and more each day? Also tell her, this “Someone” would run down like a dollar clock without her so she must always stay where she is.”

Jerry Orbach to His Wife Elaine 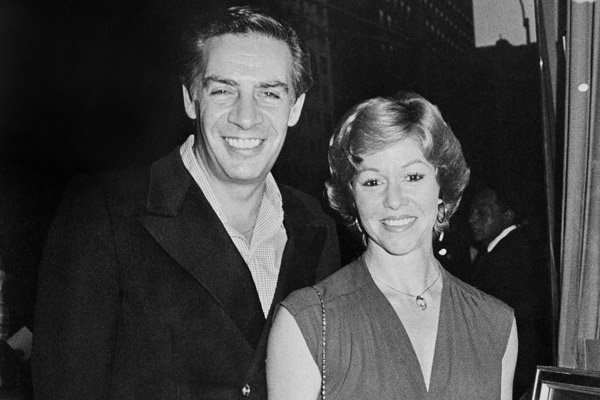 The Law and Order star used to leave love poems for his wife every morning next to her coffee. Their 25-year marriage is chronicled in the book Remember How I Love You: Love Letters from an Extraordinary Marriage. Jerry wrote this letter to Elaine on one Valentine’s Day:

“Valentine’s Day is here again. The weather looks cold and clammy…But I can happily go to work and try not to act too hammy. Cause I’ve got a warmness in my heart from my sunshine, my lifeline, my lambie! (I wish I could stay home and vie you a kiss!) xxx’s Jer”

Noah to Allie, The Notebook 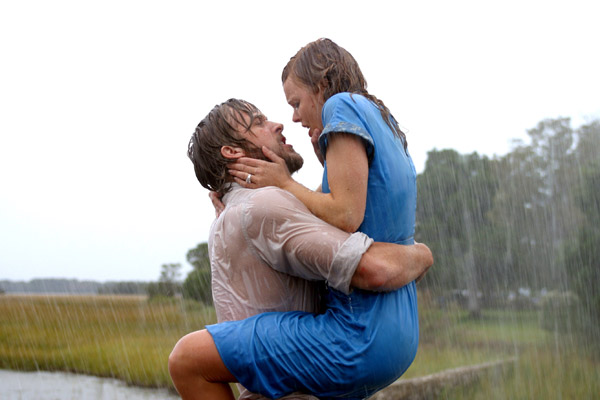 O.K., so Noah and Allie may be a fictional couple, but Nicholas Sparks is a genius when it comes to composing a goose bumps–worthy love note. Novel turned movie The Notebook is the ultimate Valentine’s Day go-to.

“My Dearest Allie. I couldn’t sleep last night because I know that it’s over between us. I’m not bitter anymore, because I know that what we had was real. And if in some distant place in the future we see each other in our new lives, I’ll smile at you with joy and remember how we spent a summer beneath the trees, learning from each other and growing in love. The best love is the kind that awakens the soul and makes us reach for more, that plants a fire in our hearts and brings peace to our minds. And that’s what you’ve given me. That’s what I’d hoped to give to you forever. I love you. I’ll be seeing you. Noah.”