How The COVID-19 Vaccines Compare To Each Other 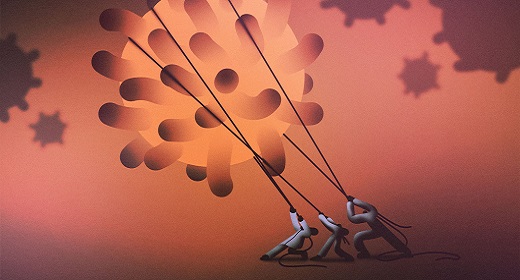 In the race to end the coronavirus pandemic, the more safe, effective vaccines we have available, the sooner we’ll be able to climb out of this mess.

So far, five vaccines — produced by Moderna, Pfizer, Novavax, Johnson & Johnson and AstraZeneca — are the front-runners. In the coming months, these vaccines will not only save tons of lives, but they will also alleviate some of the overwhelming pressure on the health care system and provide our frontline workers with some much-needed rest.

Below, where we dissect the leading vaccines, you’ll notice the shots’ efficacy levels range from 66% to 95%. While that may seem like a huge gap, it’s worth noting that comparing vaccine efficacy levels is kind of like “comparing apples to oranges,” according to Onyema Ogbuagu, an infectious disease specialist at Yale Medicine and principal investigator of Yale’s Pfizer COVID-19 trial.

Some of these vaccines (like Johnson & Johnson’s) were tested in areas where more contagious variants have taken hold, such as South Africa, whereas Moderna’s and Pfizer’s vaccines were tested before the variants identified in the U.K. and South Africa struck and began spreading like wildfire.

The biggest takeaway is that while the vaccines differ in how well they prevent symptomatic disease, so far nobody who has taken any of these vaccines have died or been hospitalized due to COVID-19. Preventing severe disease is something all the shots do well, so even imperfect vaccines will prove invaluable in our quest to end the pandemic.

Here’s a basic breakdown on each of the leading COVID-19 immunization options: 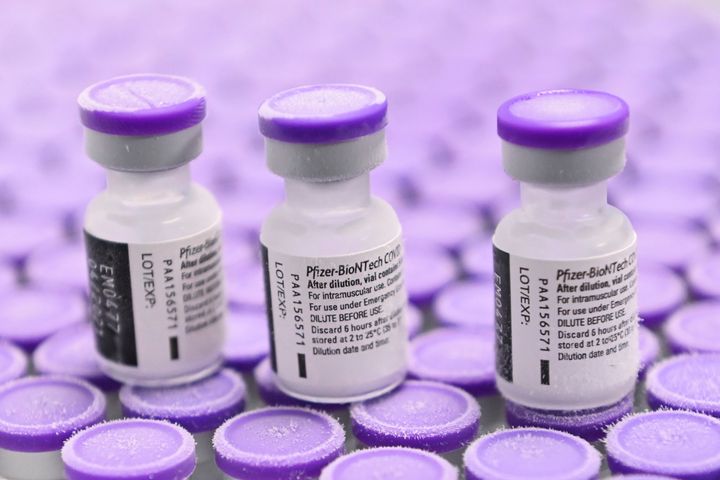 How it works: The Pfizer shot is a messenger RNA (mRNA) vaccine, which essentially sends instructions to our cells that teach our immune system how to fight the coronavirus.

How well it works on COVID-19 mutations: It holds up. A lab study looking at the blood of vaccinated people found the vaccine may be slightly less effective against new variants like the one discovered in South Africa, but it still protects people well. Of course, more evidence of the shot being put to the test in the real world is necessary to validate those findings.

How easily it can be tweaked to target new variants: Piece of cake. The vaccine can be changed in a couple of days, Ogbuagu said. Pfizer is already working on a booster shot against the mutations. The bigger question is what sort of testing and approval process health officials would require — that’s where there’d be delays.

Side effects: Most people will feel pain and soreness in the arm where they get the shot. Up to half of people are expected to experience flu-like symptoms such as chills, fatigue and headaches, more so after the second dose. But that’s just the immune system doing its thing.

How it’s stored: These mRNA vaccines are finicky, and must be stored at subzero temperatures (minus 94 degrees Fahrenheit) in freezers.

Availability: The phase three trial was completed in winter 2020, and the vaccine is now being distributed to the public through emergency use authorization.

Takeaway: This was the first vaccine that was approved and rolled out in United States, and the Biden administration has already purchased 100 million more doses. “At least a third of the U.S. population, roughly, will receive the dose of the Pfizer vaccine, and so definitely it will be a major contributor to curbing the epidemic here,” Ogbuagu said. 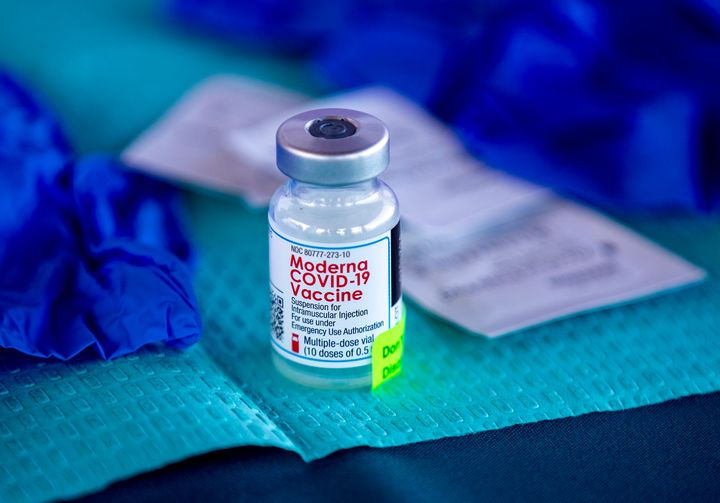 How it works: Like Pfizer, Moderna’s vaccine uses mRNA technology.

How well it works on COVID-19 mutations: The vaccine is thought to be less effective against the variant dominating in South Africa, but a lab study shows the shot can still effectively neutralize the virus and provide protection. We’ll need more data to better understand that, though.

How easily it can be tweaked to target new variants: Same quick process as Pfizer. Moderna has already kicked off development and testing of a booster shot specifically targeting the variant discovered in South Africa.

Side effects: Again, similar to Pfizer. Most people will feel pain and soreness in the arm where they get the shot. Up to half of people are expected to experience flu-like symptoms such as chills, fatigue and headaches, more so after the second dose.

How it’s stored: These must be carefully stored at subzero temperatures (minus 4 degrees Fahrenheit) in freezers.

Availability: The phase three trial was completed in winter 2020, and the vaccine is now being distributed to the public through emergency use authorization.

Takeaway: The Biden administration also secured an additional 100 million doses from Moderna, so this shot will likely protect another third of the U.S. population. This puts it “on par” with the Pfizer vaccine, Ogbuagu said. 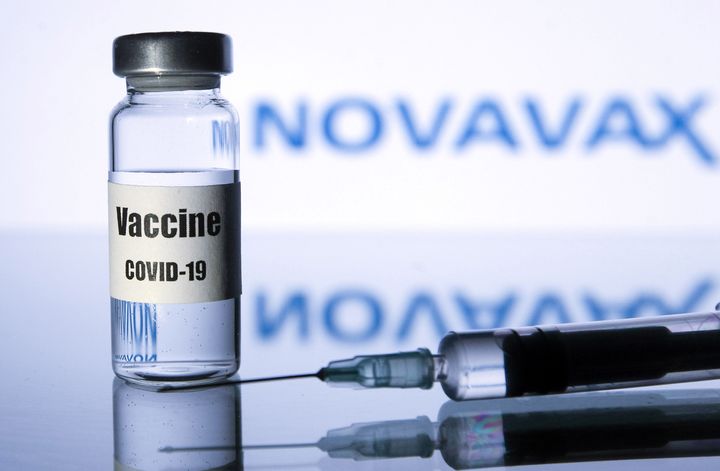 How it works: Novavax’s shot is a protein subunit vaccine. It contains a small, harmless, synthetically produced piece of the coronavirus that trains the immune system how to recognize and dismantle the virus. It does not contain the actual live virus.

How easily it can be tweaked to target new variants: Easily, according to experts. The Novavax team is already developing a booster dose targeting the variant found in South Africa and hopes to test it out in a few months.

Side effects: Mild pain and tenderness where the shot is given. Some people may experience fatigue, headaches or muscle aches.

How it’s stored: Basic refrigeration, which is plus. This makes it easier to distribute from a logistical standpoint.

Availability: The phase three trial concludes in a few weeks, but it may take a couple months before the data is finalized and submitted to the Food and Drug Administration for approval. Novavax expects to be vaccinating people by May or June.

Takeaway: “It will be a welcome addition to the arsenal of vaccines,” Ogbuagu said. It’s a little less efficacious compared to the mRNA vaccines, but then again, this shot was up against new variants, Ogbuagu said. Others were tested in trials before those became more dominant strains. 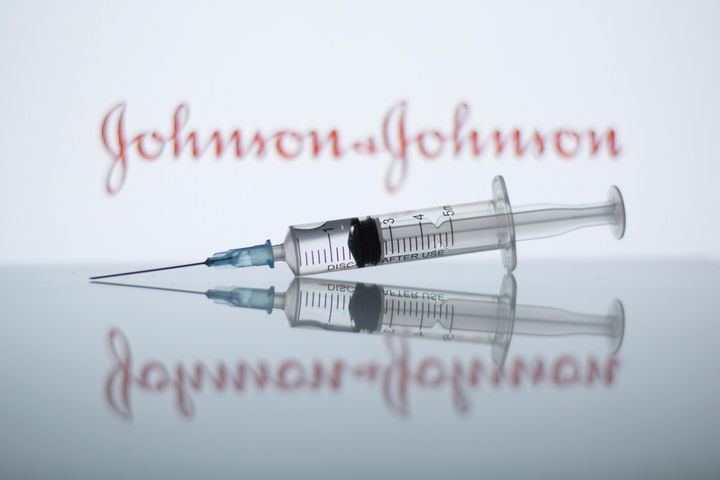 How it works: This type of shot, called a viral vector shot, uses an adenovirus (the type of virus that causes the common cold) to teach our bodies how to identify and fight the coronavirus. It does not cause you to get COVID-19.

How well it works on COVID-19 mutations: Well, but overall efficacy does seem to drop with variants. The vaccine was 72% effective in U.S. trials, 66% in Latin American trials involving the variant that’s dominating Brazil and 57% in South Africa, where the B.1.351 variant has taken hold. Even so, it still provides protection against hospitalization and death.

How easily it can be tweaked to target new variants: Changing viral vector vaccines isn’t *quite* as simple as modifying mRNA vaccines, but it’s still a fairly easy process without a super long timeline, according to experts.

Side effects: A small percentage of people (9%) reported having a fever. Others experienced the typical symptoms: fatigue, headaches, muscle pain and injection site pain.

Availability: J&J plans to submit the rest of its safety and efficacy data to the FDA early this month. From there, the FDA will review the data, and if it grants emergency use authorization, people may begin receiving it later this month.

Takeaway: This one-shot dose could be a game changer for vaccine access and distribution. “That’s one of the wonderful things about it, that it can get to remote and rural areas. Also, this means it can be given in doctors’ offices without having to worry about all the storage [requirements],” said Daniel Fagbuyi, an emergency physician who served as a biodefense expert in the Obama administration. 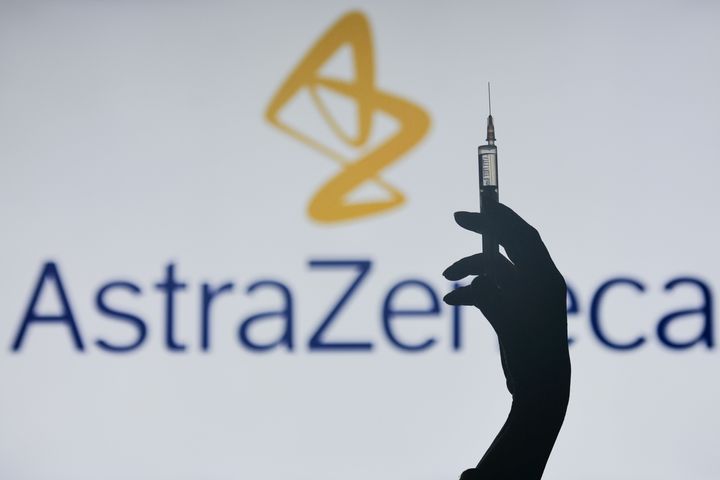 How it works: Also adenovirus-based, the AstraZeneca vaccine works like the Johnson & Johnson shot.

Dosage: Two doses. In studies, the doses were given between four to 12 weeks apart.

How well it works on COVID-19 mutations: It appears to work just as well on the variant detected in the U.K., but data is still being collected on how effectively it protects against the variant identified in South Africa.

How easily it can be tweaked to target new variants: Similar to Johnson & Johnson — slower than an mRNA, but still speedy.

Side effects: Pain and tenderness at the injection site. Fatigue, headaches, muscle aches, chills and fever have also been reported.

Availability: The phase three trial was completed in fall 2020, and the vaccine is now being distributed in the European Union through emergency authorization use. It’s still being trialed in the U.S. and may not be approved for authorization from the FDA until the spring.

Takeaway: The inexpensive cost of this vaccine along with its basic storage needs give AstraZeneca a big advantage. It’ll be easier for more health care providers to have the necessary supplies and get the vaccine out into the population, Fagbuyi said.

Which vaccine should you get?

Experts say it doesn’t really matter (and you likely won’t have a choice in most cases). Any vaccine you get should do a pretty great job at protecting you against severe illness, along with hospitalization and death.

From an individual standpoint, a slight dip in efficacy might not make a big difference, but from a population standpoint, it can translate to a lot more people who remain susceptible to getting sick and spreading it to others, Ogbuagu said.

All of these vaccines working together will help us achieve herd immunity. We really need 65% to 85% of the population to have protection against the virus, Ogbuagu said. And that end goal becomes a lot more realistic when we’ve got a mix of highly efficacious vaccines.