by Eric Berger: I can, and have, watched those videos for hours… 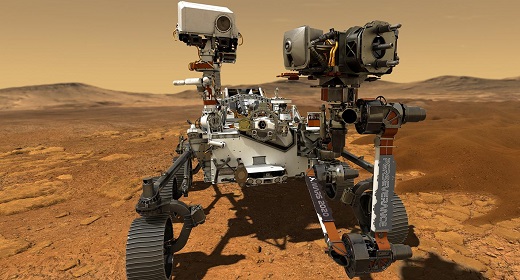 Never before, in all of our millions of years, have humans directly observed a spacecraft landing on another planet. Until now.

On Monday, NASA released a video (embedded below) that included several viewpoints from the descent of Mars Perseverance to the surface of the red planet last week. A camera on the back shell captured a view of the parachute deploying, and cameras on the descent stage and rover itself captured the final seconds of the landing.

“I can, and have, watched those videos for hours,” said NASA’s Al Chen, the lead for the entry, descent, and landing for Perseverance. “I find new stuff every time. I invite you to do so as well.”

The first part of the video showcases the densely packed parachute, released by a mortar firing, being shot out at a velocity of 100mph. It reaches full extension, at 150 feet above the spacecraft, within a single second. It then inflates in 0.7 seconds. There is no evidence of tangling in the lines, a minor miracle with two miles of lines in the parachute system. It’s the first time scientists have closely observed a parachute deploying in the thin Martian atmosphere. “We’ll be studying this video for many, many years,” Chen said during a news conference.

Then, lower in the atmosphere, the view switches to show the heat shield falling away from the rover. White flecks appear, likely frost. One of eight springs that connect the heat shield to the rover is loose. The heat shield disappears, making a smooth descent to the surface.

Capturing this visceral footage was not mission critical, but it was a bonus. The space agency used ruggedized, off-the-shelf hardware to take this imagery. All told, about 30GB of data was captured during the descent, totaling 23,000 images. Now that NASA has this information, it will be used to sharpen knowledge about future entry, descent, and landing technology on Mars and other worlds in the Solar System.

One landing issue brought into sharp focus in the new footage is the dust kicked up by the descent stage as it nears the surface of Mars and drops off the lander. It entirely shrouds Perseverance in a thick cloud. This will be an important issue as NASA contemplates landing larger spacecraft, and eventually human missions, on the red planet. 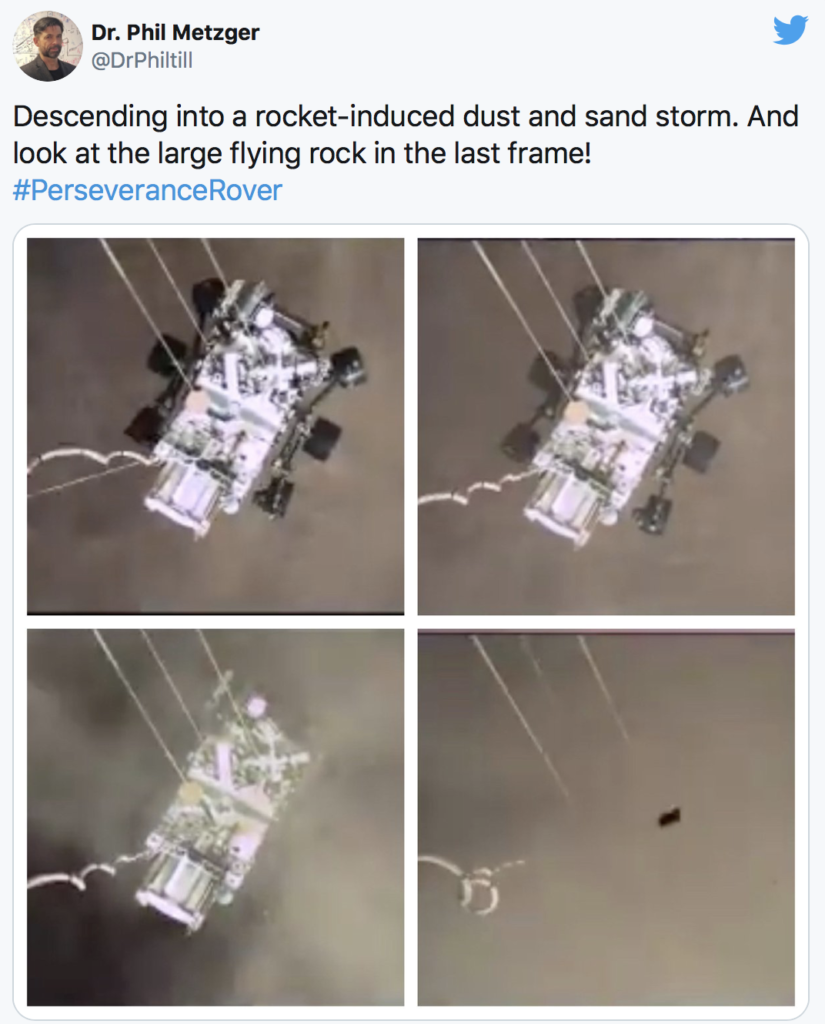 “As far as I know, there are no landing pads or barges on Mars,” Chen said. “This is a big challenge for us going forward, with heavier and heavier vehicles and bigger and bigger engines, and that’s why collecting this information is so important.”

The visual data will help scientists and engineers calibrate their models for dust, as they have precise information on the thrust of the engines and how they were pointing when near the surface of Mars.

There were more than just visual treats released on Monday during the Perseverance news conference. For the first time, a rover recorded audio and transmitted it back to Earth, capturing what sounded like a wind gust. “Who is going to compose the first piece of music with actual Mars sound?” asked Thomas Zurbuchen, NASA’s chief of science. Who, indeed.