The Lesson Of Texas

by Todd Olinsky-Paul: A new program states can use to quickly fund the distributed energy storage solution… 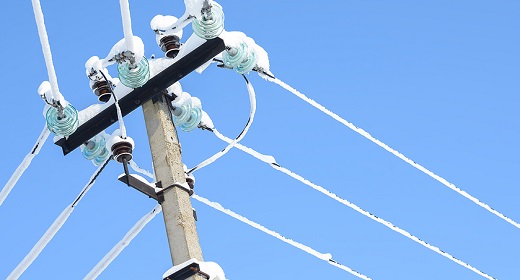 If we learn anything from the Texas blackouts, and the death and suffering that have resulted, it should be this: distributed resilient solar+storage systems are no longer a luxury – they are an essential tool to protect citizens from power outages, and modernize the grid so outages become less frequent and severe.

The thing is, we should have learned this lesson a long time ago. The wildfire blackouts in California should have taught us. Or the wholesale wrecking of the electric grid by Hurricane Maria in Puerto Rico. Or recurring widespread storm-related outages up and down the East Coast, from New Orleans to New Jersey.

Sadly, it seems that each state and region has to learn this lesson separately, the hard way. Sometimes it takes repeated outages, with their associated death and suffering, before the lesson sinks in.

The good news is that a few states and utilities in the Northeast have figured out a way to scale up deployment of behind-the-meter batteries fast, in a way that can make storage accessible even in low-income communities. That’s important because, despite dramatic reductions in battery prices, cost is still a major barrier. The new financing model, called ConnectedSolutions in Massachusetts (where it was first developed with technical support from the Clean Energy Group (CEG)), allows states to offer significant energy storage incentives without establishing new programs or new budgets; and it improves the financeability of battery systems, making it easier to offer these systems in underserved communities.

The program works like this: First, the state incorporates battery storage into its energy efficiency program, making batteries eligible for efficiency incentives. States can do this because while batteries do not reduce net consumption of electricity, they are very useful for reducing peak demand, which increases efficiencies across the grid (and saves ratepayers money).

Once batteries are part of the efficiency program, the program administrators — usually utilities — market them to their customers (or let third-party developers and aggregators do the marketing). Customers can buy a battery using low- or no-cost financing (and sometimes a rebate), install it in their home or business, and then sign a contract with the utility that allows the utility to dispatch the battery during times of regional peak demand, when electricity is very costly. This saves money for the utility, which then pays the customer for the service. With appropriate financing in place, this pay-for-performance model can scale up distributed storage deployment very quickly, creating instant “virtual power plants” that utilities can draw on when demand is highest.

This saves money for ratepayers, while it also helps keep the grid stable. If the grid ever does go down, the battery customers can “island,” using their battery to supply themselves with electricity until the grid is back up and running.

In addition to grid support, it turns out that paying customers for grid services has a lot of other benefits. For one thing, it significantly improves the economics of battery systems. CEG has just published a report showing how ConnectedSolutions improves battery economics for multifamily affordable housing facilities by about 30 percent, on average, in Massachusetts.

But more than that, the ConnectedSolutions program model offers numerous social and policy benefits that should make it attractive to policymakers, utilities and customers alike. A second new report from CEG shows how this simple innovation in battery funding can:

Most importantly, the ConnectedSolutions model can be adopted by any state that has an energy efficiency program — and most states do. Across the country, more than $6 billion per year is budgeted in state electric efficiency programs. Historically, this money has incentivized basic home and commercial improvements such as weatherstripping, high-efficiency boilers, and lighting upgrades. Now, with the simple inclusion of batteries, these state efficiency budgets can begin to address the bigger picture — how to provide benefits to all ratepayers by bringing down expensive and polluting demand peaks, integrating renewables onto the grid, increasing resiliency and preventing blackouts.

With a new administration in Washington, we should start to see more federal support for state clean energy programs, including for energy storage (our new report addresses that, too). But federal administrations come and go, and the reality is that grid failures can be addressed most directly by state regulators and policymakers. When it comes to protecting citizens’ access to electric power, assuring grid reliability and advancing clean energy policy, states are in the driver’s seat.

That’s why state energy regulators and policymakers need to take a close look at the ConnectedSolutions program, which has already spread from Massachusetts to Rhode Island, Connecticut and New Hampshire. A few states may have the deep pockets needed to put millions of dollars into energy storage rebates, like California and New York; but the reality is that most states don’t have the resources to create new, large-scale programs. That’s why letting storage technologies access existing energy efficiency funds is so important — both for getting storage scaled up fast, and for making it available to all the people — not just the wealthiest early adopters.