The Second-Generation COVID Vaccines Are Coming

by Zoe Cormier: After Pfizer and Moderna, a slew of other candidates could fill gaps in efficacy, production or distribution… 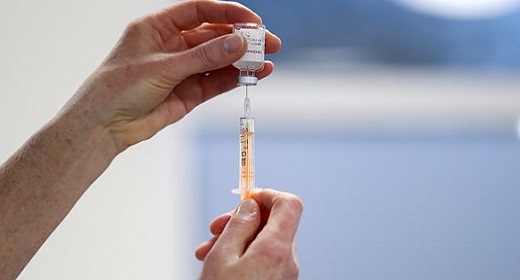 Six months ago, as the northern hemisphere was still battling the coronavirus pandemic’s first wave, all eyes turned to the COVID-19 vaccines in late-stage clinical trials. Now, a year after the pandemic first erupted, three COVID vaccines have been given emergency authorization by either the U.S. or U.K., as well as other countries. Two of the vaccines, developed by Pfizer and BioNTech and Moderna, respectively, both employ a novel genetic technology known as mRNA. And the third is a more conventional vaccine developed by the University of Oxford and AstraZeneca that uses a chimpanzee virus to deliver DNA for a component of SARS-CoV-2, the virus that causes COVID. (Russia, China and India have rolled out their own vaccines, but with the exception of a few countries, they have not been widely authorized elsewhere.)

But impressive as they are, these vaccines alone will likely not be sufficient to end the pandemic, experts say. Luckily, there are hundreds of other COVID vaccines under development—including many with new mechanisms of action—that could prove to be effective and cheaper and easier to distribute.

“I believe that this virus is going to change and that the vaccines we have approved right now are just not going to be as effective as we think they are,” says Danny Altmann, an immunologist at Imperial College London. SARS-CoV-2 has already evolved several new variants—including the ones first identified in the U.K. and South Africa, which are more transmissible (though not—for now, at least—more deadly).

Gregory Poland, a vaccinologist at the Mayo Clinic, agrees it is far too early to think we have this virus beat. He points out that no vaccine for a coronavirus has ever been deployed in a public vaccination program. And mRNA vaccines such as Pfizer’s and Moderna’s—touted by many as the future of vaccinology—have never previously been brought to market. “We don’t know what we don’t know. We have no idea what surprises we might find in a virus that we’ve only been aware of for a year,” says Poland, who co-authored an extensive review of COVID-19 vaccine candidates in the Lancet last October. “And the history of vaccinology—in which I’ve been involved for four decades—is amply littered with things we thought we knew.”

What happens if somebody is vaccinated but contracts COVID anyway? Would they suffer an even worse case of illness, a phenomenon known as antibody-dependent enhancement? Or in a less dramatic scenario, what if the vaccines prevent immunized individuals from falling ill but do not prevent them from infecting others? The latter could actually worsen the pandemic if vaccinated individuals think they are safe and become asymptomatic carriers. Moreover, people worldwide display a wide range of natural immunity to the virus, so there may be a similar diversity in vaccine responses. “There are lots of booby traps that could lie in wait,” Poland says.

Furthermore, the vaccines from Moderna and Pfizer have logistical issues that prevent them from being easily deployed globally. Pfizer’s vaccine needs to be stored at –70 degrees Celsius—colder than Antarctica’s average temperatures—in freezers that cost many thousands of dollars. Moderna’s can be stored at –15 degrees C, but because of freezer requirements, it still has little chance of reaching rural corners of India or Africa or poor, densely packed neighborhoods in South America. As long as vaccines are fragile, expensive and difficult to distribute, the pandemic will continue.

But by far the most important issue, Altmann says, is “durability”: how long people remain immune after vaccination. If a vaccine confers immunity for only a few months rather than many years, little progress will have been made in six months. By then we could be faced with more virulent forms of the disease swirling around the globe.

The good news, however, is that “second generation” vaccines are being developed by researchers, many of whom are working with novel techniques. “We have an embarrassment of riches,” Altmann says. “One thing that certainly hasn’t been appreciated by most people is that, on the back burner, the field of vaccinology has been steaming ahead over the past 15 years, developing a range of incredibly snazzy strategies.”

There are nearly 240 novel vaccine candidates in development, waiting in the wings for their moment. Here are a few that show the most potential.

Similar to the approved mRNA vaccines, this one inserts genetic material from the virus directly into human cells, spurring the body to manufacture the famed “spike” protein that covers the surface of SARS-CoV-2. And like mRNA vaccines, Imperial College London’s design only delivers the genetic material, not the actual virus, so it is unlikely to exacerbate illness if people are infected following vaccination. The twist with this vaccine is that it has been modified to turn the body’s own cells into factories that continually churn out spike proteins on their own—meaning a booster shot will not be necessary. Moreover, such “self-amplifying” RNA can reportedly be made in huge volumes for little cost. “I feel very excited about the way [this approach] may turn out to be like Pfizer’s and Moderna’s vaccines but even better,” says Altmann, who was not directly involved in developing this vaccine.

Researchers at the Maryland-based start-up Novavax have focused on delivering the actual spike protein itself (rather than a whole virus or genetic material). They created the vaccine by engineering moth cells to churn out spike proteins in bioreactors at low cost. Furthermore, this vaccine can be kept at two to eight degrees C—normal refrigeration temperature—making it far more practical to distribute. The trick with this approach is the addition of an “adjuvant”—an additive that “soups up” the immune system’s response—made from saponin, a compound derived from the bark of the Chilean soapbark tree. “Engineered protein technology has been tested and proved in the past—it just takes a little more time to produce than RNA,” explains Gregory Glenn, president of research and development at Novavax.

Like Novavax, University of Washington researchers have chosen to deliver proteins from SARS-CoV-2 as their weapon of choice. But instead of injecting the entire spike protein, they have homed in on the virus’s “Achilles’ heel”: the receptor binding domain (RBD), the portion of the spike protein that directly fuses with human cells. Neil King, a biochemist at the university’s Institute for Protein Design, has created a vaccine delivered by spherical “nanoparticles” shaped like soccer balls. Synthetically manufactured RBD proteins are affixed to the nanoparticles in regular arrays. This design makes the vaccine capable of eliciting antibody responses at least 10 times higher than those that use the whole, natural spike protein, King says. “We aren’t just taking existing proteins and tweaking them a little bit—we are making completely new ones to do exactly what we want,” he notes. The vaccine is currently being tested in early-stage, or phase I, trials with human volunteers. If successful, it could reach the public later this year.

OTHER VACCINES IN THE PIPELINE

These are just a few of the vaccine candidates in development. Others that could help slow the pandemic, including the vaccine developed by Sinovac Biotech in China, utilize more conventional designs, such as an inactivated virus (a technique used to help conquer polio and still used in many influenza vaccines). It remains to be seen how well all of these approaches may work. But with so many efforts underway, there is good reason to hope that the end of this pandemic nightmare is in sight.

And when it does end, scientists will have many tools ready-made for when the next pandemic hits.