17th Century Ethiopian Manuscript: The Miracles Of The Archangel Michael

by (Public Domain Review): A selection of folios from an illuminated manuscript of 17th century Ethiopia, produced during the cultural boom… 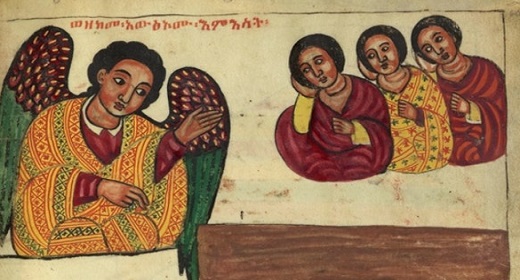 especially in painting, brought about by the establishment of a permanent court at Gondar by the Solomonic emperor Fasilädäs (who reigned 1632-67). The nearly 50 full-page illuminations of this particular manuscript tell the story of the Archangel Michael who, under the patronage of Emperor Zär’a Ya’eqob, had became the most venerated of all archangels in Ethiopia. He is depicted undertaking a vast host of miracles and heroic feats including saving the faithful from the burning flames of hell, healing the sick and treading on Satan. The illustrations can also teach us about the Ethiopia of the time. According to The Walters Art Museum, “the minutely rendered textiles in these pictures suggest a connection with the fashions of the Gondarine court and indicate that the painters depicted their scriptural subjects using a visual language rooted in contemporary culture.” 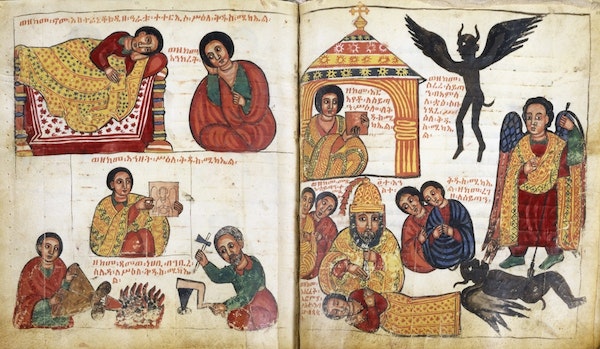 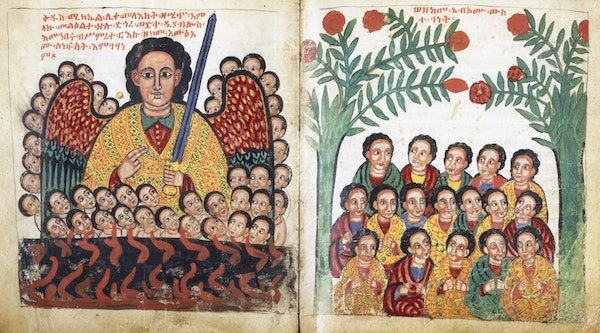 Left – St. Michael rescues the faithful from the flames of Hell. Right – The Faithful Rescued by Saint Michael in Paradise. 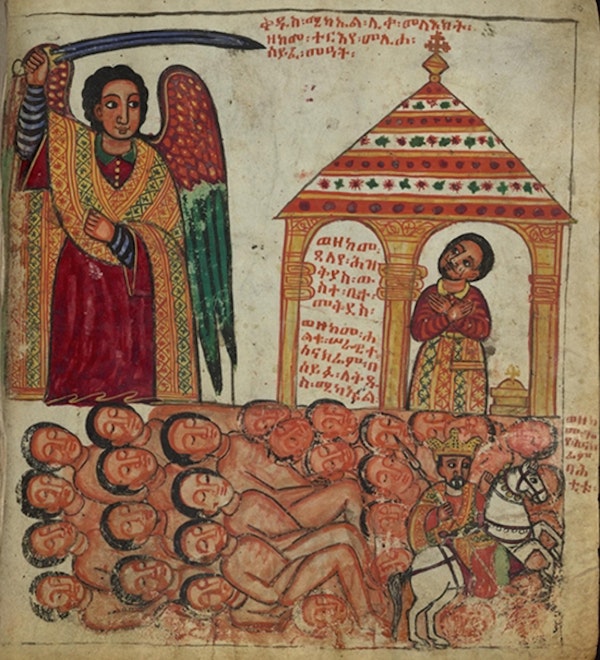 The Archangel helping Hezekiah of Judah defeat Sennacherib of Assyria. 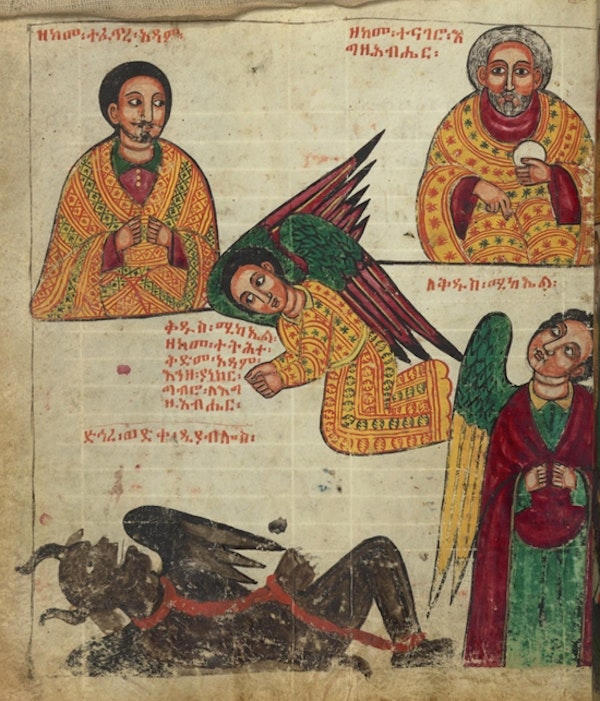 The Archangel paying tribute to Adam. 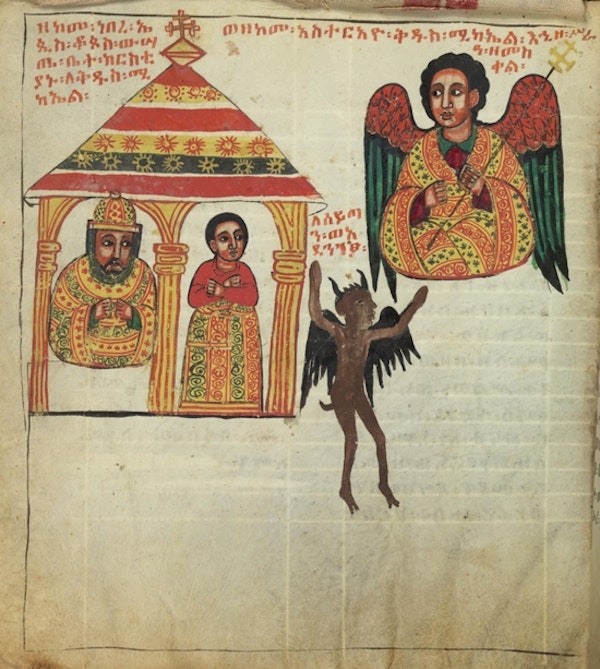 The Archangel casting an evil spirit from his church. 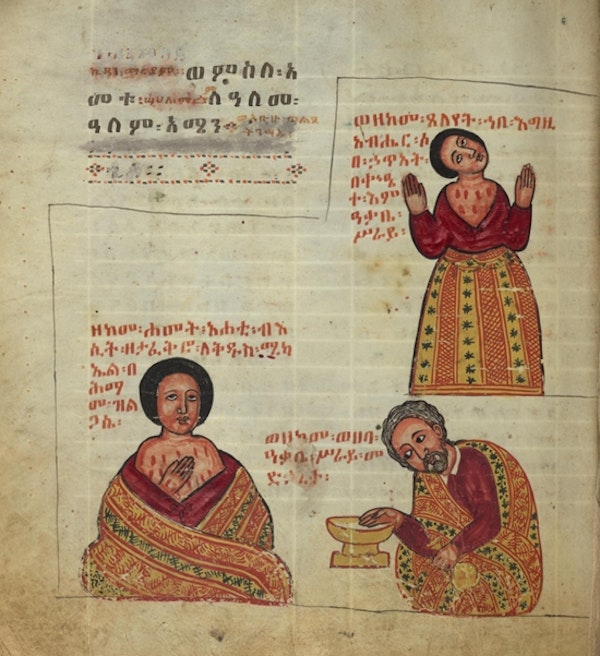 The Archangel healing a sick woman. 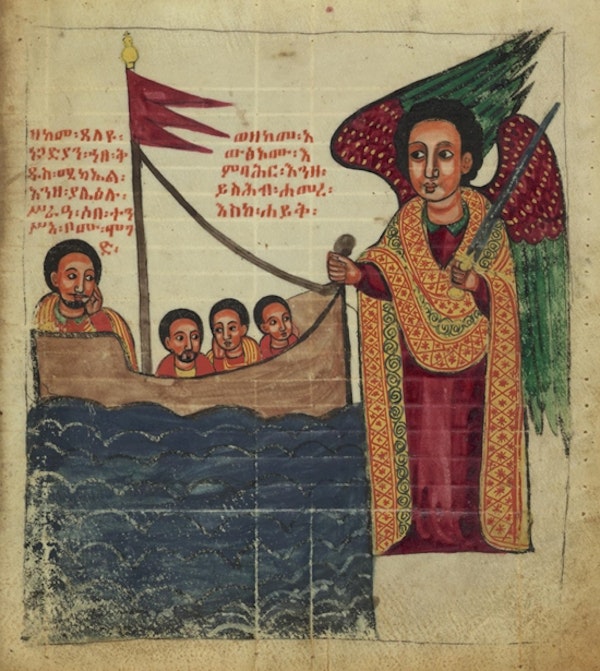 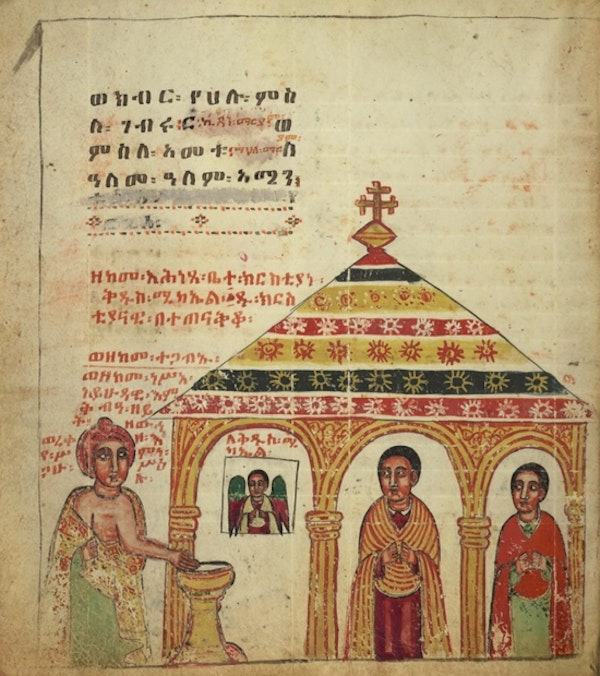 The Archangel healing a Jew. 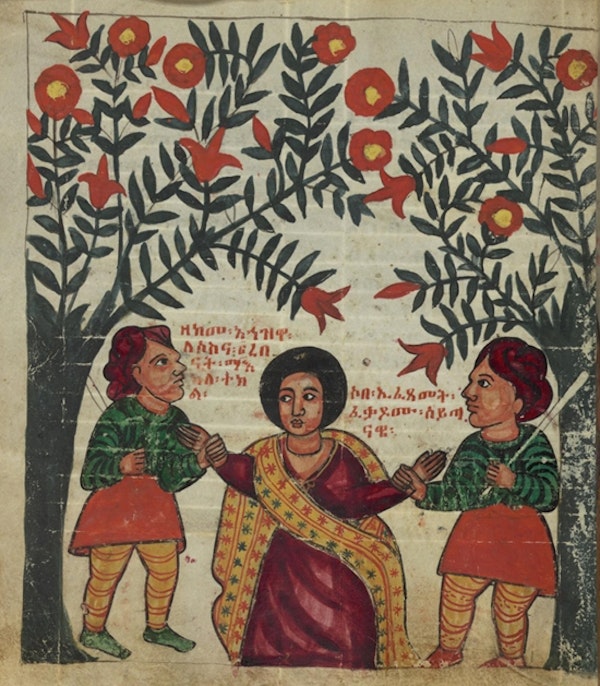 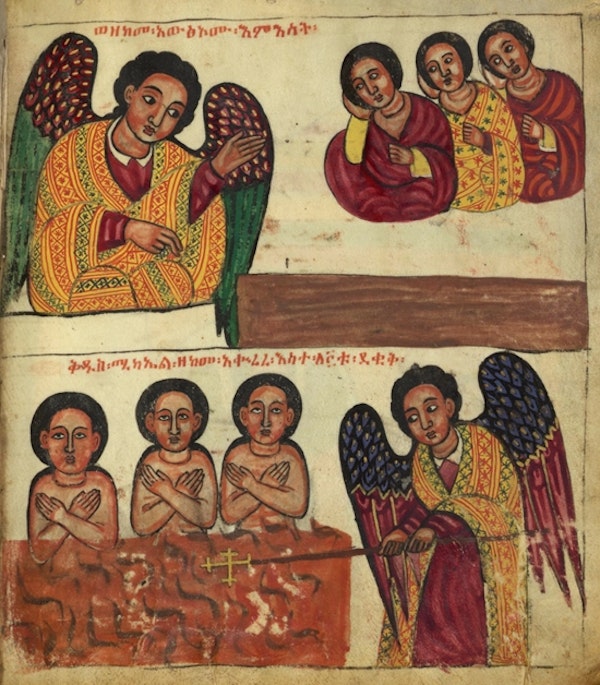 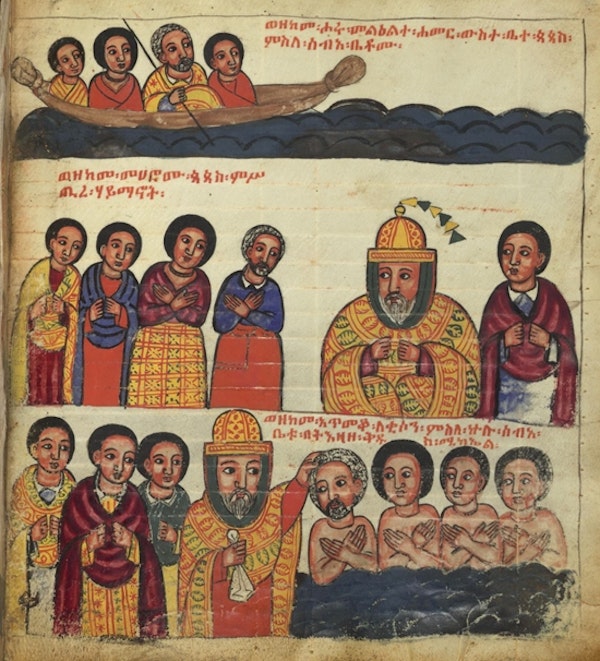 The story of Qison continues. 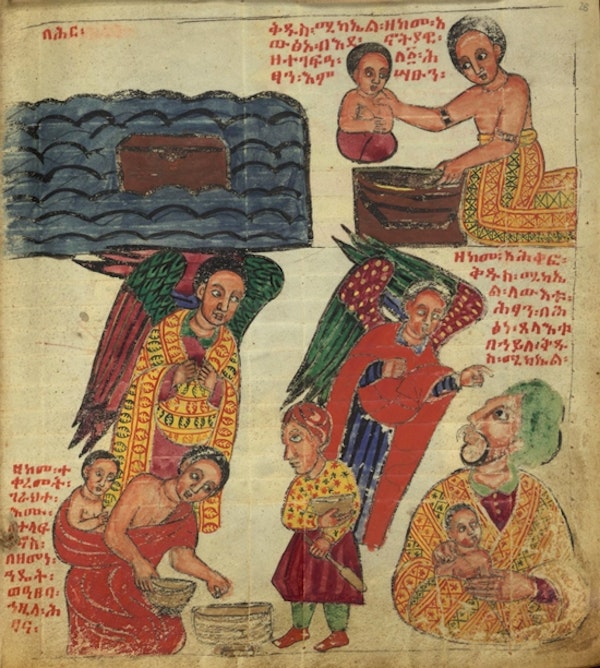 The Archangel rescuing the child from drowning.