A Quite Possibly Wonderful Summer

by James Hamblin: The summer of 2021 is shaping up to be historic… 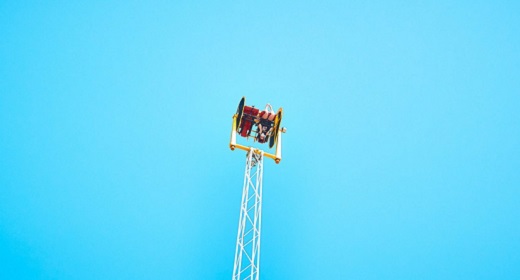 After months of soaring deaths and infections, COVID-19 cases across the United States are declining even more sharply than experts anticipated. This is expected to continue, and rates of serious illness and death will plummet even faster than cases, as high-risk populations are vaccinated. Even academics who have spent the pandemic delivering ominous warnings have shifted their tone to cautiously optimistic now that vaccination rates are exploding.

Until very recently, Anthony Fauci had been citing August as the month by which the U.S. could vaccinate 70 to 80 percent of the population and reach herd immunity. Last week, he suddenly threw out May or early June as a window for when most Americans could have access to vaccines. Despite some concerns about new coronavirus variants, Ashish Jha, the dean of the Brown University School of Public Health, told me that he doesn’t see viral mutation as a reason to expect that most people couldn’t be well protected within that time frame.

If all of this holds true, it would mean that many aspects of pre-pandemic life will return even before summer is upon us. Because case numbers guide local policies, much of the country could soon have reason to lift many or even most restrictions on distancing, gathering, and masking. Pre-pandemic norms could return to schools, churches, and restaurants. Sports, theater, and cultural events could resume. People could travel and dance indoors and hug grandparents, their own or others’. In most of the U.S., the summer could feel … “normal.”

The feeling could even go beyond that. The pain wrought by the virus has differed enormously by location, race, and class, but a global pandemic still may be as close as the world can come to a shared tragedy. Periods of intense hardship are sometimes followed by unique moments of collective catharsis or awakening. The 1918 influenza that left the planet short of some 50 million people—several times as many as had just been killed in a gruesome war—gave way to the Roaring ’20s, when Americans danced and flouted Prohibition, hearing the notes that weren’t being played. For some, the summer of 2021 might conjure that of 1967, when barefoot people swayed languidly in the grass, united by an appreciation for the tenuousness of life. Pre-pandemic complaints about a crowded subway car or a mediocre sandwich could be replaced by the awe of simply riding a bus or sitting in a diner. People might go out of their way to talk with strangers, merely to gaze upon the long-forbidden, exposed mouth of a speaking human.

In short, the summer could feel revelatory. The dramatic change in the trajectory and tenor of the news could give a sense that the pandemic is over. The energy of the moment could be an opportunity—or Americans could be dancing in the eye of a hurricane.

The life expectancy in the United States is now a year shorter than before COVID-19. No other country has endured so much death and illness. But for all the failures that led to this point, the U.S. does finally seem to be experiencing some protective effects of population-level immunity. Recent research from Columbia University estimates that the U.S. is already much closer to Fauci’s stated threshold of 70 to 80 percent than our case numbers suggest. Owing to minimal and patchwork testing efforts, lead researcher Jeff Shaman told me, the actual number of infections in the U.S. has likely been about five times higher than reported. This would mean that about one in three Americans has already been infected by SARS-CoV-2. This does not alter the goal of vaccinating as many people as possible, but it does mean that while vaccines are rolling out, transmission rates should fall much more rapidly than if the population were all totally susceptible to the virus.

In some parts of the United States that have been hit extremely hard by the virus, the numbers give a sense that—if vaccination continues apace—the worst is behind us in those areas. In North and South Dakota, where leaders have been reluctant to require preventive measures, the per capita death rate is about 34 percent higher than the national average, and 13 percent of the population has had a confirmed case. “That probably means that 60 or 65 percent of the population has been infected there,” Shaman said. “That could mean they’re creeping up on herd immunity.” Indeed, North Dakotans have seen relatively few cases this winter, even while most of the U.S. saw a horrific surge. The state’s mask mandate expired a month ago. For the past six days, the state has reported zero COVID-19 deaths.

The warming weather and longer days should also decrease transmission. In much of the world, summers have proved safer than winters during the pandemic, “apparently by virtue of how much time people spend outdoors, and how likely they are to keep windows open and have fresh air circulating,” says Saad Omer, a vaccinologist and the director of the Yale Institute for Global Health. Light and heat can kill the virus directly, but their main effect seems to be making the world more hospitable for us simply to go outside, be social, move our bodies, and improve our baseline levels of health.

Although most experts are hesitant to make concrete predictions about exactly when the U.S. can consider its outbreak over, personal plans can be revealing. Jha has famously been hoping to have a July 4 barbecue in his backyard, including 20 people. By August, he told me, he hopes to travel with his family. The pandemic expert and former assistant secretary of homeland security Juliette Kayyem told me much the same last month: “I have plans to travel abroad in August. I feel like the world will start to move well before then.”

Where exactly that world is going, however, is far from certain. A beautiful, COVID-free summer may be a vision of hope, and possibly a reality for many, but optimistic projections about the coming months in the U.S. can mean losing sight of a far more unsettling global picture. As things get better, the world could fall into the same patterns that got us to the point of nearly half a million American deaths. “I’m feeling generally optimistic for the U.S. this summer,” Omer says. “But I’m also having nightmares.”

Under no circumstances is the coronavirus simply going to disappear this summer. Cases will drop, and restrictions will lift in many places. But rather than an abrupt end to the pandemic, the coming months will be more like the beginning of an extended and still-volatile tail of the outbreak globally. What that will look like, and how long it will last, depends on how nations cooperate and coordinate—or fail to. Regardless of how quickly the immediate threat of viral illness subsides in the U.S., America’s choices in the coming weeks and months could mean the difference between a pandemic that ends this year and one that haunts everyone indefinitely.

Though Shaman’s projections about herd immunity may sound hopeful, the fact that the U.S. was able to identify such a small fraction of our cases is evidence of profound, persistent failures in detection, communication, and prevention. Rapid testing will be key to containing local outbreaks, especially next fall and winter. This infrastructure is not yet in place, nor do many Americans have easy access to high-quality masks. We also have a far-from-impeccable record of accepting lifesaving vaccines when they are on offer. Even assuming that almost everyone gets their shots as soon as possible, the Columbia researchers estimate that in the U.S. alone, roughly 29 million additional cases could occur between now and July, depending on how Americans decide to act and which restrictions states choose to lift. “We should really be redoubling our efforts to control the virus,” Shaman said.

Variant strains that increase the transmissibility of the virus could also throw these estimates off, Shaman noted. As the virus mutates, the reliability of immunity from prior infections also changes. The recent outbreak in Manaus, Brazil, suggested that even high levels of past infection didn’t necessarily protect a population for long. Fundamentally, we still do not know how herd immunity will work—if it even does. “The most important thing to remind ourselves of is that herd immunity is only relevant to consider if we have a vaccine that blocks transmission,” says Shweta Bansal, a biologist at Georgetown University. If it turns out that vaccinated people can still carry and spread the virus, then a group cannot assume that they are protected because people around them are vaccinated. It would mean that the finish line is not 70 percent, but 100.

In the absence of a mythically perfect vaccine, the value of each dose depends almost entirely on how that dose is deployed. The situation in North Dakota, for example, stands in stark contrast to Vermont, where only 2 percent of the population has had a documented infection. In a place with low levels of immunity, each dose of the vaccine is more valuable than it would be elsewhere—more likely to save a life or prevent a chronic disease. The Trump administration’s approach to vaccination, since inherited by Joe Biden, was to leave it up to states to handle distribution individually, rather than allocate based on where the vaccines could have the biggest impact. Such an approach leaves pockets of the country open to surges in death and disease, despite national averages falling. As Bansal put it, even assuming that the vaccines do make herd immunity possible, the path will not be a straight line so much as “playing a game of whack-a-mole with COVID outbreaks.”

If the differences in vulnerability are significant between towns, counties, and states, the global disparities are chasms. Vietnam, for example, is a country of 97 million people that has had fewer than 1,600 cases of COVID-19 and 35 deaths. They have done an exemplary job of controlling the virus, and presumably have very low levels of immunity. Nonetheless, the current scheme of vaccine production—wherein every country is on its own to produce or procure vaccines from private companies selling them at a profit—leads to redundancies at every level, from innovation to distribution, and severe misallocation when comparing one population with another. The coming months could see, for instance, vaccines going to healthy 20-year-olds in North Dakota before much older, chronically ill people in places such as Vietnam. Americans might have to wonder whether we’ll need to wait until April or May to get shots, but many low-income countries may not have widespread access until 2022, or possibly even 2023, notes Ruth Faden, a bioethics professor at Johns Hopkins University.