Why The French Don’t Show Excitement

by Emily Monaco: Not only is ‘Je suis excité’ not the appropriate way to convey excitement in French, but there seems to be no real way to express it at all… 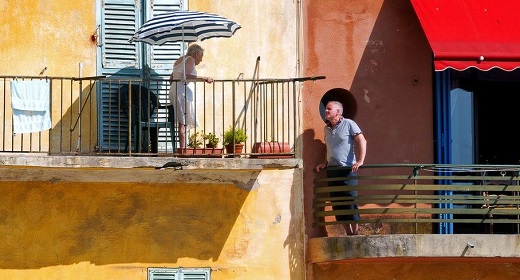 When I was 19 years old, after five years of back-and-forth trips that grew longer each time, I finally relocated officially from the United States to France. Already armed with a fairly good grasp of the language, I was convinced that I would soon assimilate into French culture.

Of course, I was wrong. There’s nothing like cultural nuance to remind you who you are at your core: my Americanness became all the more perceptible the longer I remained in France, and perhaps no more so than the day a French teacher told me his theory on the key distinction between those from my native and adopted lands. 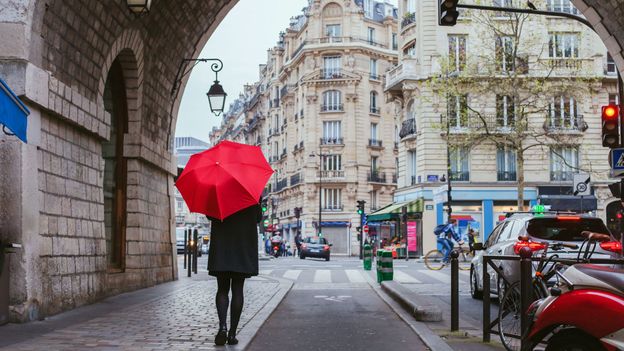 Writer Emily Monaco was told that the key difference between Americans and the French is that the French ‘live in the être’ (Credit: Anna Berkut/Alamy)

The moment he said it, it made perfect sense. I thought back to my life in New York, where every moment was devoted to checking tasks off a perpetual to-do list or planning for the days, weeks and years to come. In France, however, people were perfectly contented to just be.

During two-hour lunch breaks, they sat at sidewalk cafes and watched the world pass them by. Small talk was made up not of what they did for a living, but where they had recently been on holiday. Women working at the post office chatted lazily with one another as the queue ticked slowly forward, enjoying the company of their co-workers while I impatiently waited to buy stamps so that I could fulfil my self-assigned obligation of sending postcards home.

I wanted very badly to blend in and live in the être, but it was harder than it looked. It seemed that no matter what I did, I exposed myself as an American. I smiled too much. I spoke too loudly. And I got excited way too often. 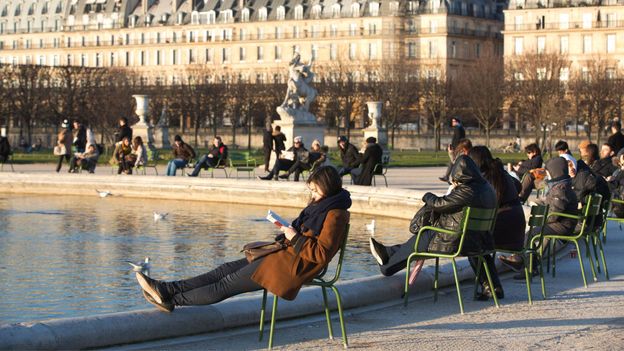 In France, people are perfectly content just to be (Credit: Jeff Gilbert/Alamy)

I knew before moving that the French word ‘excité’ was verboten. It is one of the first ‘false friends’ that a student of the language becomes aware of. Most French learners can recall the day that a classmate first uttered the phrase ‘Je suis excité’ (which literally translates as ‘I am excited’) only to have their teacher hem and haw uncomfortably before explaining that the word excité doesn’t signal emotional but rather physical excitement. A better translation of the phrase Je suis excité into English would be ‘I am aroused’.

French doesn’t have the excited/aroused lexical pair that English does, so one word does both jobs. Excité technically denotes excitement both “objective (a state of stimulation) and subjective (feelings),” according to Olivier Frayssé, professor of American Civilization at Paris-Sorbonne University, but the physical sensation is the one most often implied. “If ‘aroused’ existed, it would be unnecessary to interpret ‘excité’ this way,” he explained.

Anglophones, meanwhile, blessed with both words, are free to use ‘excited’ as we please – which we (particularly Americans) do with reckless abandon. We’re excited for our weekend plans, for the summer holiday, to get home after a long day of work and relax in front of our favourite Netflix show. But English speakers who live in France have no way to express this sentiment in the language of our adopted country. As opposed to other false friends – like ‘Je suis pleine’, which means not ‘I’m full’, as its literal translation suggests, but ‘I’m pregnant’, forcing Francophones to use phrases like ‘J’ai assez mangé’ (‘I’ve eaten enough’) or ‘je suis repu’ (‘I am sated’) – not only is ‘Je suis excité’ not the appropriate way to convey excitement, but there seems to be no real way to express it at all.

“I usually say ‘Je suis heureuse’ [‘I’m happy’] or ‘J’ai hâte de’ [‘I’m looking forward to’],” one bilingual friend said. Neither quite captures the intensity of excitement, but it seems these are the best substitutes that French has to offer.

“I think it’s safe to say I express excitement often and outwardly,” said bilingual Australian Dr Gemma King, who teaches French language and cinema at the Australian National University in Canberra, noting that when she speaks French, it is another story entirely. “My students and I often joke that our cooler, calmer, more reticent sides come out when we’re speaking French,” she said. 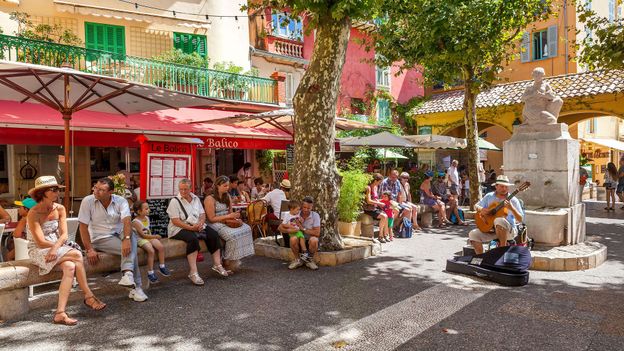 Not only is ‘Je suis excité’ not the appropriate way to convey excitement in France, but there seems to be no real way to express it at all (Credit: Rostislav Glinsky/Alamy)

This is not, then, a mere question of translation, but rather a question of culture. Like other untranslatable terms like Japan’s shinrin-yoku (the relaxation gained from being around nature) or dadirri (deep, reflective listening) in Australia’s Aboriginal Ngangikurungkurr language, it seems as though the average French person doesn’t need to express excitement on the day to day.

For Julie Barlow, Canadian co-author of The Story of French and The Bonjour Effect, this is largely due to the implied enthusiasm in the word ‘excited’, something that’s not sought after in French culture. She notes that Francophone Canadians, culturally North American rather than French, find work-arounds such as ‘Ça m’enthousiasme’ (‘It enthuses me’).

“[The French] don’t appreciate in conversation a kind of positive, sunny exuberance that’s really typical of Americans and that we really value,” Barlow explained. “Verbally, ‘I’m so excited’ is sort of a smile in words. French people prefer to come across as kind of negative, by reflex.

“If you’re too happy in French, we’re kind of wondering what’s wrong with you,” he said. “But in English, that’s not true.” 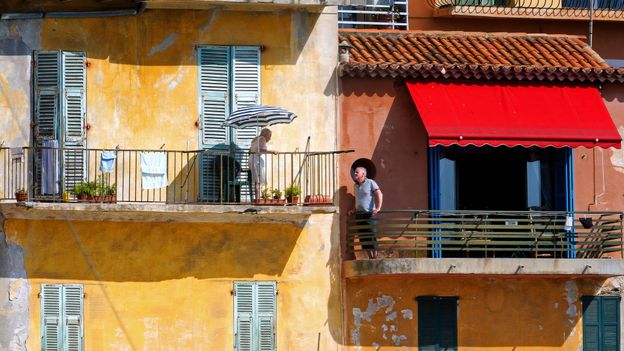 For some, however, it’s not necessarily negativity that the French seek, but reserve.

“I think there is something cultural about the greater level of reservation French people tend to show in everyday conversation,” Dr King said. “From my perspective, it doesn’t mean they show less enthusiasm, but perhaps less of an emotional investment in things they are enthusiastic about.”

Indeed, those who are unable to show the proper emotional detachment within French society can even be perceived as being somehow deranged, something that is exemplified by the pejorative labelling of former President Nicolas Sarkozy as ‘l’excité’, due to the zeal he shows in public appearances. 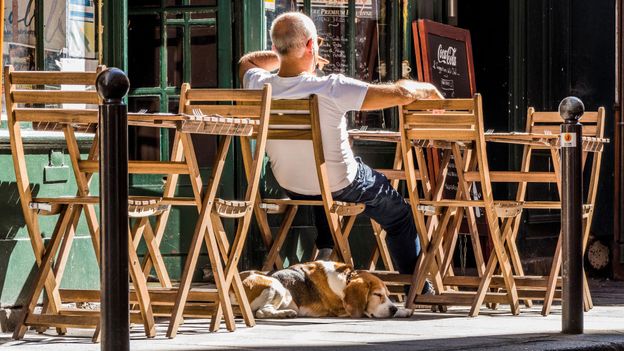 The average French person does not need to express excitement on a day-to-day basis (Credit: Shaun A Daley/Alamy)

American Matt Jenner lived in France for several years and is bilingual. For him, it is not necessarily a matter of the French not being able to express their excitement, but rather that English speakers – and Americans in particular – tend to go overboard. The American public, he says, has been trained “to have a fake, almost cartoonish view on life, in which superficial excitement and false happiness are the norm.” By comparison, he notes, in France, “excitement is typically shown only when it is truly meant.”

Authenticity has been important to the French since the Revolution, according to Brice Couturier at France Culture. “The Ancien Régime, indeed, had cultivated a culture of the court and of salons, based on the art of appearances and pleasing,” he said. “This culture implied a great mastery of the behavioural codes of the time, as well as an ability to conceal one’s true emotions.”

Excitement is typically shown only when it is truly meant

In reaction, Couturier continued, the French revolutionaries fought back against these masks and this hypocrisy – something that the French maintain today by expressing their emotions as truthfully as possible to avoid appearing inauthentic.

This tendency was something that irked me when I first noticed it: French friends saying that a dish they tried in a restaurant was just ‘fine’, or shrugging nonchalantly when I asked if they were looking forward to their holiday. Their attitude struck me as unnecessarily negative. But on our first joint visit to the US, my husband opened my eyes to the somewhat forced hyperbole of American excitement. After our server cheerfully greeted us at a restaurant, he asked if she was a friend of mine; he could think of no other reason why her welcome would be so enthusiastic.

“I used to judge Americans because I thought they were always too ecstatic, always having disproportionate reactions,” he told me years later, though now, he added, “I feel like I have two worlds in my head, one in French and one in English. I feel like the English world is a lot more fun than the French one.” 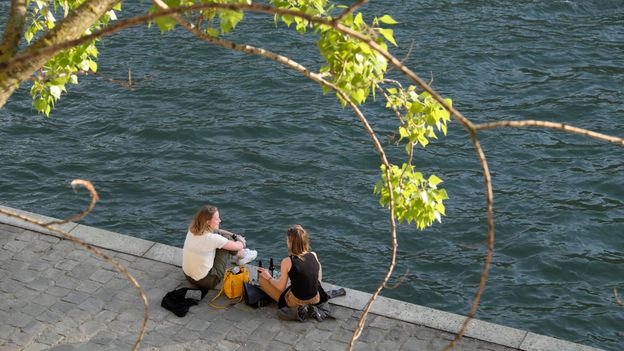 The French express their emotions as truthfully as possible to avoid appearing inauthentic (Credit: Kathy deWitt/Alamy)

After 11 years of living in France, my innate desire to say “Je suis excitée” has faded. But I still fixate on the idea that the French live in the être.

When we were first dating, my husband used to watch me buzzing around like a busy bee, making plans for the future. He, meanwhile, was able to find not excitement, but contentment, in nearly everything. His frequent motto, whether we were drinking rosé in the sunshine or just sitting in a park, was: “on est bien, là” – we are good, here.

Excitement, after all, has a forward-thinking connotation, a necessary suggestion of the future. Ubiquitous in Anglophone culture, where we are often thinking about imminent or far-off plans, about goals and dreams, this is far less present among French people who, on the contrary, tend to live more in the moment. It’s not necessarily that they don’t think of the future but that they don’t fixate on the future. They consider it, cerebrally, but their emotions are in the present. 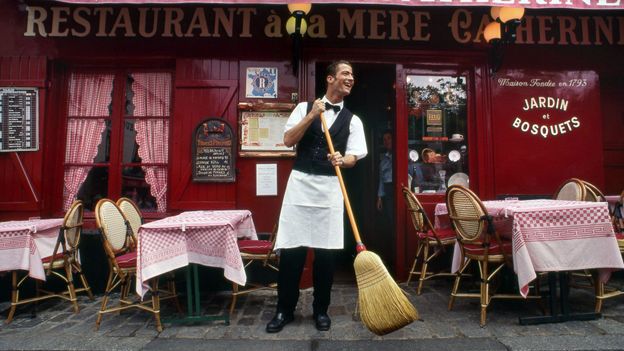 While English speakers often fixate on the future, French people tend to live more in the moment (Credit: Ian Shaw/Alamy)

“Life in France places you happily in the present tense,” Paris-based author Matthew Fraser told The Local, “unlike in Anglo-Protestant countries where everything is driving madly towards the future.”

Life in France places you happily in the present tense

The excitement that drives Anglophones to action, motivating us and driving us to look ahead is not nearly as present in France. But joie de vivre and contentment in simple pleasures certainly are. And when one is living in the moment, there’s no need to think about – or get excited about – what’s next.