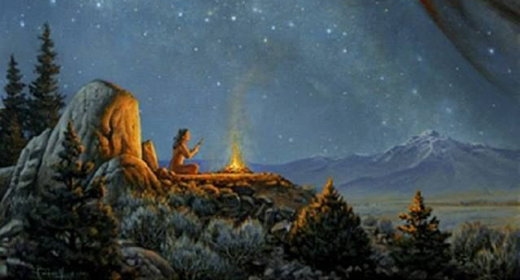 Have you ever been confronted with a major life decision and had no idea what to do?  Perhaps it was a business decision, or whether or not to be in a relationship with a particular person.  If you’re like most people, you probably tried collecting all the information you could, but it didn’t help much.  In the end, you were forced to make an “intuitive decision.”  It can be scary to make a big decision without feeling assured you made the right choice.  For thousands of years, people from all over the world have faced this dilemma at some point in their life. Fortunately, there is a time-tested way that’s been proven effective for making important and difficult decisions.  It’s called a “Vision Quest.”    A Vision Quest is basically a pilgrimage to a deep place within yourself that knows what’s best for you to do.  The rational mind is not particularly helpful in making many of our biggest decisions. After you’ve collected all the rational, linear information that’s available, what’s most needed is a method for contacting one’s intuition (or if you prefer—one’s Higher Self, Higher Power, etc.). 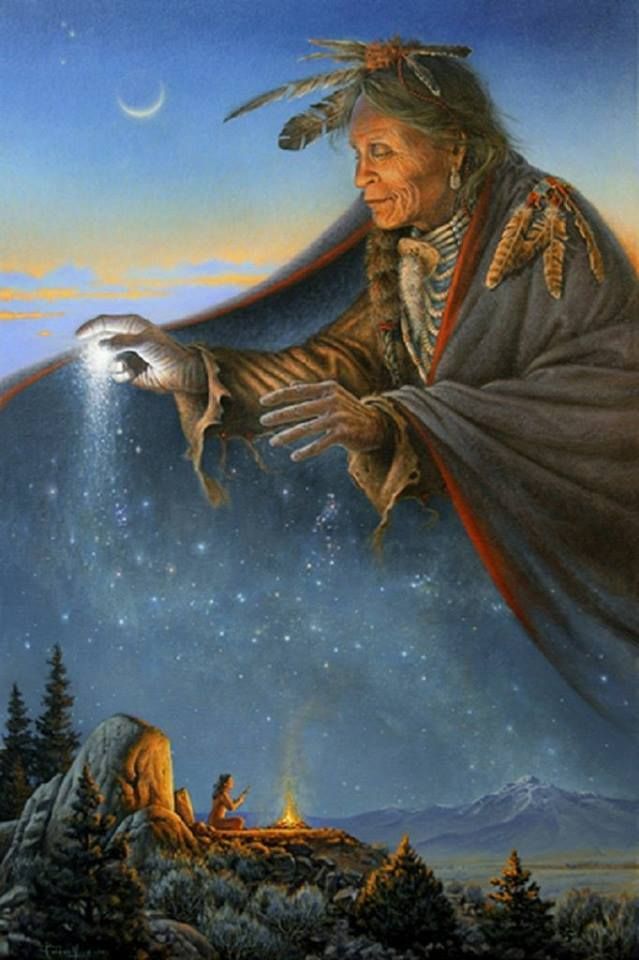 Rather than think of intuition as something that springs from nowhere, I think it’s helpful to view it as something that’s deep inside, waiting to be uncovered.  Imagine a glass of water with a lot of dirt in it, and a clear diamond resting on the bottom.  Because the water is dirty, the diamond can’t be seen.  Yet, once the dirt settles to the bottom of the glass, the diamond becomes obvious.  In a similar way, once our rational, busy minds settle down and become quiet, the wisdom of our Higher Self can be easily ascertained.  Yet, a Vision Quest involves more than just quieting one’s mind.  It also includes focussing on a particular issue or question with laser-like concentration.  By combining a quiet mind with an intense focus on a specific issue, a Vision Quest can lead to important changes in one’s life.

I stumbled upon the usefulness of a Vision Quest by having to face what seemed like an impossible decision.  I had been in a relationship with a woman for almost three years, and we were in love.  She wanted to get married and have kids, but I wasn’t sure if that was the right thing for me to do.   I knew that if I didn’t soon ask her to marry me, she would want to break up.  Confused and anxious, I decided to go to a favorite national park to get clear on what was best for me to do.  I vowed I would stay and camp out at this place until I had received some “sign” regarding the right decision for me to make.  As I drove several hours to the park, my mind became quieter.  Throughout the day, I kept praying for clear guidance about whether or not to marry this woman.  When I awoke the next morning, the answer was clear to me.  Somehow, I knew I wasn’t supposed to marry her.

Although I felt like I had uncovered true intuitive guidance, after a period of time my rational mind kicked in and began doubting what I had received.  Therefore, I asked for some sort of external sign to further indicate what I was being guided to do.  Within an hour, a fellow camper walked up to me and began talking about how he wished he had never married his wife!  That settled it.  I now felt totally secure in knowing the proper course of action.   The purpose of my Vision Quest had been accomplished.  Although ending our relationship was difficult, it was made easier by the feeling that I had made the right decision.  About a year later, I met a wonderful woman and we’ve now been a happy couple for over seven years.

I think there are four keys to receiving the answer you are looking for during a Vision Quest.  First and foremost is the level of sincerity you have in asking for clarity.  If you are committed to getting the guidance you seek, it will eventually make itself known to you.  Second, to better receive an answer, you need to go through a process that quiets your mind.   Depending on the person, this may involve hours of meditation or prayer, spending time in a favorite nature spot, or any other ritual that helps to calm the rational mind. Third, during the time of the Vision Quest, it helps to frequently ask for clear guidance as to what you need to know or do.  And lastly, it helps to have faith in this process.  People have relied on this method for thousands of years.  You can relax and trust that, given enough time, the guidance you seek will become clear to you.

Occasionally, people receive guidance, but later come to doubt the answer they received.  When I realized I wasn’t to marry, I first felt completely at peace with this information, but I subsequently doubted it.  Therefore, I asked for an external sign to “validate” my intuitive guidance. Although external signs can take longer to receive than simple intuitive guidance, they can be a valuable tool of last resort.  Sometimes I have, in effect told God, “What I feel I’m being guided to do is (whatever message I received intuitively).  If you want me to do something else, you need to indicate that to me with a clear sign by tomorrow, or I’ll proceed with what I picked up intuitively.”  If no clear sign shows up by the next day, I feel assured that I made the right decision.  By using the Vision Quest experience when faced with important choices, you can feel confident about making the best possible decision for positively effecting your life.