by Emma Taggart: Whether you’re a John Lennon or a Paul McCartney fan, The Beatles wouldn’t have been the same without the four famous members… 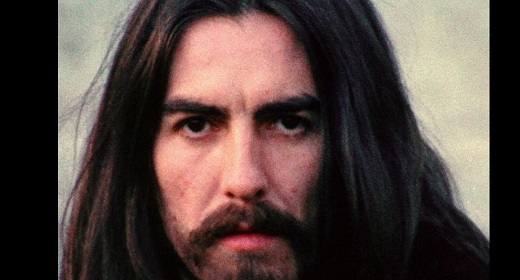 Each musician contributed their own unique sound and talent to the rock and roll band, together creating countless top hits during the 1960s and ’70s that are still popular today. Each member had instruments they preferred to play, but all of them loved to sing. Lennon, McCartney, George Harrison, and Ringo Starr are all credited as lead singers of the band having each recorded vocals for various tracks.

For their song titled “Something,” Harrison and McCartney recorded particularly beautiful harmonies. A recently released recording reveals how their voices sound isolated—without the instrumental track. You can hear Harrison belt out the song’s famous lyrics, “Something in the way she moves” with rich clarity. Then, McCartney complements Harrison in various parts of the tune by singing with him in harmony. Both Beatles sound particularly powerful in their raw form; you can really hear the emotion in their voices.

Frank Sinatra once described “Something” as “the greatest love song of the past 50 years.” Many believe Harrison wrote the track for his wife at the time, Pattie Boyd. However, others think it’s a love song about the Hindu god Krishna. In an interview with Rolling Stone in 1976, Harrison revealed his approach to writing music about love, stating, “All love is part of a universal love. When you love a woman, it’s the God in her that you see.”

Listen to the isolated vocals of George Harrison and Paul McCartney in The Beatles hit song, “Something.”

Here’s how all individual parts of the track sound.

And here’s the finished song: