What Is Conscious Evolution

by Barbara Marx Hubbard: Conscious evolution is the evolution of evolution, from unconscious to conscious choice… 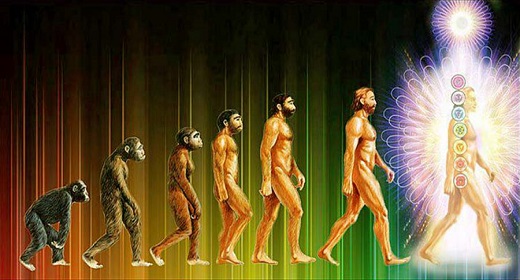 While consciousness has been evolving for billions of years, conscious evolution is new. It is part of the trajectory of human evolution, the canvas of choice before us now as we recognize that we have come to possess the powers that we used to attribute to the gods.

We are poised in this critical moment, facing decisions that must be made consciously if we are to avoid destroying the world as we know it, if we are instead to cocreate a future of immeasurable possibilities. Our conscious evolution is an invitation to ourselves, to open to that positive future, to see ourselves as one planet, and to learn to use our powers wisely and ethically for the enhancement of all life on Earth.

Conscious evolution can also be seen as an awakening of a ‘memory’ that resides in the synthesis of human knowing, from spiritual to social to scientific. Indeed, all of our efforts to discover the inherent design of life itself can be seen as the process of one intelligence, striving to know itself through our many eyes, and to set the stage for a future of immense cocreativity.

This awakening has gained momentum as 3 new understandings (the 3 C’s) have arisen:
Cosmogenesis: This is the recent discovery that the universe has been and is now evolving. As Brian Swimme puts it, “time is experienced as an evolutionary sequence of irreversible transformations,” rather than as ever-renewing cycles.

Our New Crises: We are faced with a complex set of crises, most especially environmental. We are participating in a global system that is far from equilibrium, conditions that are known to favor a macroshift. This kind of dramatic repatterning can be a sudden shift toward devolution and chaos, or it can be an evolution toward a higher more complex order. At this moment in evolution the outcome depends on our choices, and time is running out. We must change, or suffer dire consequences. Our crises are acting as evolutionary drivers pressuring us to innovate and transform.

Our New Capacities: The advent of radical evolutionary technologies such as biotechnology, nanotechnology, quantum computing, space exploration, etc., offer us the possibility of profound change in the physical world. At the same time that we are facing the possible destruction of our life support systems, we can also see that the tools are there to transform ourselves, our bodies and our world. We can and are actually moving beyond the creature human condition toward a new species, a universal humanity, capable of coevolving with nature.