by Shayla Love: Memory researchers say these months will eventually become a blur for those of us isolating at home… 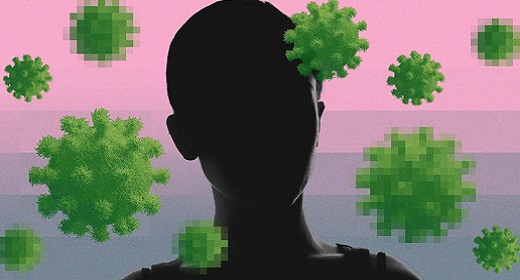 A day off when the local school was bombed. Being so bored that waiting for fruit to fall off a gingko tree becomes a source of entertainment. Dead bodies in the street. A pilot, presumed dead, walking into a crowded restaurant to greet his astounded partner and friends.

These are all memories from people who lived through capital-B Big historical events: World War II, the Vietnam War, the Cultural Revolution in China; the scenes and experiences that stuck in their minds decades later.

As we experience a global pandemic, it’s odd to realize that we’re currently living through a new Big historical event. We’ll be telling our children about it, documenting it in history textbooks, and swapping our shared experiences for years to come.

Moments of each day feel unforgettable, because of how strange or tragic they are: the death count updates, the 7 pm applause for healthcare workers, watching press conferences with governors and infectious disease experts, grocery store lines around the block, and working from home day after day (for some of us) as the streets of the busiest cities in the world stand still and empty.

But what exactly will we remember years from now? The unnerving truth is that we may not remember much, because we never do—that’s not the way memory works. We don’t remember each minute, or each day or week. We forget people, places, moods, and events.

In 1890, psychologist William James wrote that emotional events have such a huge effect on our minds they “almost leave a scar upon the cerebral tissues.” But for many of us—especially those isolating at home—memory researchers say it’s more likely it will become a blur.

Some of us will have the luxury of saying, with a little strain: “Remember when…?”

Those on the frontlines, like healthcare workers, will remember it differently. They’ll witness the toll on human life firsthand and emotions like grief, fear, and anxiety will heighten their memories. They may end up haunted, the way people with post-traumatic stress disorder (PTSD) are. For people facing other extreme stresses— whose loved ones get sick and die alone, who are jobless and frightened by the economic downturn— traumatic memories might continue to surge to the surface (though not necessarily accurately).

For those whose lives remain unscathed, who have the privilege of waiting out the weeks without much daily variety, this stretched out “historical event” isn’t conducive to creating sharp, defined memories. Despite having conscious awareness of each moment now, a lot of it will slip away. Recognizing that most of what’s happening will eventually be buried in the recesses of our brains might serve as a small comfort that at some point in the future, some of us will be free from this time period. Some of us will have the luxury of saying, with a little strain: “Remember when…?”

yrus Faryar lived in London during the Blitz bombings of World War II. The 84-year-old remembered that as a child, they were all given gas masks to go to school. He often heard the air raid sirens going off, and it would be followed by the sound of explosions throughout the city. One day, “we were all delighted to discover that our school had been bombed. So, we had the day off,” he said.

He witnessed “dogfights”: American or British planes shooting with German planes above the city. Faryar has a clear visual memory of one plane being struck, and a pilot floating down, suspended by a parachute. “If the people around us who were watching determined it was a British plane, there was a terrible concern,” he said. “But if it was a German plane that had been destroyed, there would be public applause. People in the streets would cheer. That’s a memory.”

Powerful emotions—both happy and sad— influence whether we remember something or not. This means each individual has specific and unique emotional instances that stand out. For the current pandemic, it might be the first person you knew personally to get COVID-19,or a death in your family or social circle. Yet just because you end up remembering something rarely means it’s 100 percent accurate. We know that people often have wrong or incomplete memories, even from once-in-a-lifetime events.

In 1986, psychologists Ulric Neisser and Nicole Harsch asked students about the Challenger explosion the day after it happened—what they were doing and who they were with. Just over two years later, they asked them the same questions. The students, even those who were extremely confident in their answers, didn’t score very well. “The average student scored less than three on a scale of seven,” Maria Konnikova wrote in the New Yorker. “A quarter scored zero.”