After Many Delays, Massachusetts’ Vineyard Wind Is Finally Approved

by John Timmer: The new project will be over 20 times larger than anything built in the US… 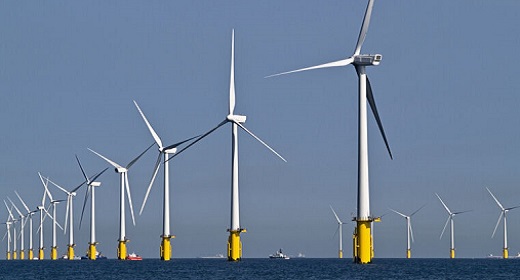 After years of delays, the federal government has approved what will be the third offshore wind project in the US—and the largest by far. Vineyard Wind, situated off the coast of Massachusetts, will have a generating capacity of 800 Megawatts, dwarfing Block Island Wind’s 30 MW and the output from two test turbines installed in Virginia.

Vineyard Wind has been approved a number of times but continued to experience delays during the Trump administration, which was openly hostile to renewable energy. But the Biden administration wrapped up an environmental review shortly before announcing a major push to accelerate offshore wind development.

The final hurdle, passed late Monday, was getting the Bureau of Ocean Energy Management to issue an approval for Vineyard Wind’s construction and operating plan. With that complete, the Departments of Commerce and Interior announced what they term the “final federal approval” to install 84 offshore turbines. Vineyard Wind will still have to submit paperwork showing that its construction and operation will be consistent with the approved plan; assuming that the operators can manage that, construction can begin.

Vineyard Wind was controversial from the start, as it’s located less than 15 miles from two islands, Martha’s Vineyard and Nantucket, notable for their expensive vacation homes. But offshore wind will need to play a critical role in US plans to decarbonize electricity production. The densely populated states along the Eastern Seaboard often don’t have good renewable resources, and the shallow continental shelf offshore provides an excellent site for wind turbines.

The approval delays have essentially meant that the US outsourced research and development on offshore wind to Europe, where experience building and operating giant wind farms—some substantially larger than Vineyard Wind—has helped drop the cost of this source of electricity considerably. European companies are now poised to take advantage of the opening US wind market, with several planning to help the Biden administration reach its goal of having 30 GW of capacity installed offshore by 2030.

The many delays faced by Vineyard Wind will hopefully provide lessons that will help ease the approval of future offshore projects. Thanks to the developments in Europe, there is now extensive construction and operational experience with projects of this scale. What’s currently lacking is the infrastructure to build turbines, blades, and support hardware, get them on ships, and support their operations. Vineyard Wind’s construction will help drive the development of this infrastructure, easing the way for future projects.