by innuva : Many say that public schooling is failing. The evidence offered depends upon the critic’s viewpoint. 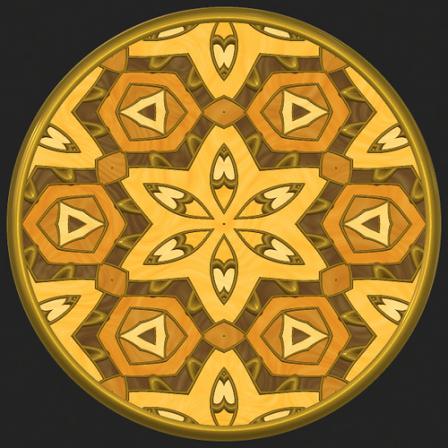 Policymakers, politicians and the private education industry point to the inability of schools to meet federal mandates. Left-leaning reformers complain it is the take over of schools by corporations that defines school failure. Employers complain about job skills. Parents cry about dropout rates. Teachers refer to crumbling infrastructure and diminished finances. Students say the curriculum is boring and irrelevant. On it goes. Schools are failing, but the evidence to substantiate the assertion is that life systems on Earth are at a tipping point. Schools are failing because the standards and curricula stifle even the best teachers, allowing for the harmful influences of corporatism and hegemony to continue the insanity dominating our world today. But growing numbers of teachers are ready to take control of what and how they teach in the classroom. They want practical guidelines that will humanize education without making it human-centered. They want creative ways of understanding the world that can counter the influences of the ruling elite on classroom textbooks. Unfortunately, they have overlooked Indigenous approaches to teaching and learning that kept the world in balance for tens of thousands of years because we have all been taught that nothing of value can be learned from “Indians.”

I think we’re on the brink of disaster on many fronts. I believe
that Native people can help push us back away from
that brink.–N. SCOTT MOMADAY, KIOWA

It was not long ago when the U.S. government used education to prevent the knowledge and values of Indigenous Peoples from threatening more materialistic goals. How federal education policies and common core standards today use education to serve the materialistic interests of the ruling elite is not really all that different. Mainstream classroom teachers are starting to realize that standard curriculum and pedagogy suppress rather than foster democratic ideals, yet are frustrated by the lack of resources and teaching and learning strategies that could complement or neutralize such educational hegemony. Few would think that the traditional approaches to education held in common by most Indigenous cultures prior to conquest might offer a solution.

Although sensitive appreciation and respect must accompany it, Indigenous approaches to teaching and learning have always been available for non-Indian teachers and holistic and nature-based learning strategies naturally duplicate much of the wisdom developed over thousands of years of observation and practice. A more specific, course and standards related presentation of Indigenous strategies, however, is now easily accessible from the text, Teaching Truly: A Curriculum to Indigenize Mainstream Education. Endorsed by such notable educators as Noam Chomsky, John Pilger, Bill Ayers, Henry Giroux and Thom Hartmann as being a matter of human survival, it offers specific curricular ideas for 8 mainstream courses that counter the corporate-influenced material that continues to dumb students down rather than stimulate their abilities to help rebalance the world. Specific classroom strategies, curriculum and exercises for mainstream subjects used for thousands of years can be used to “partner” mainstream curricula with Indigenous perspectives. Bringing such Indigenous wisdom into the classroom can guide learning toward building rich, joyful relationships between diverse humans and between humans and non-humans. Bringing such proven ideas into all subjects, from art and math to social sciences, allows for a collaboration that can effectively counter the pitfalls and insanity of mainstream policies, politics and curriculum in ways that more confrontational critical pedagogy alone has been unable to do.

That our modern civilizations have become insane is true under most definitions, but regaining sanity is not about moving away from the problems. It is about integrating the opposites to bring forth sufficient awareness and balance. There is no question that the Indigenous perspectives stand in stark contrast with the Western ones most readers have embraced. Yet this “partnership” between cultural assumptions about living and learning is essential in this era of crises. Education, especially early education, has been a missing link in the sanity making equation. Students have emerged from K-12 schooling brain-washed in the polarizing assumptions of Eurocentric worldviews. Hegemony is subtly infused into curriculum in ways to maintain the status quo, whether in math or music education, and tends to stifle critical and creative thinking. Consciousness is put to sleep via well-structured hypnotic overtures.  Infusing curriculum with basic Indigenous approaches and worldviews may have a chance to “reform” education from the inside, without having to play the policy-making games or burning textbooks spouting corporate versions of reality.

Will it take courage for the average classroom teacher to Indigenize their teaching methods and curriculum? Sure. Will teachers get fired for doing this? Not likely. But in any case, if we care for the survival of future generations, courage must become a target for educators. Courage and fearlessness, not fear, is the ultimate mandate in most Indigenous cosmologies, with great generosity being the highest expression of courage. They use courage and fearlessness for truth-seeking in ways that require engagement with and reflection on the laws of Nature. Thus, consider this text a handbook that can help instill the courage to:

1. Revitalize Nature-based systems thinking;
2. Encourage an appreciation for diversity and multiple interpretations
of reality;
3. Develop character and emotional intelligence across the curriculum;
4. Stimulate meaningful self-reflection;
5. Question the problem of anthropocentrism;
6. Move away from authoritative status quo paradigms and into experiential-
becoming ones;
7. Embrace the mysterious and recognize the spirit in all;
8. Encourage respect for and survival of all life on this planet;
9. Learn enough about academic subjects to contribute significantly to
the public good.
10. Expose educational hegemony

In addition to the need for teachers to become fearless, they must also shake off the anti-Indian consciousness most will not even be aware of having. Understanding anti-Indianism is a prerequisite for respectfully and authentically indigenizing mainstream curriculum and instruction. It is deeply ingrained in our culture and is likely influencing the thinking of most readers, teachers, administrators, parents and students right now. In spite of a growing intuitive desire to embrace the sacred understandings that are a legacy for us all, most non-Indian teachers will harbor anti-Indian assumptions at least unconsciously and an intentional effort to realize the fallacy, perhaps by studying the facts of history, may be required.

Beyond the problem of unconscious anti-Indianism, habits and fears, once teachers see the common sense strategies and beliefs, no matter how different, intuitive acknowledgement and acceptance is likely. In fact, the idea of an eventual partnership between white and red cultures was prophesized long ago. Ancient Kogi and Hopi myths tell about the selfishly inventive and deceptively articulate Younger (White) Brother, who strays from the spiritual path known to his Elder (Red) Brother. Using any means to get what he wants, White Brother wreaks havoc on our planet’s life systems. If nothing changes, Mother Earth’s purifying upheavals eventually lead to renewal, but the process is devastating for humanity. Since First Nation’s prophesies do not announce facts but rather offer intuited visions of living currents of probabilities, another outcome is possible. In this one, White Brother realizes his errors and commits to relearning how to honor the spirits and walk in balance again. As a result, Nature’s purification process is less catastrophic for human beings. Some related stories foresee collaboration between White Brother’s creative genius and Red Brother’s deep wisdom as a way to accomplish the scenario that restores the health of our life systems before it is too late.

Ultimately, the opportunity to partially indigenize mainstream schooling is about remembering our relationship to and our love for place. It is about letting go of our sense of superiority over and our fear of the natural world so that we can return to a life that deeply respects Mother Earth. We can wait no longer for educators to challenge the hegemony that cuts children off from their natural roots and keeps them away from the sights, sounds, aromas, colors, sensations and the sacred sense of space that ultimately give us the multidimensional capability for harmonious relationships.

This essay is based on the author’s new book, Teaching Truly: A Curriculum to Indigenize Mainstream Education.