The Burden Of Awareness

by Ayesha Ali: When we face suffering, we have the choice to focus on the love we see as much as the pain… 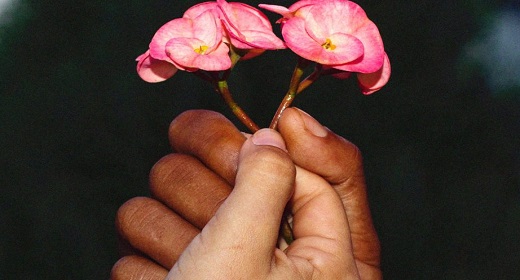 I did not expect this. Yet I carry within me a deep knowing of this country and its history, so I cannot hold surprise.

Instead, I feel the burden of awareness. In Buddhist teachings, this awareness leads to liberation from suffering—it has been that for me as well—and yet it is also a burden because it connects me to the pain of my lineage and my present existence. This awareness allows me the space to reach into my heart, but what I find there is a burning question: Why is our society so certain about Black guilt, so certain that Black people have done something?

Emmett Till did something, Eric Garner did something, Tamir Rice did something, Breonna Taylor did something. It is this presumed something that allows our murder—that Black something. This something invites the questions that destroy clarity. It involves the convenient use of language that emphasizes the “complexity” of an “unfortunate” situation, allowing the inquirer to keep their hands clean and avoid accusations of any ill intent. I was pleased to learn as a student about the term sophistry, which is defined as using language to deceive. When the sole intention of our language is to reduce discomfort, we are deceiving not only other people but ourselves as well. Such words are merely another tool to support willful confusion. Pontius Pilate could relate to that kind of judicial thinking.

Thirty-six percent of people no longer believed that George Floyd was murdered as the trial of his killer approached. After the police officer was convicted of murder, another poll found that 71 percent of respondents agreed with the verdict, while 13 percent thought he was not guilty and 15 percent said they don’t know.

As a little girl, I heard the Bible story of King Solomon, who was called on to settle a dispute between two women who both claimed to be the mother of an infant. Solomon suggests that the baby be cut in half. One of the women agrees with him. I can hear her, “Yes, cut it in half!” Listening to this story as a child, I was so happy that the real mother was revealed. But now I wonder: What do we make of the other woman?

A similar query arises in the Zen story of “Nansen Kills the Cat,” in which the Zen master Nansen (c. 749–c. 835 CE) comes across two monks arguing about a cat. Nansen grabs the cat and says, “You monks! If one of you can say a word, I will spare the cat. If you can’t say anything, I will put it to the sword.” When neither monk is able to answer, Nansen cuts the cat in half. (Later Nansen tells this tale to the Zen master Joshu, who responds by putting his sandals on his head and leaves, an act that Nansen said “would have saved the cat.” The meaning of this perplexing exchange is left for each individual Zen student to ponder.)

I bring the freedom of curiosity to both the woman who would “solve” the problem by cutting the baby in half and to the monks who couldn’t save the cat. I see myself in the woman’s rage and the monks’ silence.

My Buddhist lineage and my ancestry allow me to see in ways that both ground me and astound me. But I often feel frustrated that my lineage, my practice, and my heart will not allow me the delusion of making the false mother a monster. I am unable to “other” her. She is a human being, and as such experiences joy and pain. Still, she is willing to cut the baby in half. And the monks, like the woman, cannot be dismissed as caricatures of Zen practice. Even they, like me, can be frozen in their “knowledge” or choked by the awareness of their ridiculousness.

I am blessed to have the ability to sit on my cushion and walk on trails to engage in finding peace and joy, even as I am living in a country with people who can explain away the killing of my people and other people of color by an institution that they see as their protectors. In this country, the protectors cannot be held culpable. To find them culpable would invite questions that do not support white supremacy. To question white supremacy would mean change, and perhaps a loss of some measure of social and economic supremacy.

There are, of course, political steps that I can support, both at the local, state, and national level, and those measures may cause change at the margins but will not impact the turning away or the willful rejection of what is. So, as always, I return to my practice. I return to the biblical story and bring my focus to the mother who was willing to lose her baby rather than see her killed. I am her, in that I am willing to forego the joy of annihilating the woman who would choose to kill the baby.

Calling upon the lineage of my ancestors—upon their spiritual genius and courage to embrace the practice of love to the best of their ability and circumstances—I, too, choose love. Calling upon the teachings of Jodo Shinshu, teachings that arose as a practice for peasants, I chant and know that all of us deserve the sea of compassion. Calling upon the philosophy of interbeing, I know I am connected even to those who would deny my humanity.

I will focus on breath, on the birds, and on the love and care of my family and community. I will hum, sing, and dance. I will put on my tutus that would make any sensible ballerina proud and go on “tutu walks.” I listen to my ancestors as they tell me, “Trouble don’t last always.” I will stay present to my heartbreak and flexible in my practice, bringing full awareness to joy and a deep awareness of danger.