by Kumar Mehta: Humans are not all equal in every way… 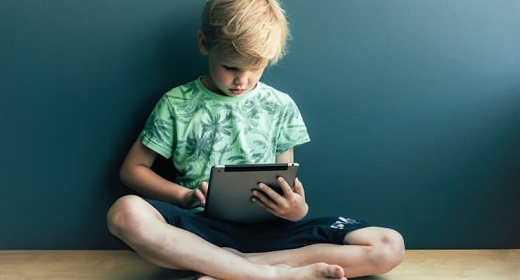 There are a few individuals who have achieved an unparalleled mastery in their field — and they are what I call the exceptionals. Put another way, they are the 1% of the 1% of the world’s most successful people.

Some examples include innovators like Elon Musk and Jeff Bezos, athletes like Michael Jordan and Serena Williams, and musicians like Mozart and Beethoven. Or they may be people you’ve never heard of who invented life-saving drugs or won Nobel Prizes by making fundamental advances in knowledge.

In my five-plus years of studying how to raise exceptional adults, I’ve found that almost all of them, at a young age, developed the skills to maximize the physical, mental and social potential available to them. In most cases, their parents had an enormous impact in creating an environment that allowed them to thrive.

Based on research and studies, here are seven things (yes, some are a little intense) that parents of exceptionally resilient and successful kids always do:

1. They push their kids to play to their strengths

Norwegian chess prodigy Magnus Carlsen showed a unique ability to patiently solve puzzles and advanced Lego structures at a very young age. Carlsen’s father thought these skills would lend themselves well to chess, and consequently introduced him to the game.

Eventually, Carlsen showed so much promise that his parents started bringing him to chess tournaments. They spotted a clear set of related skills in their son and then encouraged him to pick up an activity that played to his strengths.

Every child is born with more advanced skills in some areas over others. Your kid may have spatial strengths, like the ability to think abstractly and in multiple dimensions. Or maybe they’re gifted in math and can analyze problems logically or investigate issues scientifically.

Always be observant of your kid’s natural aptitude, and then help them build upon their innate talents.

2. They demonstrate the link between hard work and extraordinary outcomes

Parents of exceptional kids model this by devoting years of their lives to getting better at their craft — and they make sure that their kids are paying attention.

In a 2020 blog post describing his father’s work ethics, Microsoft co-founder Bill Gates wrote: “He was one of the hardest-working and most respected lawyers in Seattle, as well as a major civic leader in our region. […]. He was judicious and serious about learning.”

Gates’ father taught his kids that they had to work for accolades. So show your kids that hard work does pay off, that nothing is simply “given,” and that shortcuts won’t help them attain their goals.

3. They create a culture of striving and excellence

In 2017, a team of British researchers studied the differences between “elite” and “ultra elite” athletes. (Of course, all NBA players are elite — but then there’s Michael Jordan or LeBron James or Kobe Bryant, whose accomplishments stand out immensely compared to the others.)

The researchers found that the majority of ultra elite athletes came from environments that advocated a culture of striving. They grew up in homes where pursuing excellence and pushing the boundaries were always expected, not merely desired.

Venus and Serena Williams’ unparalleled success on the tennis court, for example, was influenced by a shared environment that was created for them to excel: Their rise to the top started with their father, Richard, who wrote a detailed 78-page plan for his daughters’ ascension to the top of the tennis world.

He set his expectations early; the sisters were not even five years old when he wrote down his process. But it eventually shaped two of the most prolific champions in tennis history.

Helping your kids build confidence makes a huge difference later on in their lives. It encourages them to dream big and prevents them from ever wanting to give up after setbacks.

Even as kids, the most exceptional individuals always believed that outstanding achievements were within their reach, and not reserved solely for the people they saw on TV or read about in the news.

When parents encourage self-confidence (instead of criticizing their kids and putting them down each time they fail at something), their kids are more likely to perform at the highest level and adopt the mindset that they will eventually rise to the top.

This kind of self-assuredness — or unwavering belief that they can be the best — is key to achieving greatness.

5. They are patient when their kids ask questions

Parents of the most accomplished people always make learning new things a priority. And because they teach their kids to embrace curiosity, one thing they take very seriously is answering questions.

I’ve interviewed several Nobel Laureates, and almost all of them recalled that, even much later in life, their parents always patiently tried to answer questions they asked. And when the parents did not have immediate answers, they taught their kids how to look for the answers and often searched for them together.

Their parents were also diligent about finding the best mentors, coaches and teachers who could support their children’s mental growth and skill development.

Parents often face the question of whether they should take the “specialist” approach and encourage their children to specialize in an activity that they show high potential in, or take the “generalist” approach and expose them to many different things (e.g., baseball, soccer, piano, math club) to help them become well-rounded.

Early specialization doesn’t mean that your kid gives up doing other things, perhaps for fun or even for developing additional skills. It just means that they’ve picked the activity where they are committed to putting in the effort required to become as good as possible at it.

The parent mindset is that the earlier they encourage their kids to learn the basics of a field their kid shows promise in, the sooner they’ll progress to more advanced skills. And the sooner they develop those advanced skills, the quicker they’ll develop best-in-class skills. And the quicker they gain best-in-class skills, the more likely they are to attain a rare and elite level of proficiency.

7. They encourage competition and improvement

Many of the exceptionals I studied and interviewed grew up in a continually competitive environment.

Being competitive from an early age, even in small activities like board games or who can clean their room the fastest, exposed them to the stress and pressure that was required for them to win later in life.

But their parents also taught them that they should not place value on just competition and results, that being exceptional is more than just keeping score. If you solely fixate on results, and not improvement, then you’re less likely to master your field.