by Jonathan Robinson: Meditation has been around, in one form or another, for thousands of years. 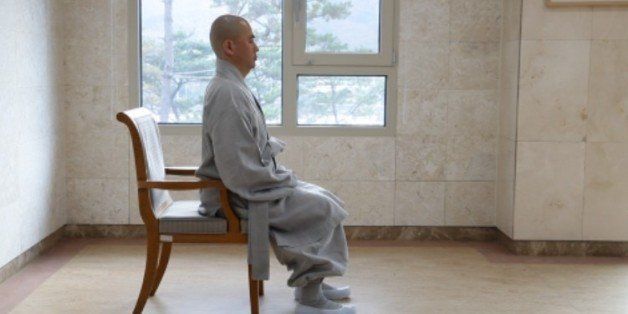 Yet, it wasn’t until Maharishi Mahesh Yogi taught a simple form of meditation to the Beatles that it began catching on in the West.  The Maharishi was the founder of Transcendental Meditation, better known as TM.   For a somewhat pricey initiation fee, TM instructors taught hundreds of thousands of people a simple form of meditation that utilized a sacred sound known as a mantra.   A “mantra” is simply a sound in Sanskrit that is believed to have a specific, soothing effect on the nervous system.  By slowly repeating this sound to yourself, studies show that a very deep level of rest is achieved, and many people experience higher states of consciousness.

Herbert Benson, a research doctor at Harvard studied people who practiced the TM technique.  He was very impressed by the changes meditators reported in their lives, as well as the physiological changes he measured in his lab.  However, after studying people who did TM for many years, Dr. Benson concluded that it didn’t much matter what mantra a person used.  He wrote that virtually any soothing sound, repeated in the way that the TM teachers instructed, would create a profound “relaxation response.”  Dr. Benson suggested that people use the word, “one” as a mantra, and save themselves the hefty price of the TM course.

Having been instructed in the TM technique, I agree with Dr. Benson that there is little advantage to getting your own “special” mantra.  The main benefit to taking the TM course is the ongoing support it offers.  In addition, when you a lot of money to learn to meditate, there’s a tendency to stay with it—even when it’s a bit difficult.  On the other hand, when you read the basic technique from a book, you don’t have the support and level of commitment of people who have paid good money.  That being said, I’m going to reveal the basic technique here, and you can decide for yourself if you’re committed to doing it on an ongoing basis.  As with most spiritual growth disciplines, it gets easier with practice, and the benefits received are based on the time and effort you put forth.

In the TM technique or any form of mantra meditation, you first need to find a quiet time and place in which you won’t be disturbed.  Sit in a chair, with your spine comfortably straight, close your eyes, and take a couple of slow, deep breaths.  After about thirty seconds, begin to slowly say the mantra to yourself (not out loud).  For the time being, we’ll assume you’re using the word “one” as your mantra.  Continue to repeat the mantra to yourself at a comfortable pace.  Whenever you realize you’re thinking other thoughts, immediately (but gently) go back to slowly repeating the mantra: “one…one…one….one.”  Don’t be concerned with coordinating the mantra with your breath—simply think the mantra at a pace that feels comfortable to you. After twenty minutes, or however long you’ve set aside to meditate, stop repeating the mantra, take a couple of deep breaths, and when you’re ready–slowly open your eyes.  That’s it!

If you’re like most people, you’ll spend a lot of time thinking thoughts instead of repeating the mantra.  That’s okay.  The one important rule to remember is that, as soon as you realize you’re thinking something other than the word “one,” immediately go back to focusing on the mantra.  Your thought process might look like this:

“One….one…one….this is boring….oops….one…one….I wonder how much time has gone by…one…one…one…one…one…I don’t know if this is really doing any good. I should really be preparing for that meeting I have tomorrow.  Oh no, I didn’t even remember to get that woman’s e-mail address.  I need to…oh….one…one…one…one…one.”

By going from mantra to thoughts, back to the mantra, you release stress and eventually enter a more refined level of consciousness.  After twenty or so minutes, you’ll likely feel very relaxed, much more at peace, and physically refreshed.   It’s twenty minutes well spent.

If you desire, you can choose your own mantra.  It should either be one, two, or three syllables long, and have a soothing sound to it.  For people who like to use two syllable mantras, I often suggest the words, “one love.”   Other common mantras include: Allah, Jehovah, Rama, Hahmsaw, and ohmmm.   When you find a mantra that feels right to you, stay with it. Don’t go changing your mantra for the sake of variety.  Over time, you develop a “relationship” with the mantra you use in meditation, and you learn to “ride” it in to ever deeper states of peace and joy.

To get the greatest benefits from meditation, it’s important to meditate consistently. Maharishi Mahesh Yogi suggested people meditate for twenty minutes in the morning and twenty minutes in the evening. My personal belief is that any amount of meditation is better than none, and that being consistent is more important than how long you do it for. Although there are literally hundreds of different forms of meditation, I decided to include instruction based on the TM technique because it’s so easy to do. The best form of meditation is the type that you’ll actually consistently practice.  If you know of a powerful method–but you never use it–then it’s of little value. This form of mantra meditation has helped millions of people throughout the ages experience a deeper level of peace, harmony, and spiritual connection. If you make a commitment to practice it, it can have a major impact on the quality of your life.