The Brain-Changing Magic Of New Experiences

by Gabriella Paiella: The psychological reasons why novelty—from visiting new places to socializing—makes us happier and healthier people… 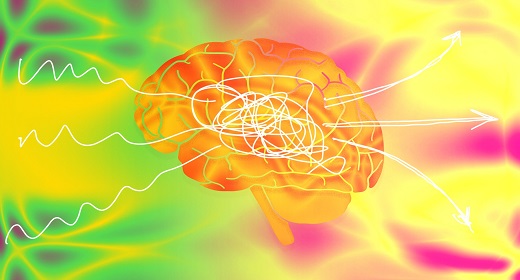 This story is part of Mind Yourself, a series on mental health—why so many men struggle with it, how institutions are addressing it, and practical ways to improve your own.

Early on in the pandemic, when I spent most of my days confined to my apartment, I noticed something strange start to happen. Even the most mundane new experiences made me feel genuinely elated. When the trees bloomed in spring, they looked psychedelic. Seeing the sun glint on a nearby lake was as pleasurably disorienting as peering into a kaleidoscope. Taking a walk to a different neighborhood I had never explored might as well have been a trip to Marrakesh.

Before this, I would not describe myself as a person who enjoyed “the simple pleasures.” Previous springtimes were not spent thinking fuck yeah, look at that tree! whenever I saw a cool tree. I had historically chased down constant newness out of abject fear of boredom. So when comparatively minor experiences that otherwise wouldn’t have registered made me exhilarated, I wanted to know exactly what was going on in my brain—and how I could make that feeling last.

“There is a connection between novelty and happiness,” Dr. Laurie Santos, a cognitive scientist who teaches the wildly popular “Psychology and the Good Life” course at Yale, told me. “Novel stimuli tend to activate regions of our brain that are associated with rewards.” There’s more than just the dopamine rush, though. “Novel things also capture our attention … you’re more likely to notice things and be present,” Santos continued. “There’s lots of evidence that simply being more present can improve our mood and happiness.”

After previous studies with animal subjects found that new experiences are beneficial for brain development, a group of researchers attempted a similar experiment in humans. They enlisted subjects in New York City and Miami and tracked GPS data on their phones, while texting them every other day to ask about their mood. The study was conducted pre-pandemic and published in Nature Neuroscience in May 2020.

“What we found was that for every person, on days when they displayed greater exploration, greater “roaming entropy”, they reported feeling happier. It’s as simple as that,” said co-author Dr. Aaron Heller of the University of Miami. His team then did a more nuanced analysis in which they collected how many new places their subjects visited. “The experience of novelty, or going to places you had never been before, actually seemed to have an even larger association with positive emotion on that day.”

The researchers also found a bi-directional relationship between exploration and happiness: people who are in a good mood are more motivated to explore, while people who explore more end up in a better mood. The best part? The positive feelings from experiencing something new bled into the next day, if not the day after that.

Beyond happiness, which is already a pretty good deal, novelty has other upsides.

Novelty Changes How We Perceive Time

The neuroscientist Dr. David Eagleman, who’s focused much of his research on time perception, discovered something fascinating about novel experiences: they make time pass by more slowly. In effect, this can make your life feel longer. Think, for instance, about summers when you were a kid versus summers now.

“The only time you really write down memories is when something is novel. For a child, at the end of a summer, they have lots of memories to draw on because so many things are new. The summer seems to have taken forever in retrospect,” Eagleman explained. “But once you’re an adult, you kind of know the rules of the world, so when you get to the end of the summertime, you think, Oh my gosh, where did that disappear to? Why? Because you don’t have any “footage” to draw on. You can’t really remember much in terms of distinguishable memories of the summer because everything else was pretty much routine.”

Eagleman and colleagues have also researched how new experiences, or lack thereof, affect our brains. “There’s generally a drive, especially as people get older and have less energy, to make things more predictable,” he said. “But it is the most important thing that you can do for your brain, always put it in novel situations, give it novel challenges.” Social experiences are key here. “I mean this in a good way,” he said. “Other people are the biggest challenge that the brain has, because you never know what the other person is gonna say or do.”

Our brains are constantly degenerating, Eagleman continued. (After spending the last year and change mostly in front of my computer, I swear I can feel this happening in real time.) “Think about an old city, where the roads haven’t been repaired in a long time,” he explained. “When you’re confronting novelty all the time, you’re building new pathways and bridges and roadways in there.”

Of course, our brain cities have been deteriorating a bit more than usual over the past year. Dr. Rich Walker of Colorado State University Pueblo has spent decades researching the link between variety of experience and positive emotions. He has found a noticeable decline in both over the course of the pandemic. First of all, when we talk about new experiences, they have to be visceral and physical. “We’ve had a number of experiences written down now in our studies that reflect Zoom experiences, experiences that are digital. Those are emotionally flat,” he said. “They don’t have nearly the engagement. They’re rated as being significantly less memorable, significantly less important, significantly less engaging. The emotionality tends to be neutral to negative with these experiences and they’re simply just forgotten very rapidly.”

He also brought up social experiences as a key to mental health. “Social engagement is one of those things we see related to a person’s ability to overcome negativity,” Walsh said. “What we’ve been seeing is that through the pandemic, our participants are engaging in less of that and that has led to a depressing of their ability to cope with negativity.”

But What If We Can’t Have New Experiences?

As the pandemic showed, there will be plenty of circumstances in our lives, oftentimes out of our control, that will limit the amount of new experiences we can have. We will also always hit a point called “hedonic adaptation,” when a new object or person or experience just isn’t very exciting to us anymore. Fortunately, Santos has some advice here. She suggests two techniques you’ve likely heard before: mindfulness and gratitude.

“The simple act of being grateful for the things that you have means that you’re paying attention to the features of them,” Santos said. “I’ve, in some sense, used gratitude to bring novelty to an experience that was boring a few seconds ago: when you’re thinking gratefully, it can all of a sudden seem new.”