The Perfect Number Of Hours To Work Every Day? Five

by Margaret Taylor: Research shows that five work hours a day can improve productivity and bolster wellbeing. There’s only one thing holding companies back… 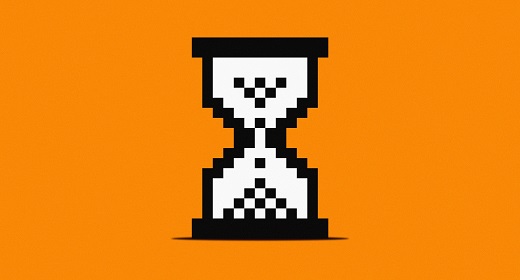 When Liverpool marketing agency Agent was asked by the BBC to test a Nordic-style, six-hour working day for a TV programme it jumped at the chance. Inspired by reports of six-hour days in Swedish care homes in 2016, the hope was reduced working hours would lead to new ways of looking after staff wellbeing. But the results of the month-long trial, which took place during the same year, were mixed.

“Lots of really good things happened,” says Agent CEO Paul Corcoran. “We looked at tasks in terms of time and said ‘we need 15 minutes to do that, half an hour to do that’ and really focused on delivering in that way. People were missing the worst of the traffic because they were coming in at 9am instead of 8.30am and they were finishing early, so they had the flexibility to do things like pick the kids up.”

But the downsides quickly became evident when staff started focusing too much on how they could condense their work into smaller and smaller time slots. “The idea was to give people more freedom, but we were finding we were going ‘oh fuck, we need to get everything done in those hours’ so it became more stressful,” Corcoran says. In the end, the business settled on a model where everyone works two short days and three long ones.

As employers grapple with how to manage the return to the workplace in the wake of Covid-19, the concept of compressed working is making a comeback. As left-of-centre politicians continue to make the case for four-day weeks, they are often forgetting evidence that shows five-hour days may be the better option.

“Research indicates that five hours is about the maximum that most of us can concentrate hard on something,” says Alex Pang, founder of Silicon Valley consultancy Strategy and Rest and author of several books examining the links between shorter working hours and productivity. “There are periods when you can push past that, but the reality is that most of us have about that good work time in us every day.”

The eight-hour working day is a relatively new concept, widely accepted to have been cemented by Ford Motor Company a century ago as a means of keeping production going 24 hours a day without putting undue demands on individual members of staff. Ford’s experiment led to an increase in overall productivity; but proponents of five-hour days, including Californian ecommerce business Tower Paddle Boards and German digital consultancy Rheingans, say they experienced a similar phenomenon when they moved to compressed-hour models.

Like Corcoran, Tower CEO Stephan Aarstol says he was startled by the results when the business adopted a five-hour working day in 2015. Staff worked from 8am to 1pm with no breaks and, because employees became so focused on maximising output in order to have the afternoons to themselves, turnover increased by 50 per cent.

“The warehouse guys were rolling their eyes when we first rolled this out, but the biggest gains were actually there,” he says. “It had taken them five minutes per package to ship before, but within a few weeks they had got that down to less than three minutes. They were doing stuff that real productivity experts would do. I told them they had a constraint and it forced them to creatively think.”

Rheingans CEO Lasse Rheingans says when he first floated the idea of compressed working with staff they came up with the idea of banning distractions like smartphones from their desks and minimising the use of “productivity killers like Slack”. The aim for Rheingans was to keep productivity constant but to give people more time off.

Although more productive and better for work-life balance, Rheingans says that, like Corcoran, he discovered after a year that shorter days are not without their downsides. “We realised that we were losing something on the relationship level,” he says. “It affects loyalty and team culture and the relationships people have in a company, when you don’t have time for chatter and small talk and coffee together.”

For Rita Fontinha, associate professor in strategic human resource management at the University of Reading’s Henley Business School, while there are clear upsides to compressed working hours – “it has benefits not only for individuals’ quality of working life, but also for organisations’ financial performance” – her own research underscores the drawbacks both Corcoran and Rheingans found.

“While a shorter work day could result in better time management and promote concentration, individuals may feel an added pressure to complete tasks on time,” she says. “The flexibility of potentially having some extra time to complete tasks if needed or to spend less time on them if they are complete is something valued by employees as demonstrated in [my] research.”

Similarly, Jan-Emmanuel de Neve, associate professor of economics and strategy at the University of Oxford’s Saïd Business School, says his research reinforces the argument that five-hour working days lead to greater employee wellbeing, which in turn leads to greater productivity. However, he warns that, by definition, productivity gains mean everyone is doing more work, which can have the knock-on impact of reversing wellbeing gains.

By doing more work in shorter time frames people are, in effect, setting themselves up to become more stressed. “Covid-19 forced us to work from home and [because of that] we are picking up improvements in productivity,” he says. “We need to be aware that when there are productivity gains we’re doing more work – we haven’t translated that into taking more time off, we’ve filled it in with more work. We’re hitting the wire now – it’s crazy to think how much more work we do than our parents or grandparents did.”

A societal downside of shorter working days is that not all jobs are suitable to be done in five-hour bursts. Research may have found that people’s creativity dwindles after five hours of concentration, but not all jobs require people doing them to be creative. “There’s an awful lot of work that doesn’t require deep focus,” Pang says. In call centres, care homes and factory lines, staff are needed simply to get the work done and, as Ford Motor Company demonstrated, there is a very good reason to ask them to do it in eight-hour shifts: it allows each 24-hour period to be broken down into three equal parts. For people doing those types of jobs, five-hour shifts are unnecessary from a productivity point of view; for employers, they are less tidy from an organisational point of view.

That, says de Neve, is problematic for the workforce as a whole. “There are a number of jobs that need to stick to specific hours and that permeates society, but there are lots and lots of jobs for which [specific hours] are completely unnecessary,” he says. “My sense is that there will be more variations and differences between those jobs [to come]. Unfortunately, that will probably exacerbate inequalities.”

For those employers that are able to contemplate new ways of working, the pandemic has created the space to start thinking about how best to do that. At the same time, it has forced those who had already embraced radical change to rethink their strategies. In California, Aarstol says Tower had to abandon five-hour days in the summer of 2020 when it looked like the business was going to go under. Rather than relying on the prospect of increased productivity to drive sales, it reverted to an always-available culture instead. In Germany, Rheingans says that after working from home for over a year during the pandemic, most employees want to continue to do so. That gives staff the flexibility to fit their personal lives around their work commitments, but it also means the key element that makes five-hour days a success – a solid period of unbroken concentration – is harder to achieve.

“We totally changed the model because some of us have kids and had to home school – there’s no chance you could work from 8am to 1pm next to your kids,” Rheingans says. The company introduced a rule saying no appointments or meetings could take place between 12pm and 2pm because people needed to look after their children or have time for themselves. “The rest of the time is flexible: organise yourself, be mindful and be healthy. I want people to work less, not more, because in the long run it’s way better and I want people to work to their strengths.”

Aarstol, meanwhile, says he has tweaked the Tower model so staff can continue to benefit from it without viewing it as an entitlement. “When I told staff we weren’t going to do the five-hour work day there was genuine disappointment,” he says. “That’s when I learned it had become an entitlement very quickly. Now we’re doing it for four months, from August to November, but only in years when we increase revenue. Now it’s a company-wide benefit, like a Christmas bonus everyone is working towards.”

Back in Liverpool, Corcoran believes a hybrid model that incorporates the positives of shorter working days for staff while taking account of the potential negatives for the business is the best way forward. Agent, he says, has been operating its two-short, three-long day model for four years and has found that it “works perfectly”. “It’s an adult environment, it’s not about micromanaging people. They have the freedom to be able to have two shorter days a week,” he says. “When you add those hours up, it equates to two extra days a month and that’s a really great bonus.”