The Song That Bob Dylan Described As The Greatest Ever Written

Bob Dylan called it the “greatest song ever written” and while it may have been lauded by noble dignitaries of culture ever since it was released, it is this proclamation that seems most significant… 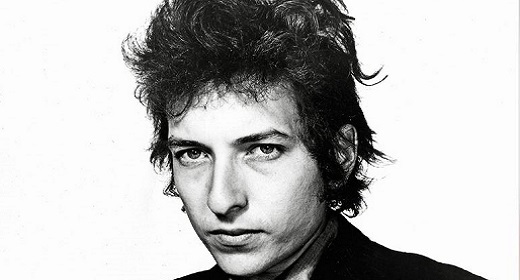 The poignancy of the praise does not reside in the fact that it came from a revered numen of the arts, but rather because during the era in which it was written no other musician was extolling virtues with as much vivacious truth as Dylan himself. When these profound, poetic and prescient, but nonetheless, humble truths were mistaken for the sagacious rally cries of a firebrand gunning to be a moral arbiter of society, Dylan withdrew.

In his retreat, he produced the album New Morning. The withdrawal for Dylan was not easy; it was a reclamation of his own individualism, but as he said himself: “All I can be is me, whoever that is.” The song ‘Sign on the Window’ plucks out a verse that elucidated the dichotomy of his condition: “Build me a cabin in Utah / Marry me a wife, catch rainbow trout / Have a bunch of kids who call me pa / That must be what it’s all about…” In many ways, this disavowing of any political connotations and ever-deepening existential introspection upheld an even grander universal truth within the rapidly modernising world – society may underpin freedom, but our lives are not governed by circumstance and even less so politics, but rather how we experience the world. No song in history has made that point quite as perfectly as ‘Wichita Lineman’.

In the very first second that the needle pulls onto the gravel track of the grooves, Carol Kaye’s descending bass notes whisk up the sonic landscape of the song in a spiralling ensemble of strings and a symphony of synchronised instrumentation. Thereafter telephone poles rise from the auditory ether in the dusky hue of the Midwest as the most immediate musical transportation unspools. Far from the nondescript platitude-riddled pastures where most love songs take place, ‘Wichita Lineman’ thrives on specificity, and as a result, it paradoxically clutches the universal by humanising the individual tale therein. Neither the songwriter Jimmy Webb nor the performer Glen Campbell were ever linemen, but it is on empathetical values that the song hinges and as such it becomes one of the most relatable ever written regardless of your own experiences.

“When I heard it, I cried,” Glen Campbell told BBC Radio 4, “It made me cry because I was homesick. When I was on the way home, I saw all these electrical wires and the telephone poles, it made me cry.” The truth is that without the weight of music behind it, a man weeping at the sight of a telephone pole would never occur unless a telephone engineer suddenly developed an unabating fear of heights. But in ‘Wichita Lineman’ they are not only representative of a singular tale about a lonely workman out on the highways, but the unnoticed struggle of the common man in general.

“Glen gave me a call from the studio and said, ‘Can you write me another song like ‘By the Time I Get to Phoenix’,” Jimmy Webb explains, “and I said, ‘no’, but he kind of mentioned the geographical genre and I took a swing at it and I called him back that afternoon and I said, ‘I don’t think this song is finished, but I’m going send it to you’. And the next time I heard it; it was on the record.” For Jimmy Webb, the song remained unfinished, or at the very least a first draft, and in a purely nebulous way that could not have been a more befitting paradigm for the job of eternally maintaining the telephone lines that stretch along the great plains of America. And on this rare occasion, I don’t think that transcendental embodiment is too much of a reach.

It is often true that in many cases with music, songs are imbued with depth after the fact that was never really there in the first place. They evoke personal corroborations, and we fill in the blanks and claim they were contained in the masterpiece all along, elevating them, perhaps sometimes falsely, to lofty heights that tower above lesser songs or sometimes just lesser-known songs. However, when it comes to ‘Wichita Lineman’ that doesn’t seem to be the case.

Even Jimmy Webb’s explanation for the origin of the song itself seems to ratify this: “By the Kansas border the terrain absolutely flattens out… It goes on that way for about fifty miles,” he says. “In the heat of summer, the heat rises off the road in this shimmering mirage and the telephone poles gradually materialise out of this far distant perspective and they become large and rush towards you.”

“As it happened,” he continues, “I suddenly looked up at one of these telephone poles and there was a man on top talking on the telephone and he was gone very quickly and I had another 25 miles of solitude to meditate on this apparition. It was a splendidly vivid cinematic image that I lifted out of my memory when I was writing this song about an ordinary guy, a working-class type of dude.”

It is an instance orchestrated by pure happenstance, and yet it is hard to think of a more perfect metaphor for the vanishing working-class masses the world over, so much so that it seems to have been woven into place by some mystic figures of fate. The fact that on this occasion, the embodying apparition worked in a trade that literally connects society is a pastiche that emboldens the song with something larger than itself. It is one of those rare transcendent pieces of music that doesn’t seem to have been written at all but lassoed from the floating firmament and necessarily transposed to expose values and virtues that colour life with the sanguine hue experiential meaning.

There are moments of pure musical craftsmanship, like the perfect syncopation as Glen Campbell croons out, “And I need you…” just a half-beat before you expect it, as though he needs to get it off his chest. However, these flourishes of purposeful design disappear into the metaphysics of the perfectly realised swirl of sound and wisdom as quickly as the apparition that spawned it. Like the tendrils of wires that weave across the expanse, the hands that wove the tapestry go unnoticed amid the unfurling evocations rising from the void. Like the glistening symphonic soundscape crafted by Campbell, Webb, The Wrecking Crew, Al De Lory and others, the song is so full of depth that you could drop hammer into it and never hear it hit bottom.

In short, the meaning in this case – illuminated in near-unrivalled couplets like “I know I need a small vacation / But it don’t look like rain,” and “I need you more than want you / And I want you for all time” – is that love and grief, longing and belonging, struggle and triumph are all part of the same pact. And fortunately, the exultant soaring melody of ‘Wichita Lineman’ and the tale of love beyond illusion contained therein ensure that these trades do not come out as a draw because even the pains of the Lineman’s loneliness and ceaseless work are transfigured by the reward awaiting at home.