The Spirituality Of Psychedelic Drug Users

by Abigail Fagan: Psychedelic drugs, including LSD, psilocybin, and mescaline, have long had an association with spiritual pursuits… 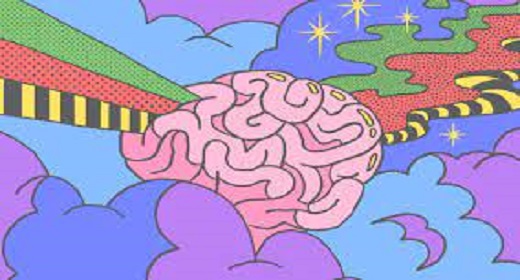 For example, psychedelic plants, such as psilocybe mushrooms, peyote, and ayahuasca have long been used in shamanic traditions in the Americas (Lerner & Lyvers, 2006).

Recent research has found that administering psychedelic drugs in a supportive setting can provide profound mystical experiences. For example, a recent study found that about 60% of volunteers in an experiment on the effects of psilocybin, who had never before used psychedelic drugs, had a “complete mystical experience,” characterised by experiences such as unity with all things, transcendence of time and space, a sense of insight into the ultimate nature of reality, and feelings of ineffability, awe, and profound positive emotions such as joy, peace, and love (Griffiths, Richards, McCann, & Jesse, 2006).

Psychedelic drug users endorsed more mystical beliefs (such as in a universal soul, no fear of death, unity of all things, existence of a transcendent reality, and oneness with God, nature and the universe). Psychedelic drug users also said they placed greater value on spirituality and concern for others, and less value on financial prosperity, than the other two groups. This accords with findings from another study (Móró, Simon, Bárd, & Rácz, 2011) that found that psychedelic drug users regarded spirituality as more personally important compared to users of other drugs and non-drug users. Spirituality in this latter study was defined as “one’s relationship to God, or whatever you perceive to be Ultimate Transcendence.”

These findings suggest that people who use psychedelic drugs consider themselves more spiritual, and perhaps less materialistic, than people who prefer other drugs or who do not use illegal drugs at all. A more difficult question to answer is whether taking psychedelic drugs induces people to become more open to spiritual beliefs and values, or whether people who already have these beliefs and values are more inclined than others to use these drugs. Lerner and Lyvers suggest that the answer is probably a combination of both as persons on a spiritual quest are more likely to take these drugs and their subsequent experiences may strengthen and deepen their spiritual values and beliefs.

There does seem to be evidence that there may be a two-way relationship between psychedelic drug use and having spiritual and mystical beliefs. A study on psilocybin by Griffiths et al. (2011) found that people who had never used psychedelic drugs before reported long-term (assessed over a period of 14 months) increases in “death transcendence.” That is, participants expressed an increased belief that there is continuity after death—a belief that death is not an ending but a transition to something even greater than this life. One of the core features of mystical experience is “an intuitive belief that the experience is a source of objective truth about the nature of reality” (MacLean, Johnson, & Griffiths, 2011).

Furthermore, as noted elsewhere, people who are high in a personality trait known as absorption (a tendency to “lose oneself” when focused on something of particular interest, within or without oneself) have a much stronger response to psychedelic drugs and are more likely to have a mystical experience compared to people low in the capacity for absorption. This would seem to indicate that some people are more likely than others to “benefit” from psychedelic drugs, in terms of having a profound spiritual experience. Hence, people with certain personality traits as well as the desire for autognosis are probably more predisposed than others to seek some sort of spiritual awakening through psychedelic drugs.

Having considered that psychedelic drugs may be conducive to mystical and spiritual beliefs and experiences, it may be worth considering what benefits psychedelic drug use might have. Griffiths et al. (2008) found that 14 months after taking psilocybin for the first time, nearly two-thirds of volunteers rated the experience in the top five for both most personally meaningful and most spiritually significant experience in their entire lives. About 64% said the experience had increased their personal well-being and life satisfaction. Having a mystical experience while on psilocybin appeared to play a central role in these high ratings of personal meaning and spiritual significance.

Additionally, volunteers said that they experienced positive changes in their attitudes towards life and to the self, as well as increased positive mood and a sense of greater altruism (Griffiths, et al., 2006). These self-ratings were confirmed by people who knew the volunteers well. The finding of increased altruism seems to concur with the finding by Lerner and Lyvers that psychedelic drug users reported greater concern for others compared to users of other drugs and non-drug users. Additionally, a study I discussed elsewhere suggested that psilocybin could reduce anxiety and depression in people with terminal cancer.

Móró et al. also found that psychedelic drug users did not differ from others (including users of other drugs as well as non-drug users in this study) in their apparent ability to cope with stress or in their sense of having a purpose in life. Additionally, I think it worth noting that Móró et al. found that their spirituality measure had only quite weak positive correlations with coping ability and purpose in life. This seems to suggest that one’s spirituality (i.e. one’s relationship to God or “ultimate transcendence”) may make little practical difference to one’s ability to cope with daily life or to conceive a sense of purpose in one’s life. I am inclined to speculate that mystical and spiritual beliefs might be of particular benefit when dealing with ultimate concerns such as dying, but may have considerably less practical value when dealing with more mundane concerns or even in relation to deciding one’s life direction. More research may help to make these issues clearer.

Additionally, Lerner and Lyvers were somewhat surprised to find that psychedelic drug users did not differ from the other groups in the value they placed on humility. Mystical experiences tend to be associated with a sense of self-transcendence that the authors initially thought might induce people to feel more humble about their place in the greater scheme of things and to attach less importance to their own ego. However, this notion is debatable. Sceptical writer John Horgan considers that in some people, mystical experiences could actually inflate their egos leading to grandiose beliefs about their superiority to others. That is, a person having a mystical experience might come away convinced that they are a prophet or a guru, or otherwise feel that they are more “enlightened” than other people.

One final note of caution I want to make is of a more philosophical nature. I think psychedelic drugs have great potential value, both as therapeutic tools and in research about the nature of the mind and consciousness. Mystical experiences induced by these drugs appear to have quite profound personal significance for those who experience them. One of the apparent features of the psychedelic mystical experience is that people experience, at least temporarily, a sense that deep truths about the nature of objective reality are being revealed to them. After the psychedelic trip ends some people might come away convinced that these experiences are genuine indicators of something real, whereas others may conclude that the experiences are an illusion. I don’t think research has clarified the proportion of people who find these “insights” convincing” compared to those who have doubts, so I think this is worth further study.[1]

My own belief is that while such experiences may indeed be wonderful and worthwhile, they do not provide valid evidence about the nature of reality. I agree with Sam Harris who has stated that we need to make a distinction between describing the nature of the psychedelic experience and making claims about the nature of reality. He says we should be very slow to extrapolate from what one experiences in the darkness of one’s closed eyes to what is true of the universe. He goes on to say that we need to be interested in the full spectrum of human experience and to be able to speak about it rationally without engaging in pseudoscience. Perhaps, future research might consider what benefits psychedelic drugs might have for people who are open to the full psychedelic experience, yet willing to remain sceptical about their ability to reveal “ultimate truths.”