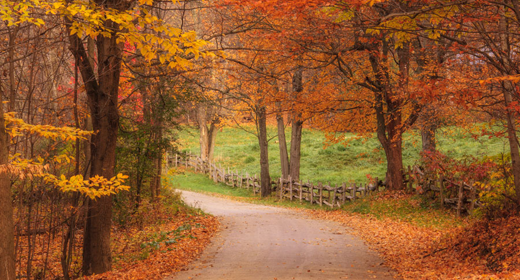 I like to tape inspirational messages to my dresser mirror. One of them reads “What’s around the bend?” I remember writing that one down at some point within the timeline of my divorce, when I was watching a lot of Abraham Hicks videos on Youtube. I like the mystery it implies. There’s something better coming… We just don’t know what it is, so get excited!

I still find it to be an inspiring reminder to refrain from getting sucked into the mud marsh of whatever life challenge may be sabotaging your moment. Since it is often the past that pulls us down and out of the purity of now, a reminder like this works as a counterpoint… a sort of “levity,” or lightness, to the “gravity” of our own ruminations.

During that chapter of my life, this little question, written on a blank flashcard, helped me get through the stress that is part of so many divorces… made still worse by the barrage of legal complexities that often feel overwhelming, woefully complex and interminable.

Having stayed too long in a situation that had become unhealthy, the little message also helped me take the first step into the long overdo event. Like so many others who remain in unhappy situations due to various fears revolving around the loss of security, comfort and familiarity, it took a push. That decisive push can come from anywhere… and it can be as small as an innocuous comment or as big as an act of abuse.

As it turns out, that’s how the mind works… its default go-to is the past because that is what it knows through direct experience. That’s what is familiar.

And that’s why it’s often so hard to let it go. Our mind can only “see” what we are about to “lose.” It can’t see what we are about to gain, or in other words, what is around the bend. Whether it’s a breakup, or a lost job, or a move… the mind will focus on the loss and what we’re leaving behind because it has a hard time envisioning what may be on the other side. It can’t imagine the new life ahead because it hasn’t registered in its bank of lived experience yet.

It’s a bit like an addiction. As one of my spiritual teachers used to say, “you’re just spinning the old story.” And that’s how dependency works… We stay hooked on a behavior even when that behavior is no good for us and no longer brings us anything healthy or truly joyful.

Why would we continue spinning stuff in our heads if it doesn’t feel good? Why would we stay in a situation, physically, even after that situation has become dysfunctional? That’s where it gets interesting… and even more like an addiction. As addiction recovery specialists explain, people often use drugs or alcohol to keep from feeling badrather than for their pleasurable effects. It’s a way to stay a bit numb to life.

And there’s also existential fear. The loss of anything is a palpable reminder of our own impermanence. We know it intellectually. But on a guttural level, it seems impossible that we are subject to the laws of change, like everything else. And the anxiety it causes takes the form of clinging… clinging to anything that gives us a semblance of security, familiarity and constancy.

And so, dropping our story (that keeps us trapped physically) is like dropping an addiction — one that we hold onto to prevent coming face to face with loss and with time, itself. So, we’d rather not. The problem is, we are not bringing ourselves anything good with this paralyzing strategy.

Replace the Old with Something Better—

The first step out is to find something to “replace” the old story with. This goes back to the Yoga Sutras, which explain that the best way to change a habit is to replace it with a better one. I have found that one of the most practical, on the spot remedies is to simply shift our perspective… and it’s got to be simple, otherwise we won’t do it.

Shifting into a spirit of curiosity about what’s to come serves as an enticing replacement. It is somewhat like an affirmation, in that it works by re-habituating our thought patterns. But unlike the objection that is sometimes put toward the use of affirmations—that they are not believable—this profound but straightforward question “what’s around the bend?” is simple enough, so that our inner skeptic won’t reject it for being too far-fetched.

There’s nothing to disbelieve. It’s just an intriguing suggestion. And as soon as we begin to feel better, reality itself feels better and the whole things begins to feed upon itself, like a self-propelled system. In short, we come to see a new reality, and we naturally shift into an uplifted state as new beliefs continue to follow from our new experiences.

You might be wondering… but isn’t this a future thought?… What’s around the bend? Aren’t we supposed to stay present?

Whatever we give attention to, will thrive. So, daily attention to exciting propositions brings a new sense of playfulness into our lives, in real time. We’re playing with possibility. And it makes life more exciting… NOW. The very idea of potential imbues the the present moment with a captivating sparkle of possibility.