by Steve Taylor Ph.D: The impulse that attracts us to challenge and danger… 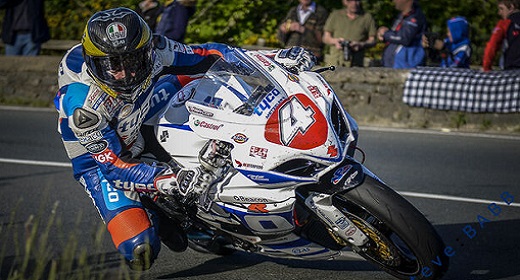 After leaving university I had a temporary office job and worked with a man who was an amateur motorcycle racer. Every year he went to the Isle of Man – a small island midway between England and Ireland – to take part in the ‘TT races’, known as the most dangerous motorsport event in the world. Motorcyclists race along narrow public roads, with sharp corners and steep hills, at speeds of up to 200 miles an hour. Every year there are a number of fatalities (3 in both 2017 and 2018, and 2 in 2019) and hundreds more serious injuries. The island brings over hundreds of extra nurses and doctors from mainland Britain to help deal with the injuries.

Once I asked my colleague why he liked the race so much, even though it was so dangerous. I realised straight away that it was a stupid question. He replied, ‘That’s why I like it – because it’s dangerous! Because it’s the opposite of everything about my office job. It’s not just the thrill of going so fast, it’s the feeling you get at the end, when you’ve done it, and you’ve survived. You’ve overcome the challenge and you feel fantastic. You feel like you can do anything. The world seems like a different place.’

Several years later, I met the man again by chance, and asked him if he still did the TT races. ‘No, I’ve got a family now,’ he replied, sounding slightly rueful. ‘So I thought it’s too much of a risk. Maybe I’ll start again when my kids are older. Now I’m learning to paraglide instead.’

The Urge for Safety Vs. The Urge For Danger

This story illustrates one of the paradoxes of human beings. There are two conflicting urges inside us. One part of us likes safety and stability – the kind which office jobs bring. We shy away from danger and difficulty, and try to protect ourselves from misfortune. We like to have secure jobs that give us a steady income, and to organize our lives into steady routines, which we repeat over and over. We like to feel that our futures are secure, and that we and our children aren’t going to lack for anything.

But there’s another part of us that pushes in a different direction, rebelling against safety and security. This part of us seeks out adventure and adversity. It seems to relish challenge and danger. We climb mountains, run marathons, and practice extreme sports such as paragliding or bungee jumping. We give up highly paid and secure jobs to work for charities, or to go sailing around the world. For this part of our being, it’s more important to feel alive than to feel safe. It’s almost as if we need challenges to keep ourselves awake, as if too much safety and routine puts us into a semi-comatose state in which we sleepwalk through our lives. We know – if only unconsciously – that challenges like the above are character-building, leading to increased confidence and resilience. They put us in touch with deep reserves of creativity and skill inside us, and make us feel that we are living at our full potential.

I refer to this impulse to seek out challenge and danger as ‘voluntary post-traumatic growth.’ Post-traumatic growth describes the long-term after-effects of traumatic experiences. Research has shown that all traumatic experiences can bring positive effects such as a greater sense of confidence and competence, a heightened sense of appreciation, a wider sense of perspective, a stronger sense of meaning and purpose, more authentic relationships, and so on. My view is that we human beings like to put ourselves in difficult and even traumatic situations as a way of harnessing some of these effects. We know intuitively that by surmounting challenges and dangers, we will gain the some of the benefits that people gain accidentally after traumatic incidents. We sense that we will become more confident and competent, more appreciative of our lives, and so on. In extreme cases – such as my colleague the motorcyclist – it is possible that people are acting on a subconscious impulse to expose themselves to the danger of dying in order to gain some of the psychological benefits of encountering death. These can be similar to those of post-traumatic growth in general, but more powerful.

Of course, this isn’t the only reason why people practice extreme sports or voluntarily put themselves through challenges. Extreme sports certainly may cause exhilarating neurological or physiological changes, such as heightened adrenaline or a release of endorphins. Overcoming challenges also brings a sense of achievement and accomplishment.