by Sarah Golden: The impacts of climate change feel abstract until they’re not… 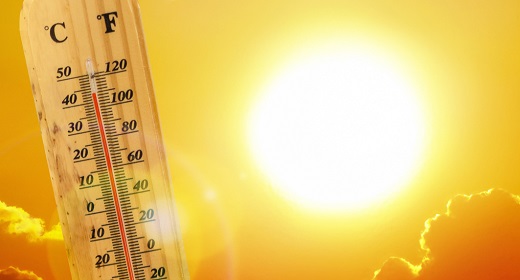 I’ve spent the last five days living through an unprecedented heat dome in Oregon. The temperatures are suffocating. It’s a reminder of how our systems are limping towards climate chaos, and we — and our infrastructure — are not prepared.

Heatwaves are a double whammy for the electrical grid. The combination of the hot weather and the increased energy running along wires go beyond what they were built to endure. As a result, transmission lines swell and sag and, in some cases, can topple infrastructure.

Even without extreme weather events, the power grid needs love. The grid was largely built in the 1950s and 1960s with a 35- to 80-year life expectancy, meaning much of it should have been retired and replaced by now. America’s energy infrastructure scored a C-minus on the U.S. Society of Civil Engineers’ quadrennial report card.

The Biden administration’s infrastructure plan, which continues to wind its way through the political process, includes billions of dollars for power grid investments and the creation of a new Grid Authority to oversee power infrastructure upgrades. With the political will and urgency aligning, it’s important to get those improvements right.

Here are three priorities to ensure the grid is resilient as the climate gets chaotic.

Thinking about a new AC? Make it all-electric

About half of the homes in the Pacific Northwest don’t have air conditioning. After last week, that is likely to change as people recognize that AC isn’t just a luxury; it’s a needed form of climate adaptation.

As people invest in new AC systems, they simply must be all-electric. The reason for this is twofold:

All-electric homes are still relatively new, meaning it can be more difficult to find the right contractors and appliances. If you’re considering a new system, check out The Switch Is On and The Building Decarb Coalition for more information.

With energy demands increasing during extreme weather, the ability for grid operators to balance loads is increasingly important. The alternative could be power outages, which is more than inconvenient, it’s dangerous. Heat is the deadliest type of weather event in the United States, and the numbers are sure to rise with global temperatures.

Organizations large and small are aiming to address the challenge. Software and technology companies such as AVENA, IBM and Hitachi ABB Power Grids (among others) are working on predictive analytics and machine learning to help utilities and power companies improve resilience and reliability.

Utilities across the country are also partnering with smart home technology companies, such as Google Nest, OhmConnect and Tesla Energy, to add needed flexibility to the grid when temperatures rise. Last week, Oakland-based OhmConnect announced it will give away 1 million smart thermostats in the hopes of curbing summer power outages.

When extreme weather strikes — from the heat dome in the Pacific Northwest to the cold snap in Texas — many areas fire up natural gas-burning peaker plants. While important resources to meet unexpected electricity demands, they create air pollution and are often sited in low-income communities, adding to the environmental burdens of communities of color.

With the cost of batteries falling (they’ve gotten 89 percent cheaper since 2010), some battery storage systems projects are already in the works.

Last week, Arevon opened its Saticoy 100-MW battery energy storage system in Oxnard, California, which will charge from the grid during nonpeak hours. Two years ago, Southern California Edison opted to build a battery system instead of a new peaker plant in California in its service territory. Oakland’s East Bay Community Energy also signed a contract in 2019 to swap out its jet-fueled peaker plant with a 20-megawatt, four-hour-duration lithium-ion battery plant, which it says will alleviate air pollution for the neighbors.

These are just a few of many things needed to get our electrical grid ready for the future. Ultimately, the changes we need must be sweeping and holistic. If we don’t work together, we’ll swelter together.