Elon Musk Explains Why Tesla Solar Power Is So Cheap

by Zachary Shahan: After discovering just how much cheaper Tesla solar power was compared to the US average and state averages, I was curious to learn more. So I asked Tesla CEO Elon Musk about it… 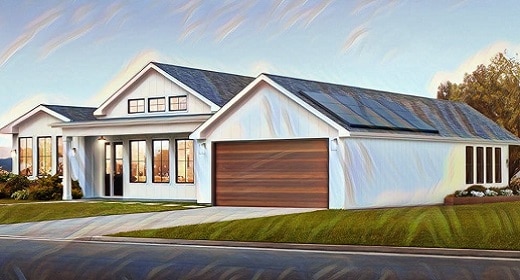 Last weekend, I wrote an article about the fact that the cost of solar power has dropped significantly in recent years. I started off by looking at the average price of solar PV panels alone, which were 12 time more expensive in 2010 and 459 times more expensive in 1977 than they are today. (I know — going back to 1977 was unnecessary. But it was fun.) After looking at solar PV panel prices, I got into the broader cost of a rooftop solar power system, which includes the cost of installation as well as many other “soft costs” related to going solar. While diving into that matter, it was striking to see that the average cost of a rooftop solar power system in the United States is $2.19/watt whereas Tesla is now offering rooftop solar power for $1.49/watt across the country. (Both prices are the price of an installed solar power system after taking into account the US federal tax credit for solar, which is 26% of the cost of the system.)

That’s a big price difference. Going deeper by exploring average solar pricing in different states based on an EnergySage report, I thought I’d find certain regions in which $1.49/watt was more typical. But I didn’t. The state with the lowest average price of solar was Arizona, which was at $1.85/watt after accounting for the 26% US tax credit. (Note that EnergySage presented pre-credit prices in that ranking, so it shows $2.50/watt instead of $1.85/watt for Arizona.) In California, where most US solar power is installed, the average price of a solar system according to EnergySage was $2.18/watt after the tax credit ($2.94/watt before the tax credit). When you put all these watts together, a difference of 69 cents per watt is a big deal. That’s $4,140 on a 6 kilowatt system, or $6,900 on a 10 kilowatt system.

There are some things that Tesla can clearly benefit from in order to bring down its solar costs. For example, Tesla is a pretty popular brand. (Okay, it’s a scorchingly hot brand.) That means Tesla hardly has to do anything to advertise its solar power systems. Additionally, Tesla is heavily online — people buy their cars online, on their phones even — and Elon Musk has one of the most popular accounts on Twitter. He can occasionally tweet out a reminder about the solar program and — bam — sales secured. The popular @Tesla account on Twitter can do the same. Historically, a lot of rooftop solar sales have been made by going door to door. Yes, door-to-door sales is still a thing, and it’s a big thing in the home solar power industry. That used to cost SolarCity (which Tesla acquired in late 2016) a lot of money. It costs #1 US home solar installer Sunrun a lot of money. It isn’t cheap having sales people walk around neighborhood after neighborhood trying to get people to make a purchase of something that costs thousands or tens of thousands of dollars, even if it will save them money in the mid to long term. Tesla can just send out some tweets, sell solar through its existing stores, and push solar indirectly through Tesla owner referral codes.

Despite knowing this and a few other ways Tesla might be able to cut costs, I felt like I didn’t have solid enough evidence to explain Tesla’s low solar power price to the world. So, I asked Tesla CEO Elon Musk about it. He responded:

“The other solar companies spend heavily on salespeople, advertising and complex financing instruments. We do not.”

There are other operational, overhead, maintenance/repair, and customer acquisition costs, but some of those costs may simply be covered by the rest of Tesla — accounting and legal matters, for example, can just be rolled into Tesla’s broader accounting and legal work/costs. Tesla is now making so much money on the automotive side of the business that it has certain advantages from economies of scale and from its overall financial might that must help to keep certain soft costs out of the rooftop solar power equation. A pure solar company doesn’t have those advantages.

As always, no matter what the averages and superficial price statements are, I do recommend that if any of you might go solar, you should get quotes from multiple installers in your area (they’re always free) and look closely at the details. Contracts are not all the same in terms of timeframe, maintenance, or financing. Of course, if you do go solar with Tesla and you don’t have someone closer to you to get a Tesla referral code from, you are certainly free to use mine — https://ts.la/zachary63404 — in order to get a $100 discount, especially if I convinced you at some point that it’s a good time to go solar.