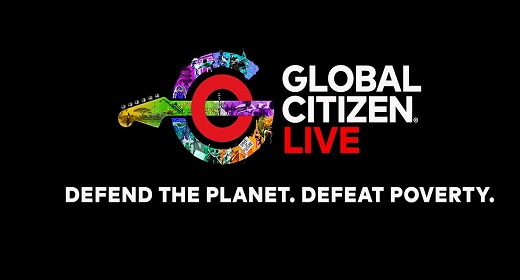 The once-in-a-generation 24-hour global broadcast will include simultaneous live music events featuring the world’s greatest artists, activists, and world leaders at iconic locations across the globe. Cities include Lagos, Rio de Janeiro, New York City, Paris, London, Seoul, Los Angeles, and Sydney. And even more locations, as well as location-specific details, are yet to be announced.

“It is very important to me to be a part of this historic event to spread awareness and encourage action toward helping the people of Ethiopia during this devastating humanitarian crisis they are faced with,” said The Weeknd. “It’ll be an honor to perform and help bring support to these citizens who are suffering so severely.”

Geoffrey Onyeama, Foreign Minister of Nigeria, added: “As we humans spend billions of dollars in search of newer worlds in outer space, Global Citizen Live brings us back down to earth by reminding the global community that charity should begin at home and we must preserve our earth and be our brothers’ and sisters’ keepers. We owe it to ourselves and generations yet unborn. Space can wait!”

Global Citizen Live is part of Global Citizen’s overarching Recovery Plan for the World, a year-long campaign to help end COVID-19 by calling on governments, philanthropists, and the private sector for financial commitments to kickstart a global recovery.

The campaign is powered by Global Citizens around the world taking action together with governments, corporations, and philanthropists to enact change to defeat poverty and defend the planet before it’s too late.

“COVID-19 has drastically reversed the progress toward achieving the United Nations’ Global Goals, pushing upwards of 160 million people back into extreme poverty,” said Hugh Evans, CEO of Global Citizen. “There are now more than 40 million people on the brink of famine. Progress on climate change has halted, as the majority of the Fortune 500 fail to set science-based carbon reduction targets. We must rectify the damage done and hold world leaders and businesses accountable for ensuring that the entire world recovers from this pandemic together. ‘Equitable recovery’ is not an act of charity — it is the only way we can ensure a fighting chance at achieving a sustainable world free from extreme poverty.”

To help the world kickstart an equitable COVID-19 recovery and get back on track to achieve the Global Goals by 2030, Global Citizen launched the Recovery Plan for the World in February. As part of the campaign, Global Citizen hosted VAX LIVE: The Concert to Reunite the World in May, which mobilized more than 26 million COVID-19 vaccine doses and $302 million to the ACT-Accelerator for equitable health access to countries most in need.

Now, as part of the Recovery Plan for the World, Global Citizen Live aims to amplify that impact. Ahead of the G20 Summit in October and the major climate conference COP26 in November, Global Citizen is calling on world leaders, major corporations, and foundations to defend the planet and defeat poverty by making financial commitments to equitable and inclusive COVID-19 recovery efforts. These include:

“The European Commission and Global Citizen have accomplished so much for universal access to COVID-19 vaccines. We will continue working hand in hand to end the pandemic everywhere. Rally behind the global goal of climate neutrality. Stop the hunger crisis and fight rising inequalities,” said Ursula von der Leyen, President of the European Commission. “The Global Citizen Live event comes at the right time: I hope that governments, businesses and philanthropists will all hear the call of Global Citizens for action!”