How Dangerous Is the Delta Variant, And Will It Cause A COVID Surge In The U.S.?

by Tanya Lewis: A new, more transmissible form of SARS-CoV-2 is rapidly spreading in the country and poses a threat to unvaccinated and partially vaccinated people… 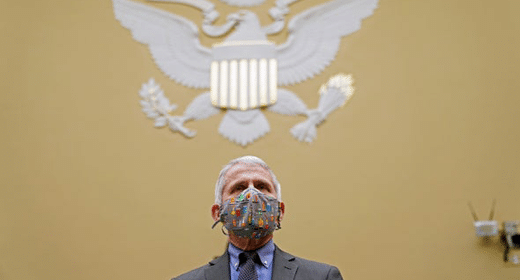 The Delta variant is here. First identified in India, this more transmissible form of the novel coronavirus has spread to at least 77 countries and regions and now makes up more than 20 percent of all U.S. cases. The Centers for Disease Control and Prevention has identified it as a “variant of concern.” If vaccination rates fail to keep pace with its spread, experts say, the variant could lead to new COVID surges in parts of the country where a substantial proportion of the population remains unvaccinated.

Studies to date suggest the Delta variant is between 40 and 60 percent more transmissible than the Alpha variant first identified in the U.K.—which was already 50 percent more transmissible than the original viral strain first detected in Wuhan, China. Delta has quickly become the dominant variant in the U.K. and has led to another surge in cases there, despite the population’s high vaccination rate. And it is rapidly becoming more prevalent in the U.S. A preprint study, which has not yet been peer-reviewed, found that Delta and another variant called Gamma, first identified in Brazil, are rapidly replacing Alpha, which had previously been the most common U.S. variant. As of June 30, estimates suggest Delta is now the country’s dominant variant, according to William Lee, vice president of science at the genomics company Helix, who co-authored the study.*

“It is the most hypertransmissible, contagious version of the virus we’ve seen to date, for sure—it’s a superspreader strain if there ever was one,” says Eric Topol, a professor of molecular medicine and an executive vice president at the Scripps Research Institution. The U.S. is poorly prepared, he says. Less than half of the nation’s population is fully vaccinated—and that number is much lower in some states, particularly in the South and Mountain West. “We’ve been warned three times by the U.K.,” Topol says, referring to previous surges in early 2020 and last winter. “This time is the third warning.”

There is some indication that the Delta variant may also result in more severe disease. A study in Scotland, published in the Lancet, found the hospitalization rate of patients with that variant was about 85 percent higher than that of people with the Alpha variant. But because of the time lag between hospitalizations and deaths, there is not enough data to say whether or not Delta is more deadly than other variants. “The thing we were surprised by is just how rapidly the Delta variant took hold,” says Aziz Sheikh, a professor of primary care at the University of Edinburgh and lead author of the Lancet study. “We were again in an exponential phase of growth of cases.” This should be a lesson for the U.S., he says.

Fortunately, vaccination appears to provide good protection against Delta—although one dose seems to offer less protection than it did against other variants. A preprint study by Public Health England found that two doses of the Pfizer-BioNTech vaccine and two doses of the AstraZeneca vaccine were 96 percent and 92 percent effective, respectively, at preventing hospitalization in people infected with Delta That result is comparable to the level of protection seen against other variants. Meanwhile a single dose of the AstraZeneca vaccine was only 71 percent effective against hospitalization caused by Delta (a single dose of Pfizer was still 94 percent effective), and one shot of either vaccine was only about 33.5 percent effective against symptomatic COVID from that variant, highlighting the importance of getting both doses. The U.K., which had postponed second doses in an effort to vaccinate a larger portion of its population quickly, has now delayed its reopening plans by four weeks to allow time for more people to get both doses.

Several experts said they do not expect the Delta variant to cause a nationwide surge here in the U.S. like the one that occurred last winter. But they do anticipate localized outbreaks in places where vaccination rates remain low. “I think it really is going to depend on a community-to-community basis,” says Angela Rasmussen, a virologist at the Vaccine and Infectious Disease Organization–International Vaccine Center in Saskatchewan. The outcome will also depend on the climate and people’s behavior, she notes. In hot places where people spend a lot of time in air-conditioned buildings and vaccination rates are low—such as parts of Arizona and Texas—“I think we’ll definitely see local surges,” she says. But in San Francisco or New York City, where a large percentage of the population is fully vaccinated, she believes it will be a lot harder for the virus to gain a footing.

“We were headed down to containment for the first time in the entire pandemic in this country, and we’re going to take a detour,” Topol says. The best-case scenario, he adds, would be if Delta only causes some small and isolated bumps in cases—like the Alpha variant did in Michigan earlier this year while cases continued to decline elsewhere in the country. Within the next few weeks, the Delta variant will become dominant in the U.S., Topol says. “We’re going to likely see this patchwork phenomena,” he notes. “Certain places will light up, and hopefully they won’t light up too badly.”

Vaccination remains the best tool for combatting a Delta surge, according to Topol and others. It is unrealistic to expect that U.S. leaders will reimpose a lockdown or other restrictions, they say, so the focus should instead be on getting more people vaccinated as quickly as possible. Vaccine hesitancy and outright refusal remain major roadblocks, particularly among Republicans. Some states are offering generous incentives for vaccination, and there is some evidence that they help. Despite the widespread availability of vaccines, however, “there’s still a big problem with people not having easy access,” Rasmussen says. Some people may live far from the nearest pharmacy, or they may mistakenly believe that they have to pay for the vaccine. “We should start going door-to-door,” she says.

One group that appears to be more difficult to persuade is young adults. U.K. data indicate most of the Delta cases have been in younger people, who are less likely to have been vaccinated. In the U.S., adults aged 18 to 29 have had the lowest vaccination rates of any age age group, a recent CDC report found. Members of this group have a lower risk of severe disease or dying from COVID, but they can still be hospitalized and are at risk of developing long-haul symptoms. “There are still plenty of negative outcomes,” Rasmussen says.

Experts say the Delta variant poses a relatively low threat to fully vaccinated people. “You should not worry at all” if you have had two doses of the Pfizer-BioNTech or Moderna vaccine, Topol says. Less is known about how well the Johnson & Johnson vaccine protects against the Delta variant. And immunocompromised people still need to be somewhat careful even if they are vaccinated because they may not have developed strong immunity from the vaccine. Reports of a recent outbreak in Israel suggest that some fully vaccinated adults who had gotten the Pfizer-BioNTech vaccine were still infected, prompting the country to reimpose indoor mask mandates. But in the very rare cases where vaccinated people have gotten COVID, the data show it is much less likely to be severe. “We haven’t seen any variant that has overridden our vaccines,” Topol says.